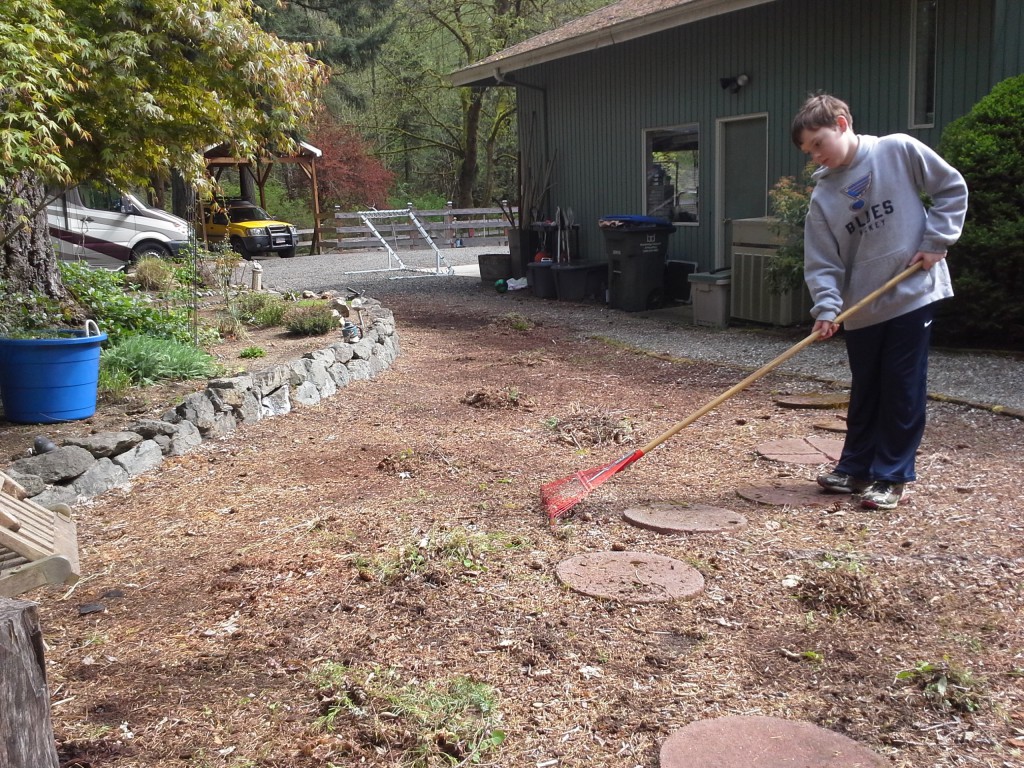 Sam doing some raking during a big yard work effort!

The boys expressed an interest in working for ACTUAL money, and Richard had a job in mind – sprucing up the living space on the property (not the woods – the area bounded by the fences and woods). He thought they could pick up pine cones and rake up piles of debris, then take them over to a dumping area off the side of the driveway. So – Richard spec-ed the job with the boys and offered $20 EACH! Ben listened to the job description and said “$20 for each piece?” That would be a good deal! Funny negotiator. They worked consistently for about 2 1/4 hours. I asked Richard to rate them on a scale of 1-10 for work ethic, attention to detail, and attitude – he gave them 8 out 10! I asked them to rate themselves as well and they tended to agree (although Ben gave himself a 10 initially, then regraded to a 9). They also earned a tip for going above and beyond. Lessons well learned. Thank you, Richard, very much for giving them a chance to work hard and earn a big reward! Sam is earning his way toward the fourth grade outdoor education field trip to IslandWood – $188. I think he’s nearly there after egg sales yesterday and work today! 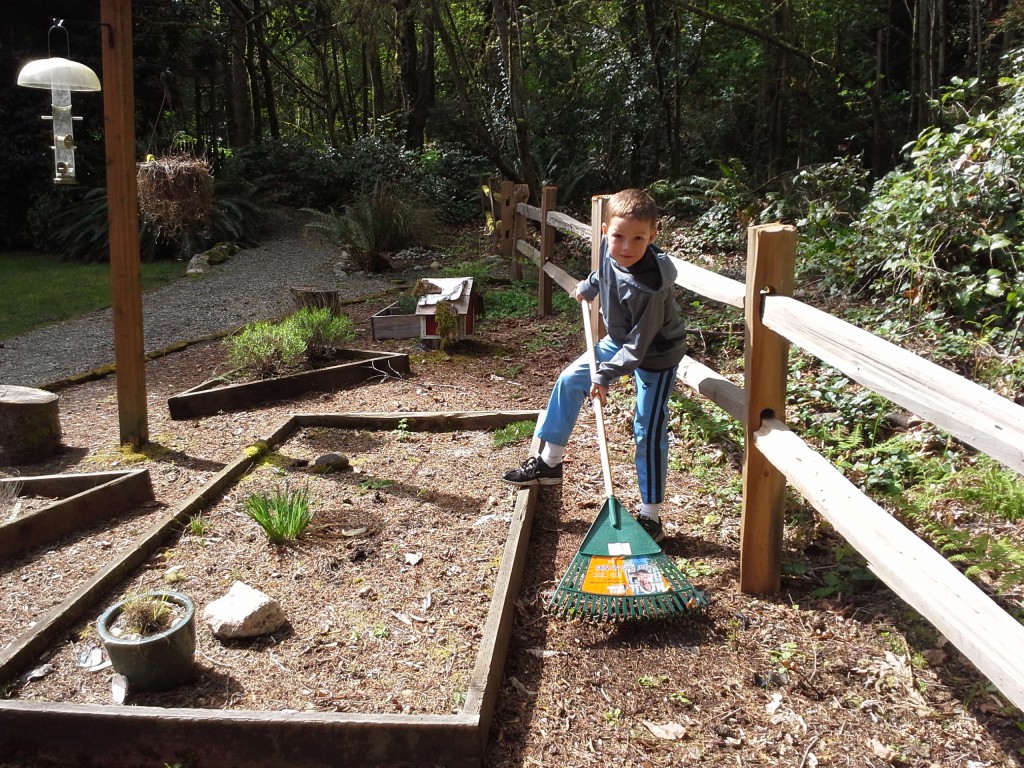 His partner, Ben, hard at work! 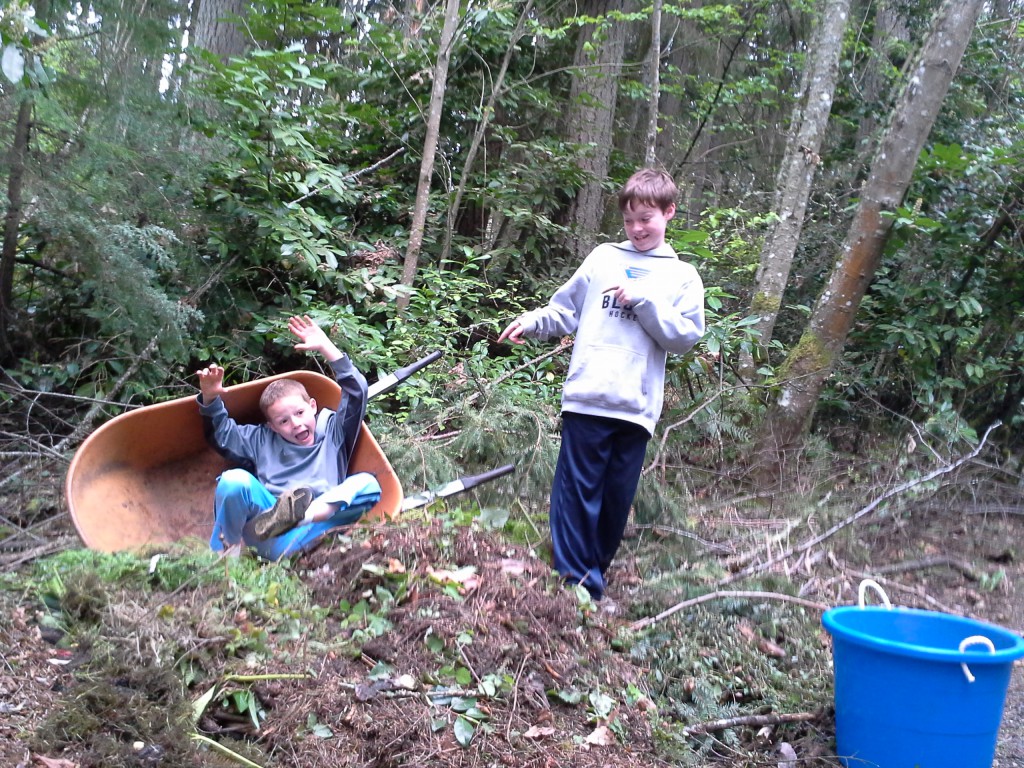 Hmmm…some shenanigans as we finished up the job! 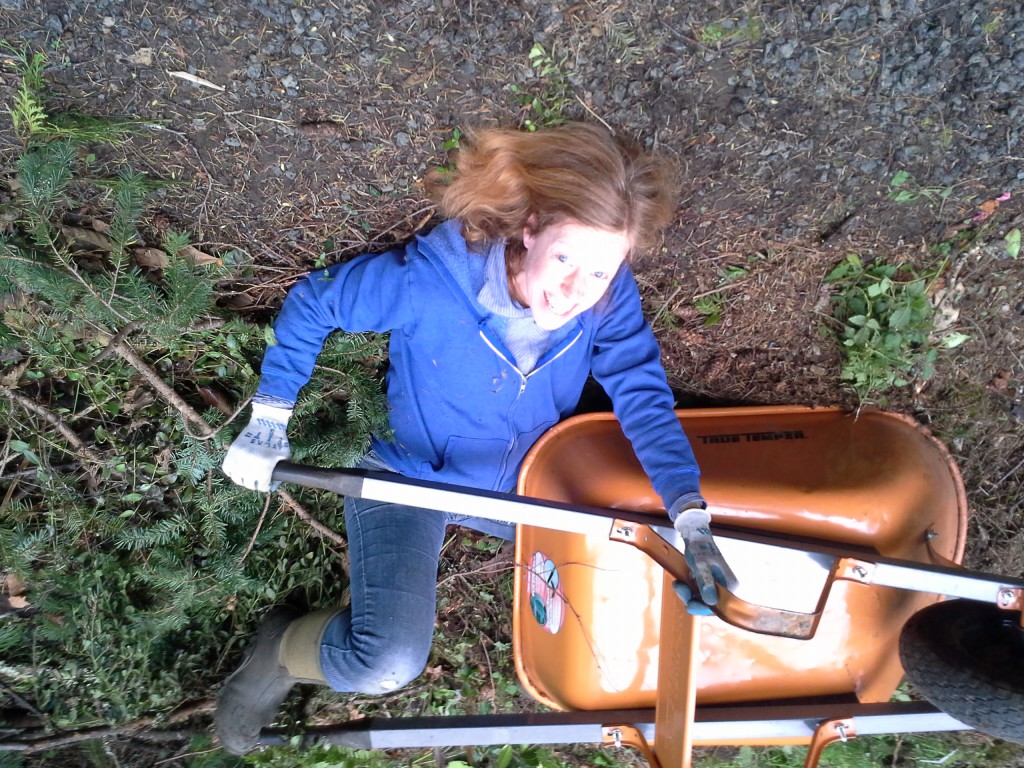 Mommy got stuck trying to get the wheelbarrow out! 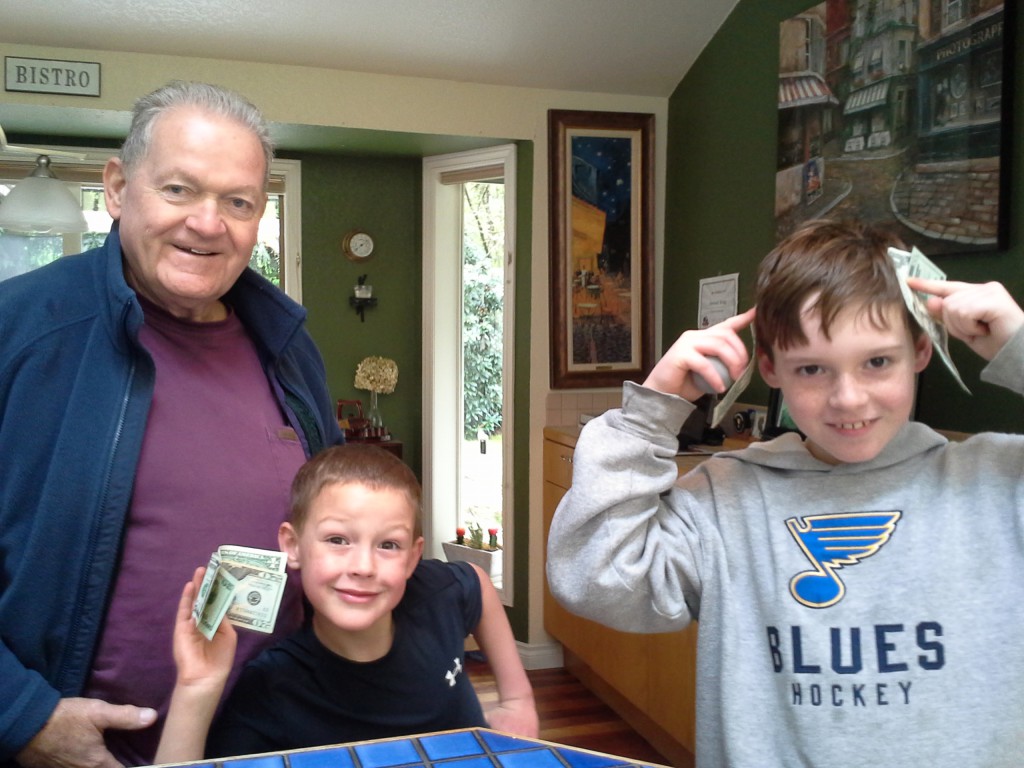 Thank you, Richard, for hiring us! You are very generous!