Too much loafing around over break 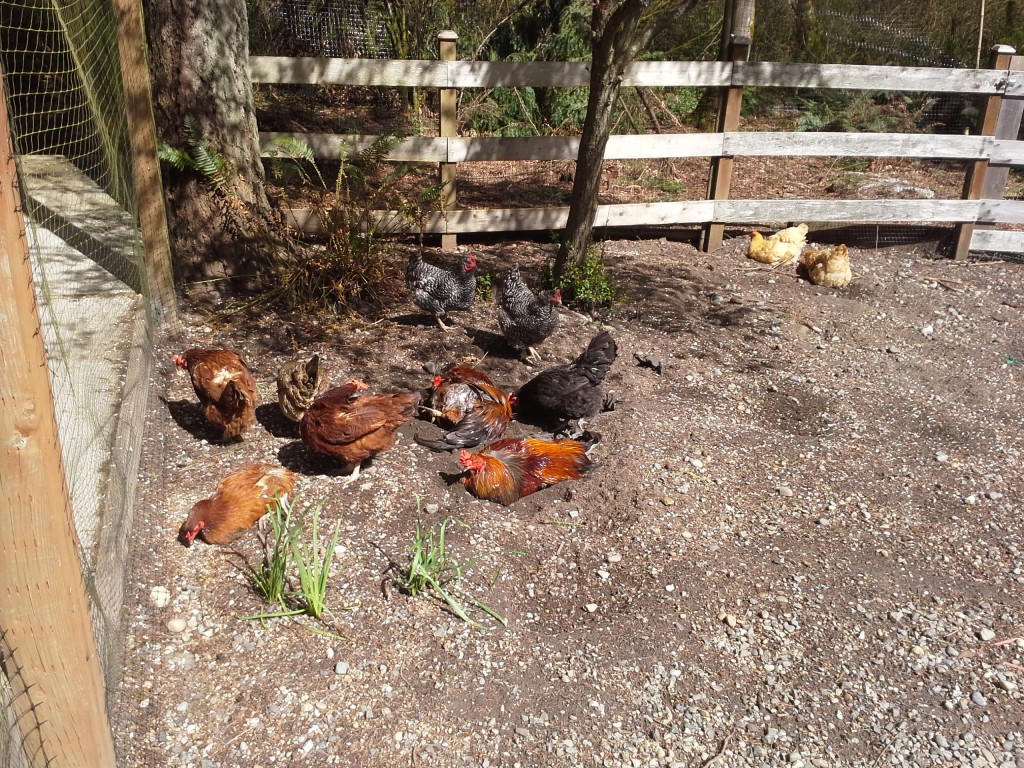 The chickens did a lot of lounging, too. We had glorious weather here, thankfully. Near 60 degrees and sunny 4 out of 5 days! You can see Merlin and Gordon actually taking a dust bath right near each other. Not only do they rarely rest–roosters are always on guard–but they rarely hang out near each other. This confirmed that Spring Break really was relaxing if two roosters would deem it safe enough to dust bathe simultaneously! 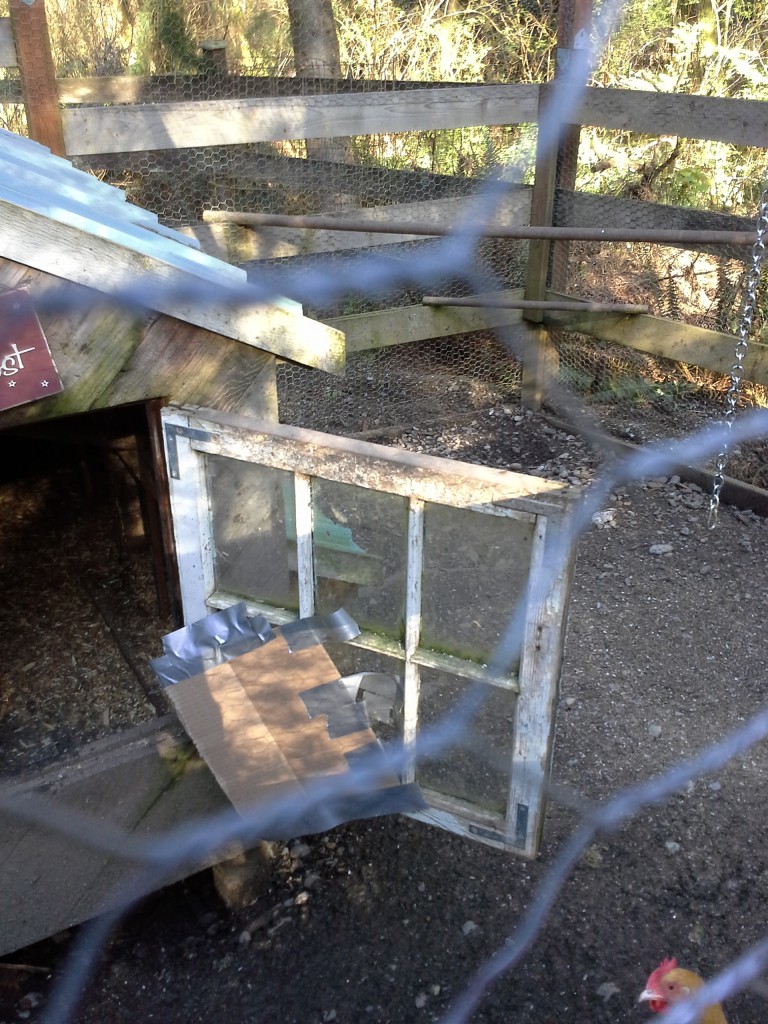 A little repair work to do! We actually meant to do lots of yard work over break, to take care of “The Abbey” (we watched Downton in about 5 nights) but more stuff ended up falling into the disrepair than repair category. Looking forward to Richard’s visit! I did fix the window, though. Not sure why it took me several broken panes of glass to realize ACE sells plexiglass… 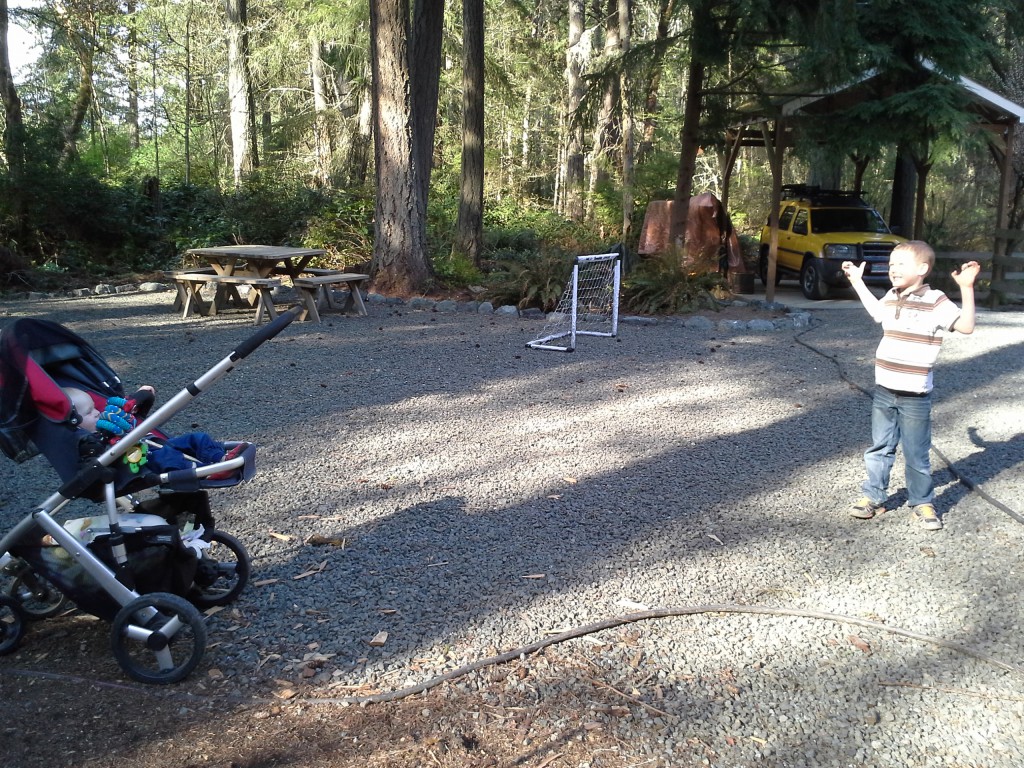 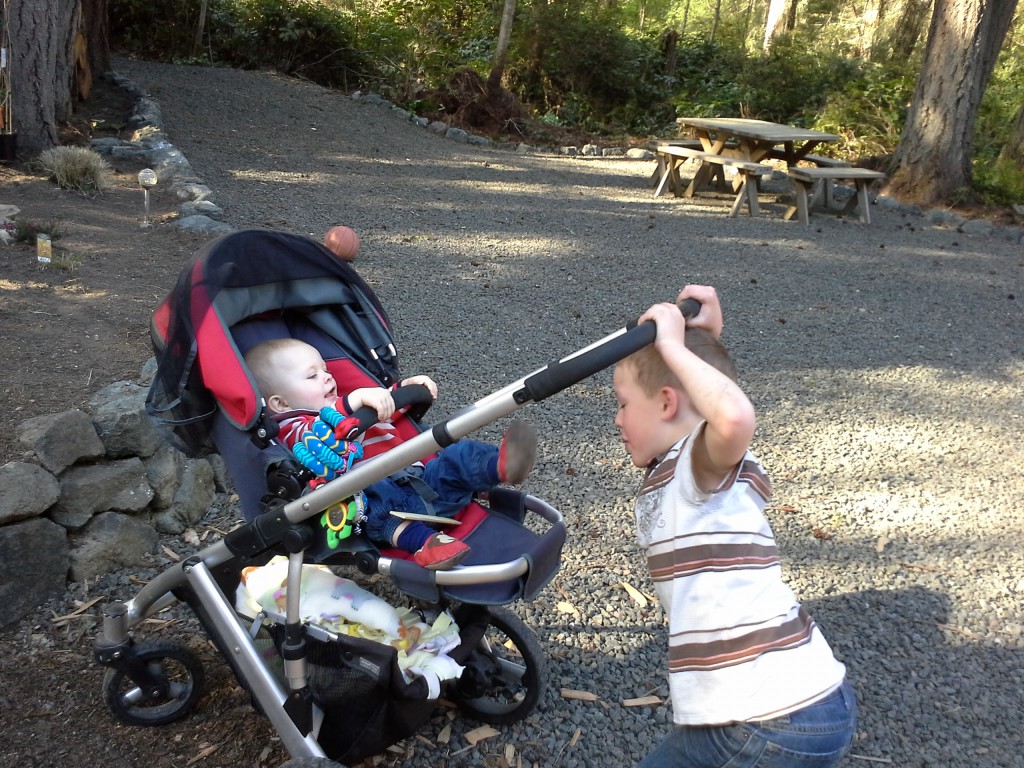 He went on and on and on in a 30-min monologue that just didn’t stop. Esther would kick her feet and wave her arms, much to Ben’s amusement.