I’m trying to learn Russian, and now that I have a very good (FREE) app to help with Cyrillic, I’m making headway. I was able to say a few phrases in Russian, but without knowing the letters I just couldn’t get much further than repeating conversational phrases. (It WAS fun to find a pair of Russian parents in Winthrop over break and speak to them, though! Dave was like: “Leave it to you to find the only Russians in the valley.”) So tonight I was practicing writing the letters I’ve learned on Google translate. If you use the drawing pad, you can test your accuracy. From there I moved on to speaking Russian. It was time for the boys to brush their teeth, so why not learn something practical? Here’s what it looks like: 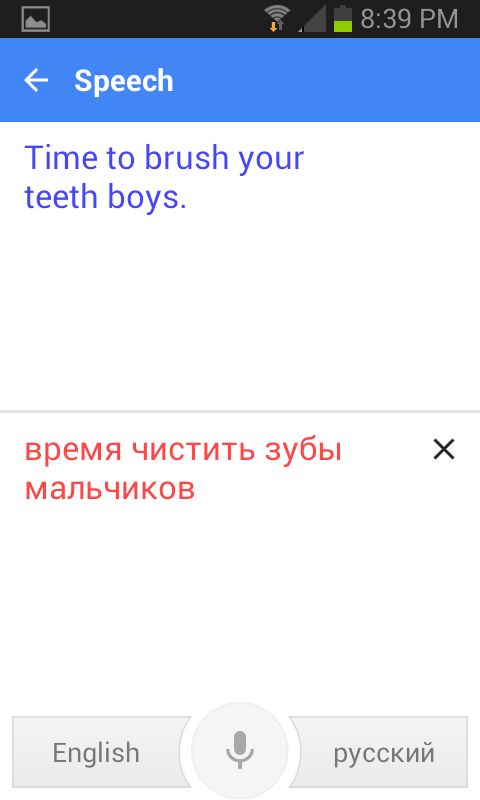 Google translate – I spoke in Russian and finally got it correct enough to translate what I  meant to say! You would not believe the outtakes, though! I was LAUGHING out loud. Then I had the boys and Dave try. Dave thought it sounded like I was asking for a cheese stick. (Sounds like “vremya chestit’ zuby malchikov”.) In the outtakes below, I’m hitting the microphone and trying to pronounce the words correctly. If I don’t get it right, funny translations appear above. 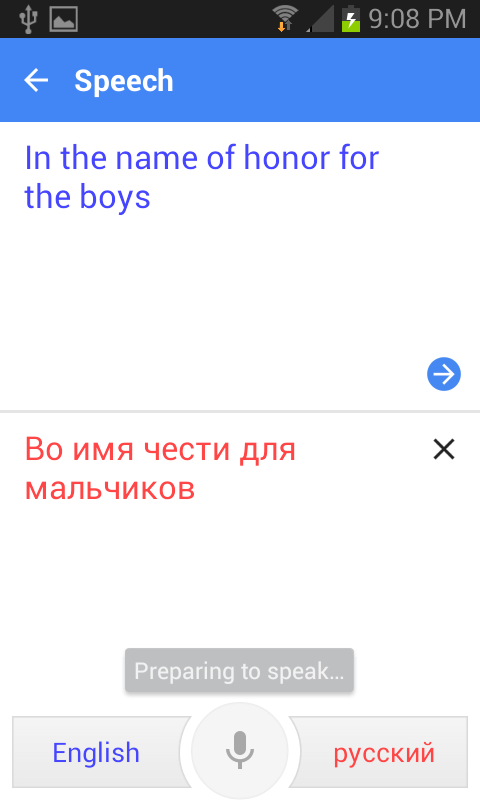 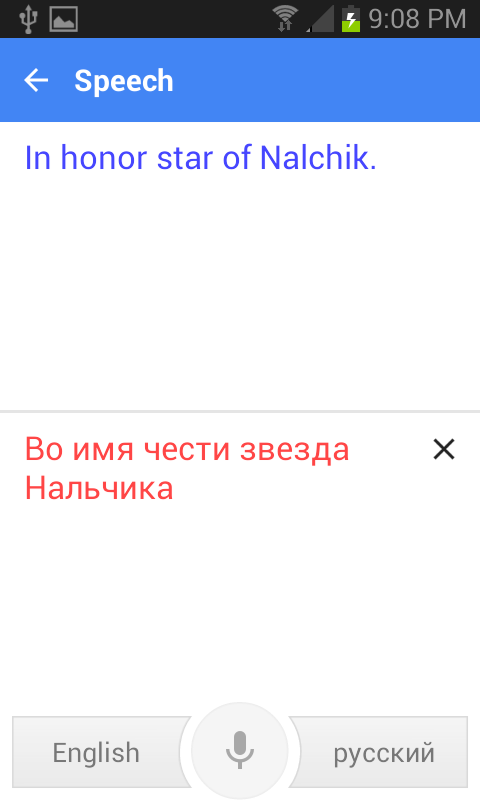 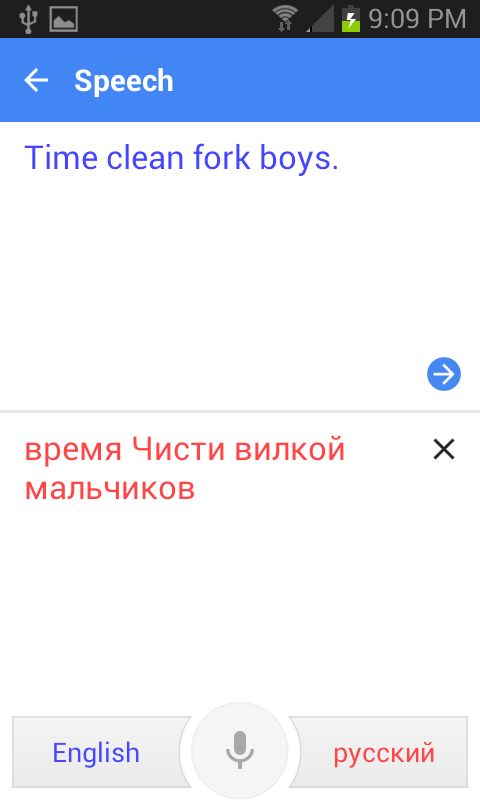 Friday Ben’s Mites team played during the Warriors’ intermission. It was fun for him, but 3 hours of transit to play 5 minutes on the ice? He REALLY wanted more skating time, but managed to score a goal from all the way at the other side of the ice. 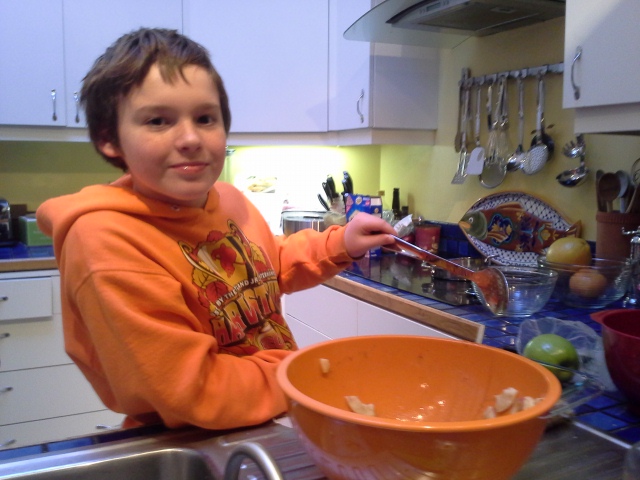 Sam and I made pies yesterday to take to our friends’ home for a dinner gathering (which was wonderful). He made one with red apples and a sugary sauce which was actually pretty good, and I made one with green apples (double crust). Came out respectably enough. 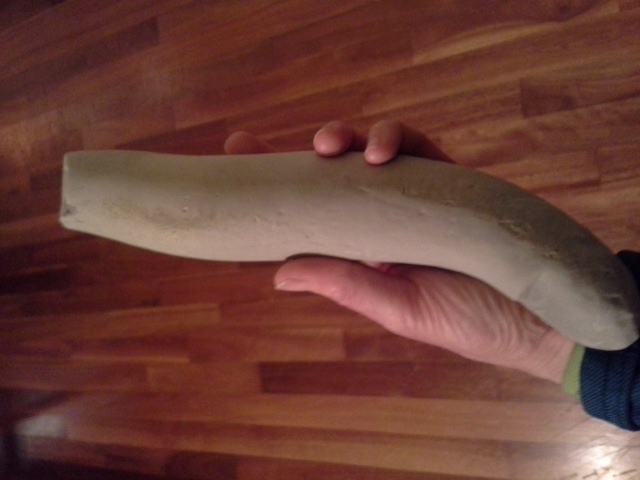 This is a coprolite – fossilized worm feces from a lake bed in Seattle. I brought this up at dinner with friends last night and just had to display it because it’s so odd, and unless you come visit my artifacts shelf in our foyer, you’d never have the distinct privilege of seeing fossil worm feces.