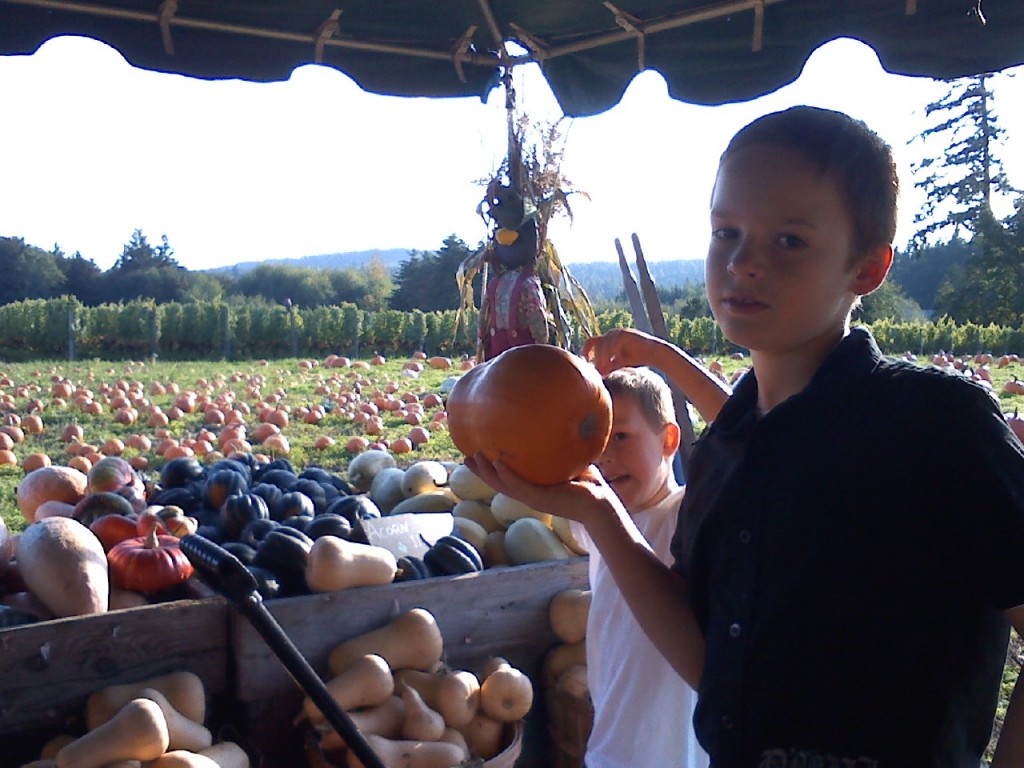 At the pumpkin patch the last time we saw the sun. Well, no, I exaggerate. I think it came out yesterday. But we get about an inch of rain a day it seems! Summer ended with a BANG!

This is an email I sent to Ben’s teacher the other day:

So I was asking Ben how school was going and a few things about his day. I think he spun some yarns. J  Perhaps a T/F quiz would give you a laugh?

I saw her today and in passing she said: “Um, the answer is false to all of the above, but I wasn’t sure if you were for real or not at first!”

In other news, poor Sam has a nasty nasty cold and was home with me today. We had to go to a meeting so he was in a district administrator’s office doing some math games on her computer while I met. She had to disinfect afterwards. Isn’t she gracious? Same office that Ben always went to for meetings with me last year. You can draw right on her wall, and she gives out candy when you leave. She’s awesome. But anyway, say some prayers he feels better soon. Also say one or two for Dave who was up all night last night taking calls and then left at 5am this morning for work. A guy in his office already has the flu. Everyone is asleep right now so I am heading there, too. Mom must stay healthy!!!!