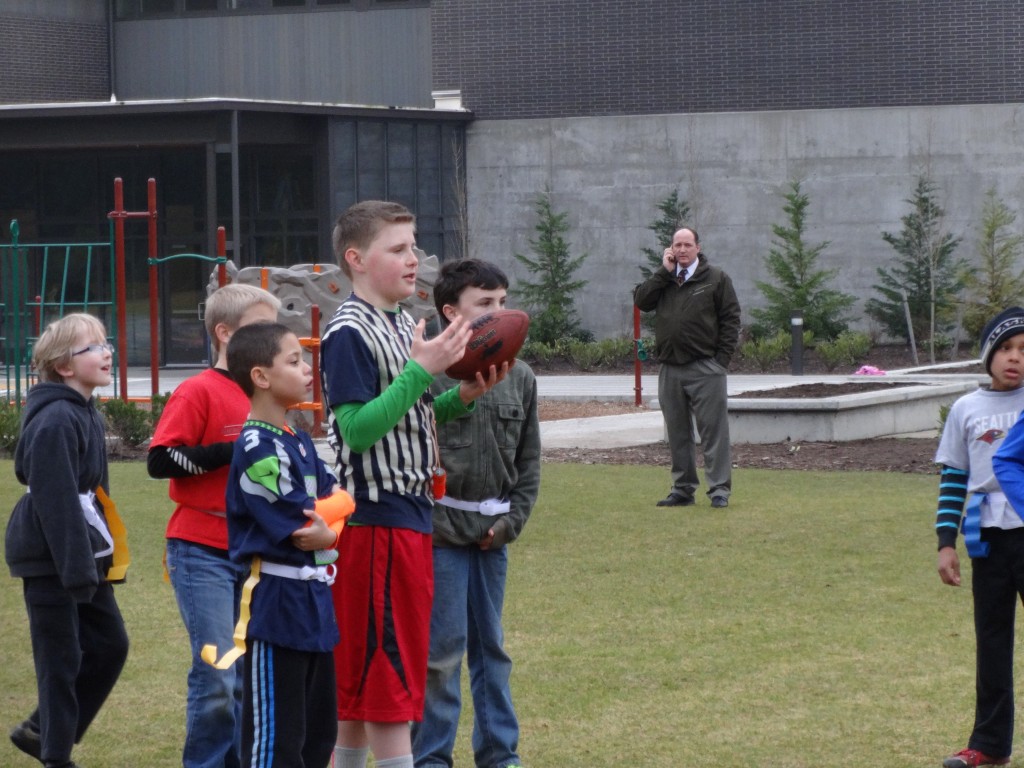 Dave looks like the intense coach on the sidelines, but he’s having to deal with myriad issues at work and managed to sneak out to be there for Sam despite it all. THANK YOU, Dave. 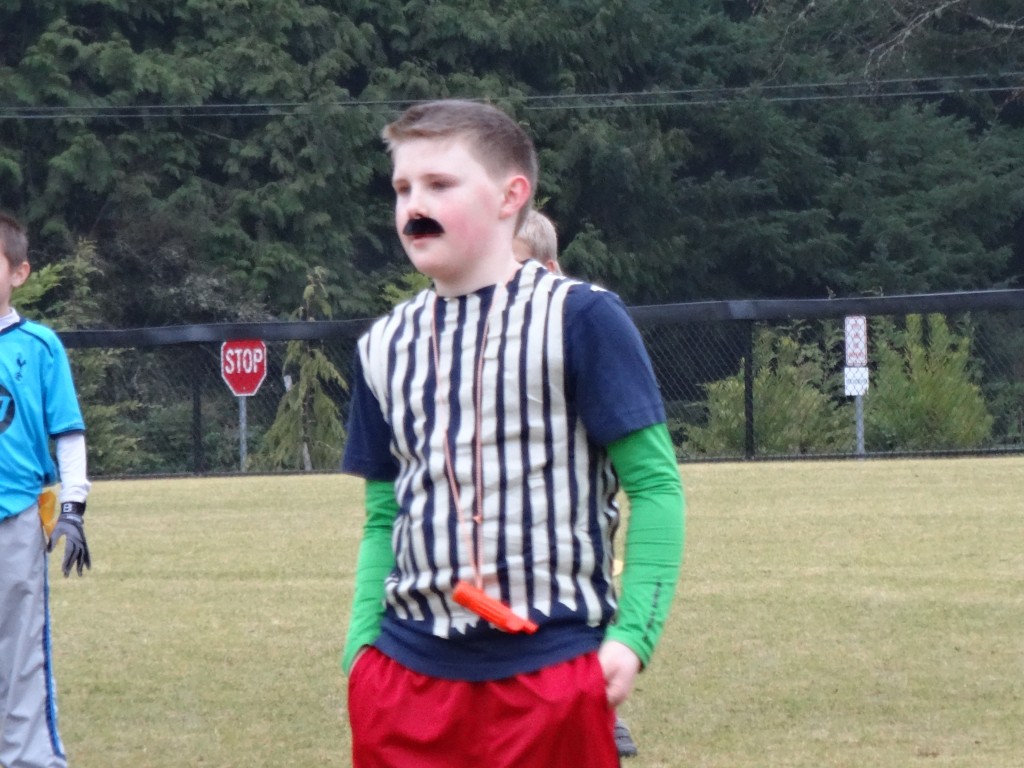 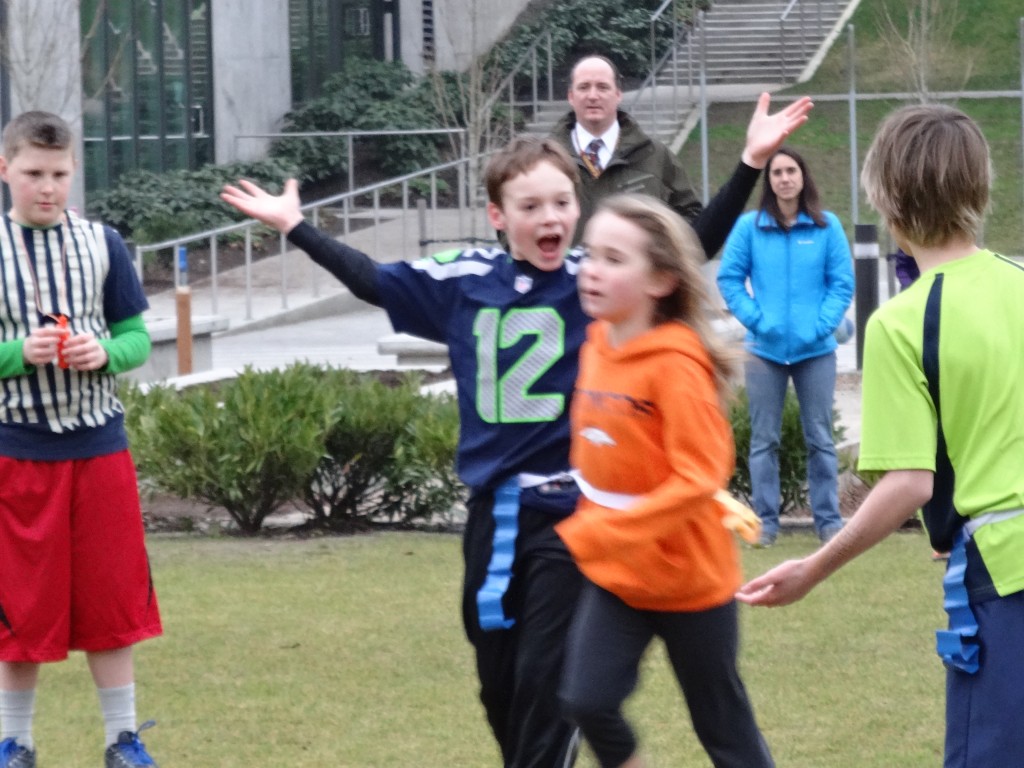 Sam is responding to a call here, he says, and that is Ellie who was the only girl to come and had many key tackles! 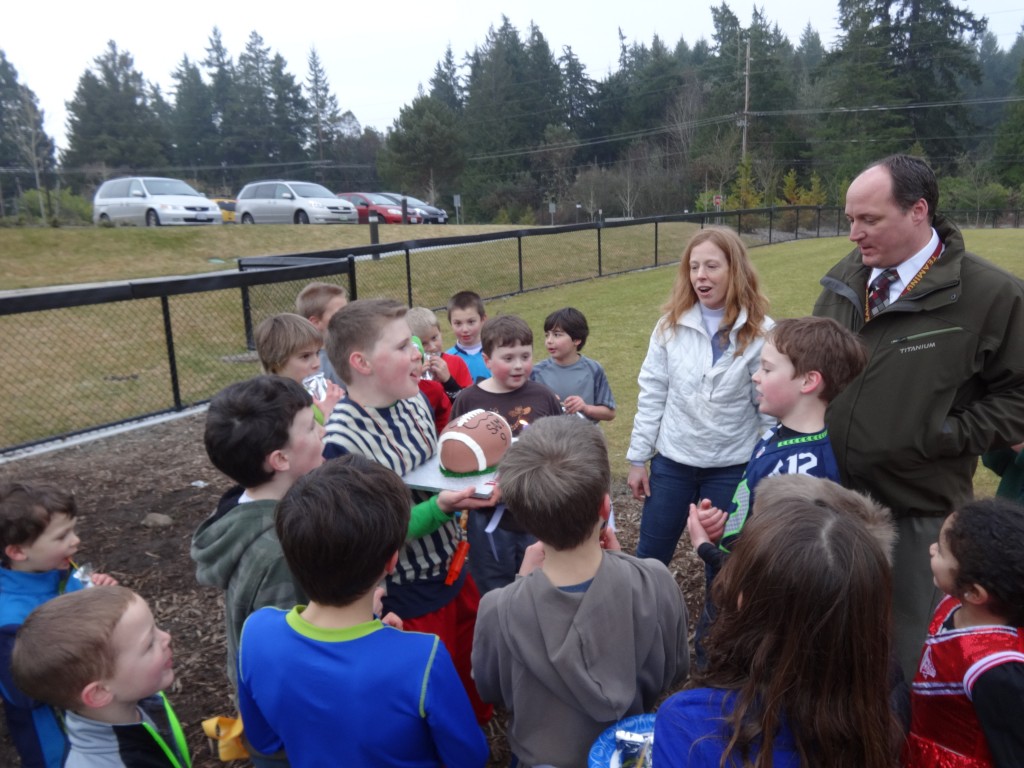 Blowing out the candles and singing! Look at that cake! 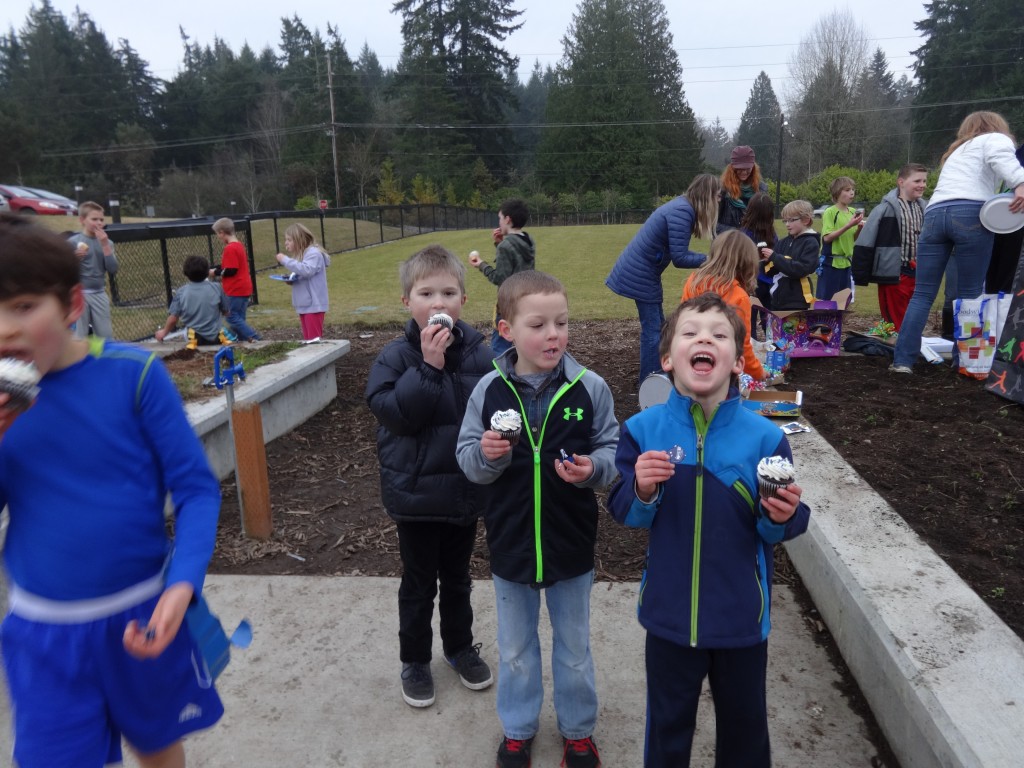 Ben and his buddy Eli played soccer the whole time. They are loving the cupcakes!

Well, it was a great time but completely nuts! Our volunteer ref and friend, Nate (5th grade) actually taped up a dark shirt with masking tape to look like a referee. That is my hiking whistle he’s using. Love the mustache! Nice touch. He really worked hard out there. Lots of tough calls, and you would not believe all the yelling and screaming on both teams – very vigorously-expressed opinions! I tried to do a “last shall be first and the first shall be last” approach to picking teams so those who usually aren’t first got picked first. That worked with ok with my pre-defined NFL draft pick roster, until about double the number of kids showed up! Word apparently got out that I’d invited the whole school. Maybe next time I will – and get several more coaches and refs! 🙂 All said they had a great time. To wind it all down, I tied an old beat-up base drum around my waist with a bike tire inner tube and one of the other moms beat on it as we marched down the field. It was very funny! Alma has some rhythm! Sam said it was probably the best birthday yet. That is what REALLY matters at the end of the day. The birthday boy felt celebrated by his friends and had fun with them. THANK YOU to Brie for being photojournalist. She snapped 94 shots before her poor hands froze off. And thank you to Vicki for the pom poms for the cheerleaders (the girls), and to all the guys and gals for coming out to play! That was a ton of fun!