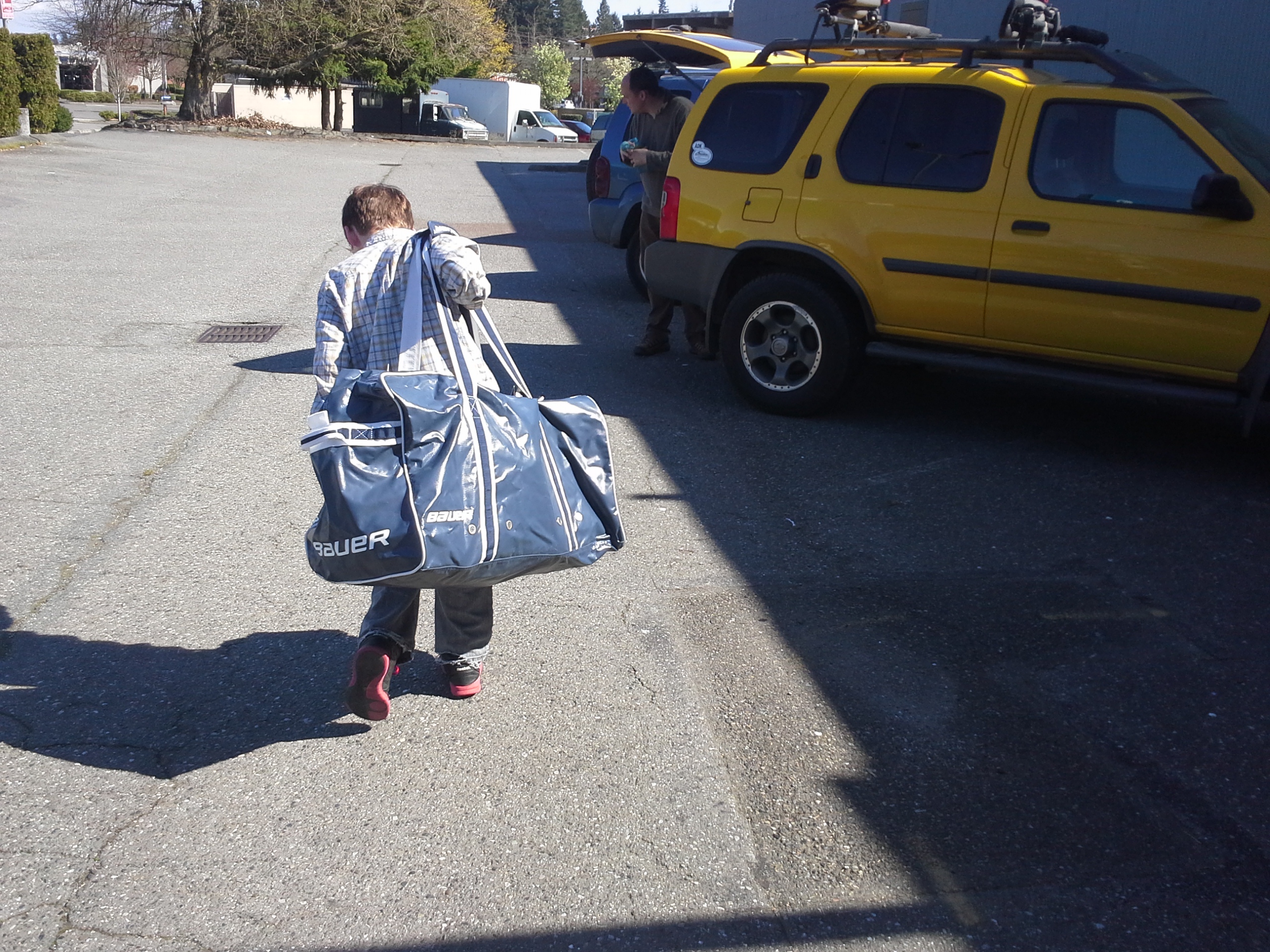 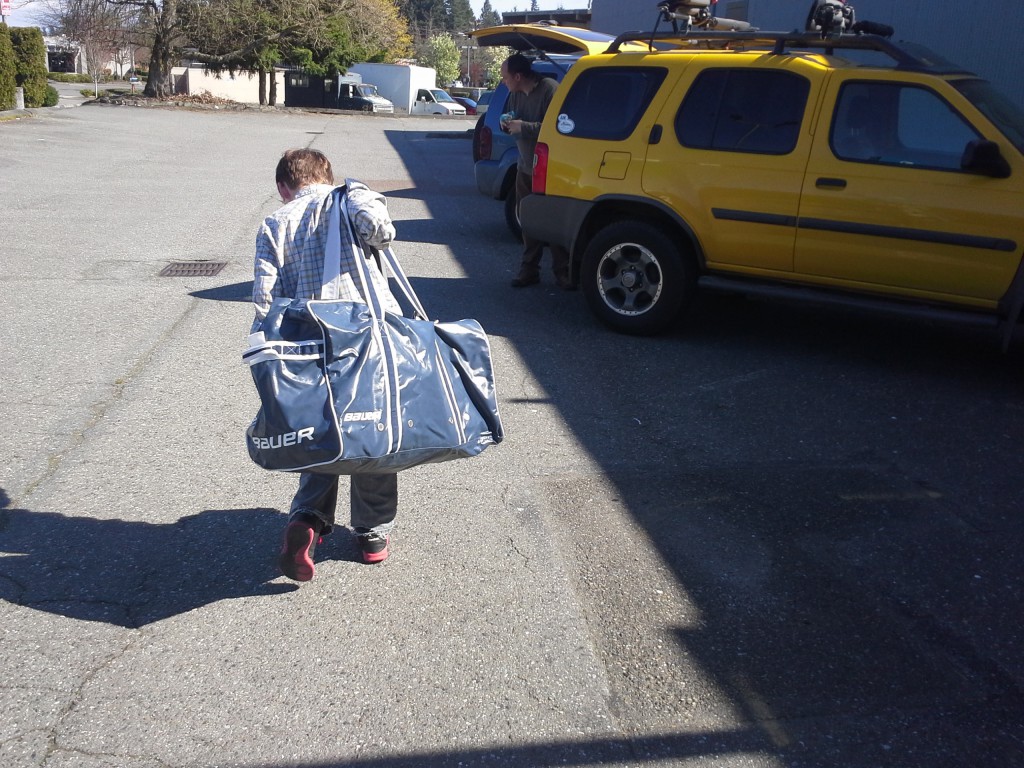 Out getting hockey gear (inline hockey) for Sam in Lynnwood (near Everett). We spent a fortune! Here’s hoping Ben likes hockey, too! This bag is pretty heavy. 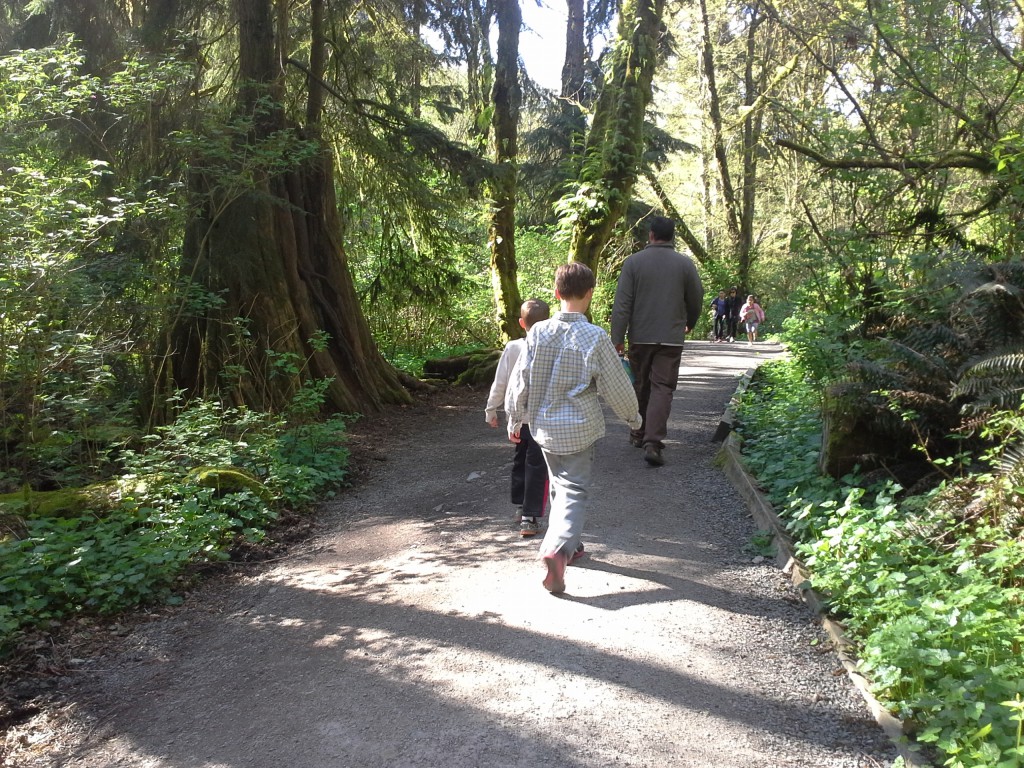 Then off to check out a nearby hike. Dave has been really great about squeezing in adventures into otherwise mundane outings. This was fun. 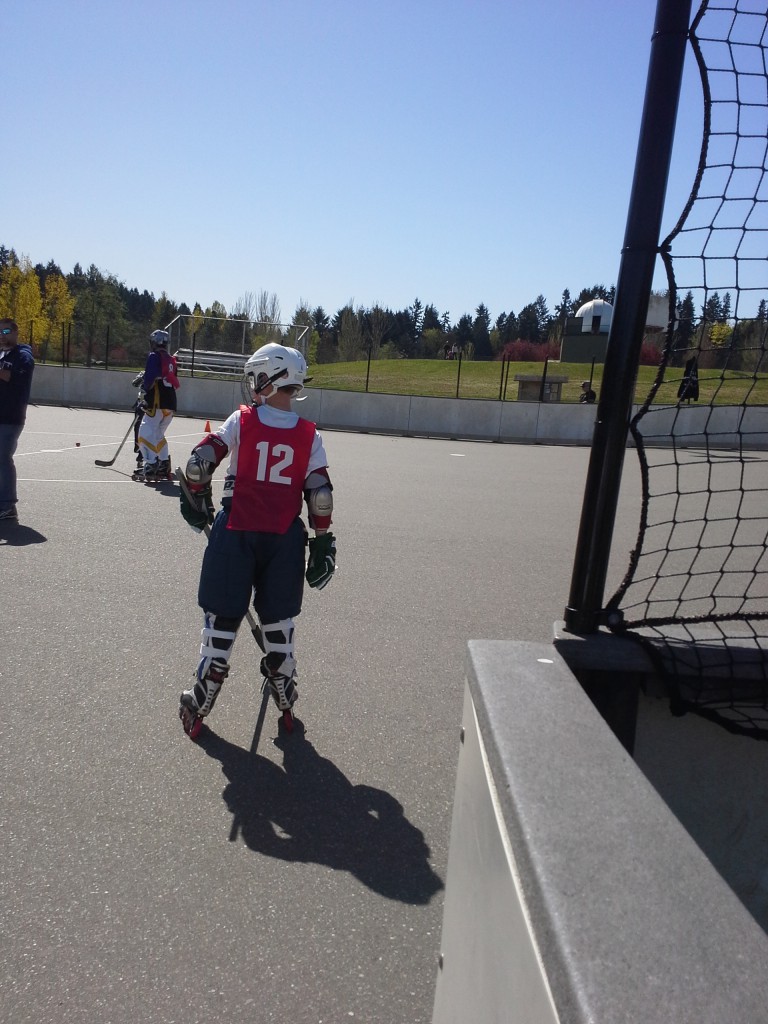 Now Sam is at the local rink for his assessment so the league can create teams. He and I and a couple friends have been playing at least weekly over at school, so he’s had some time on his skates, but he’s still new. He’ll learn a lot, fast, I’m sure! 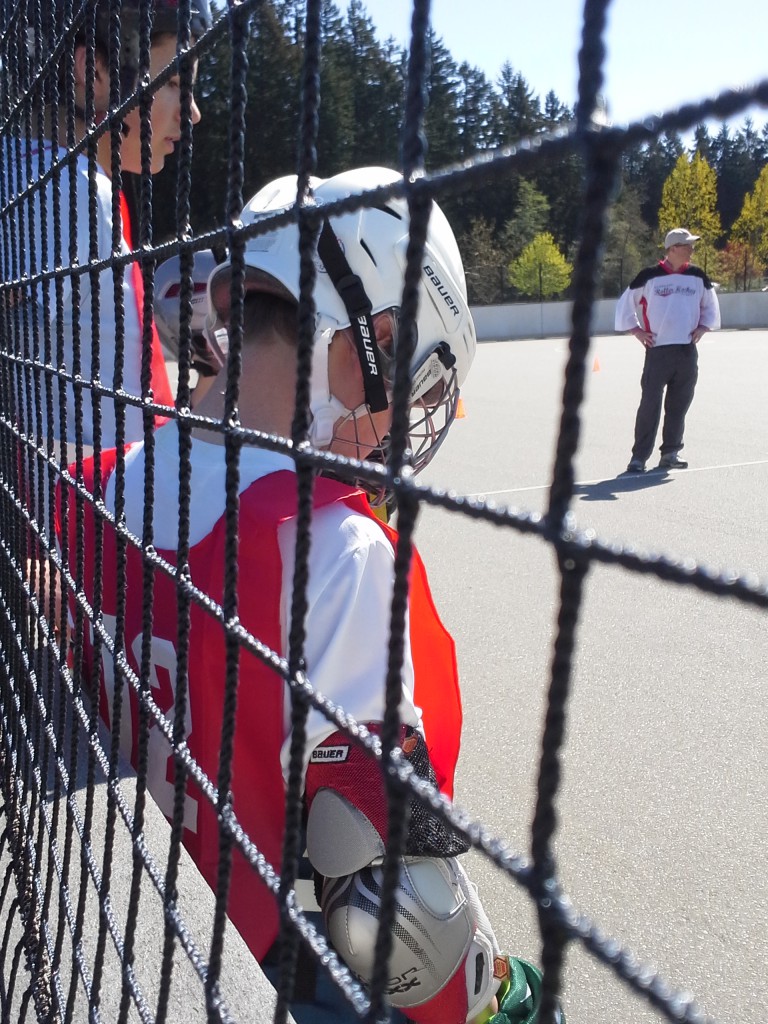 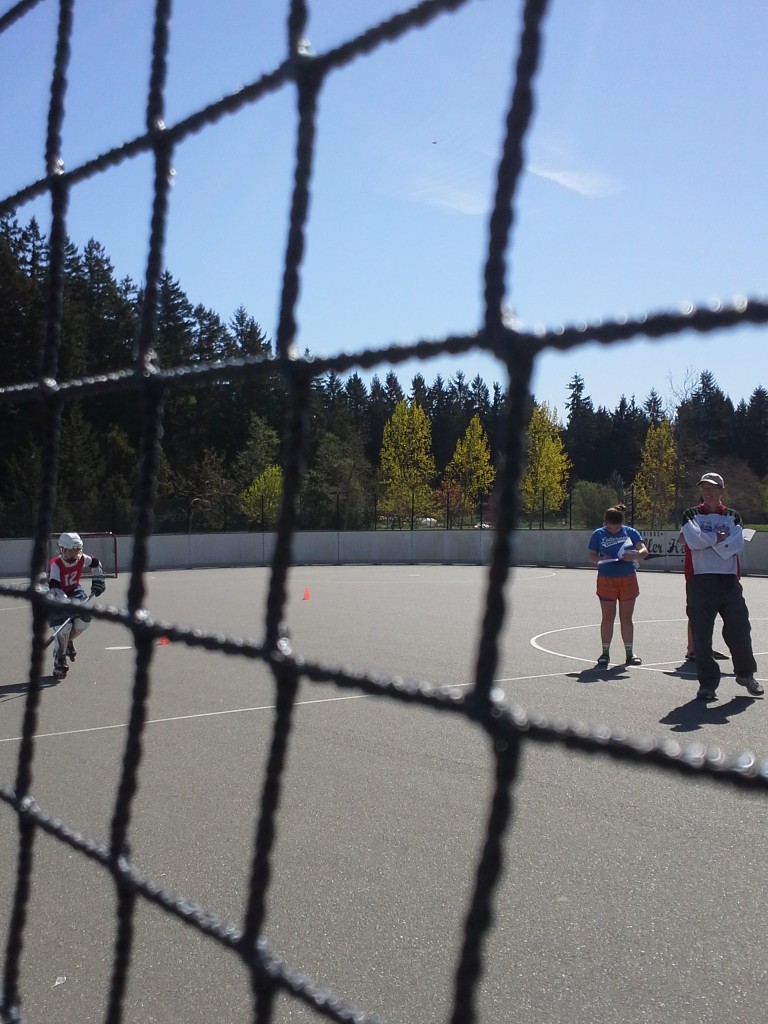 Go Sam! He’s fast, but he doesn’t do much stopping or turning yet. 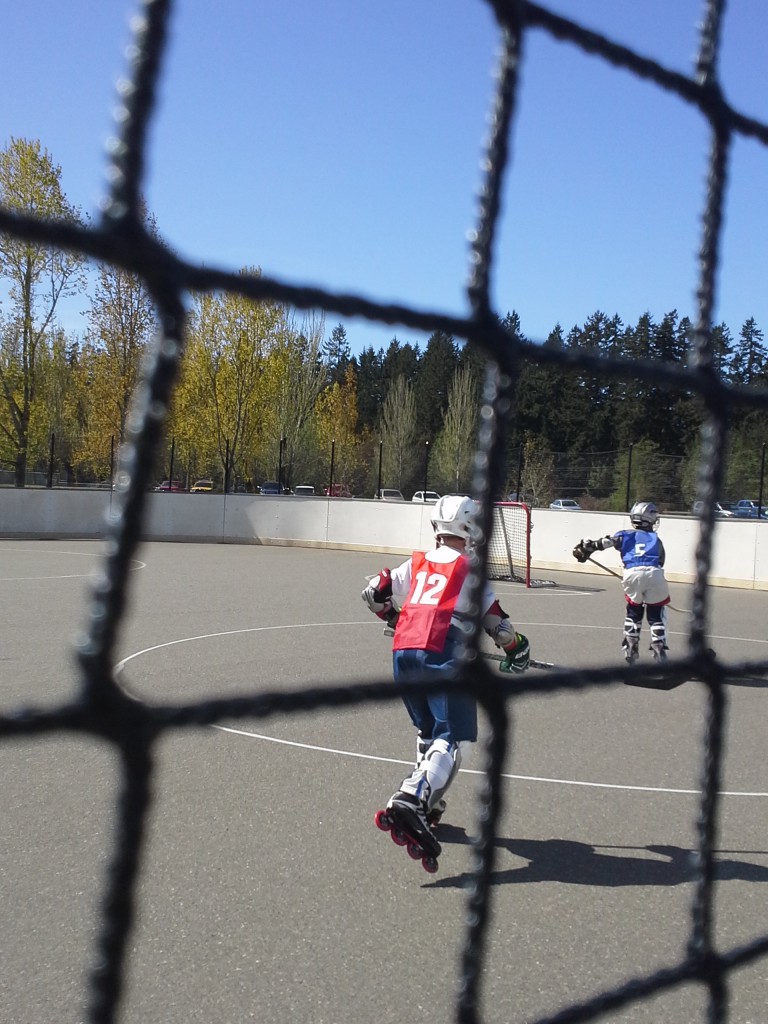 Those wall stops are pretty handy. 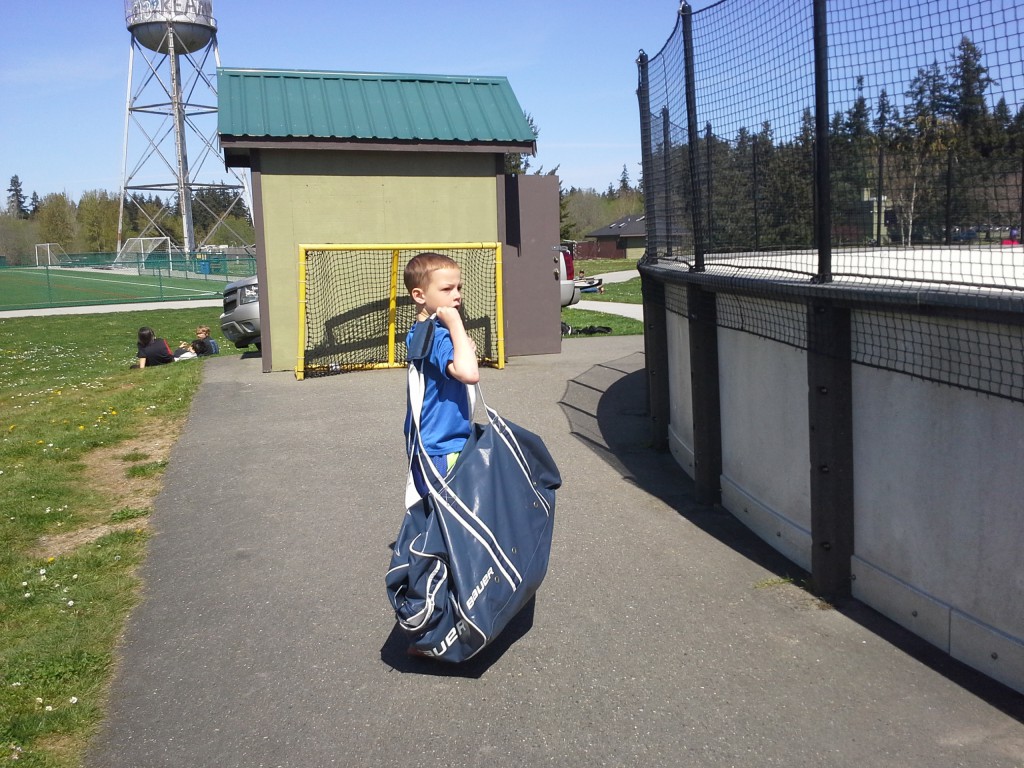 I thought this was so cute. Ben was bringing the bag around to where we were so it was closer to us. Good thinking. He’s looking in at his brother.