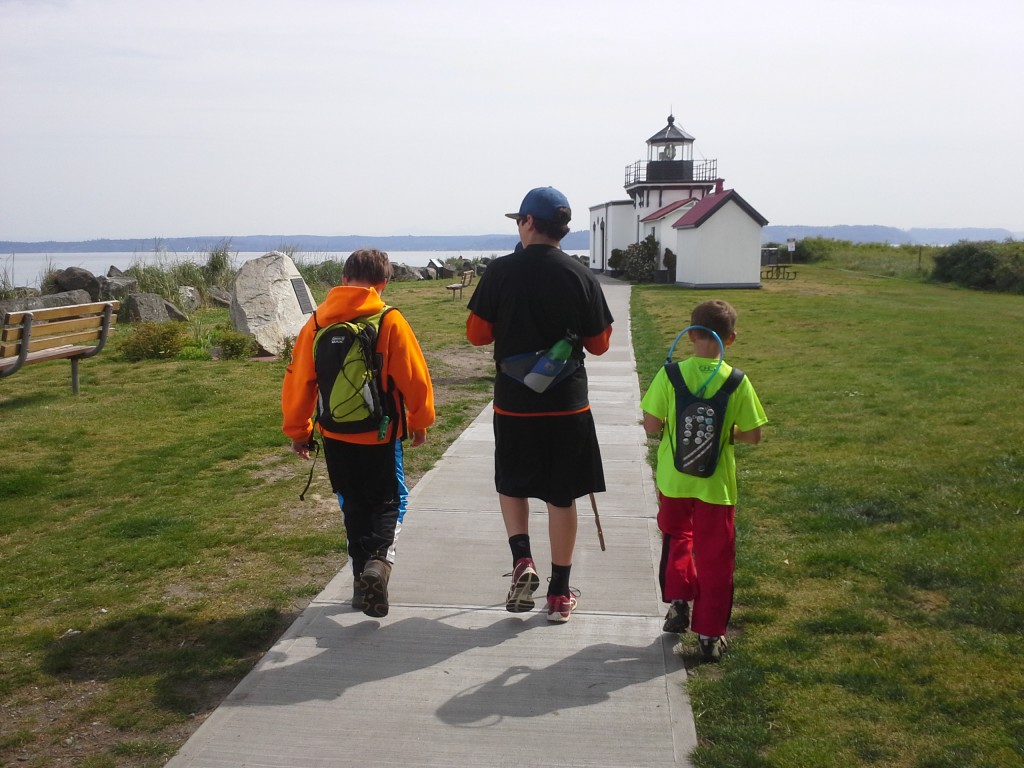 The start of a beautiful Mother’s Day hike with friends – this is at Point No Point Lighthouse. 11K walk through the Hansville Greenway. From L to R: Sam, Adam, Ben.

I had a wonderful day with my boys – only missing Dave due to work (inspection week). We went on a long hike with some friends up near the coast in Hansville. Since my friend was sick and had opted for an easier hike than originally planned, I thought we were doing a 2-3 mile jaunt. Poor Sam was sick with a sore throat this morning, so I figured that would work well. Turned out to be an 11K tour of the Hansville Greenway! But thankfully I brought snacks, water, and bought even more at the tiny grocery. Turned out the white powder donuts (who doesn’t want that sugar kick on a hike?!) were MOLDY! I proudly handed them out and Adam took a nice bit then Ben said “Hey Mom, what’s this hair stuff?” I thought it was ok at first (those things don’t look natural anyway), then we saw green hairy stuff further into the package! Ewww! Everyone had a nice laugh about that. The expiration date did not include a year, so who knows how long they’d hung out on the shelf next to the lonely looking bear claws?

The greenway is a place I’d visited with Sam when he was 9 months old. Kim had hiked there with baby Adam as well. It was fun to go back with our big “babies”. 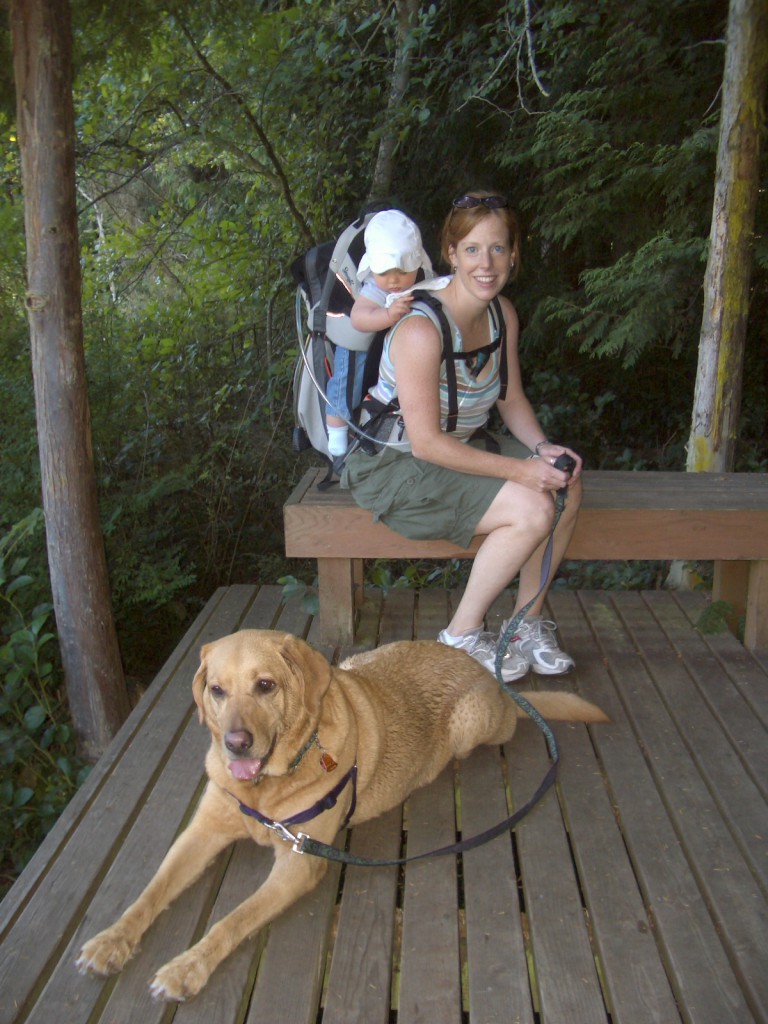 Hiking the Hansville Greenway when Sam was 9 months old 🙂

Anyway – came home to clean the chicken coop and bury a chicken who unfortunately passed through the night. Sam now has 102.7 fever, poor guy! So – got to experience it all in just one day 😉 But who am I to bemoan a bit of work? The frontier ladies probably didn’t even have a Mother’s Day! 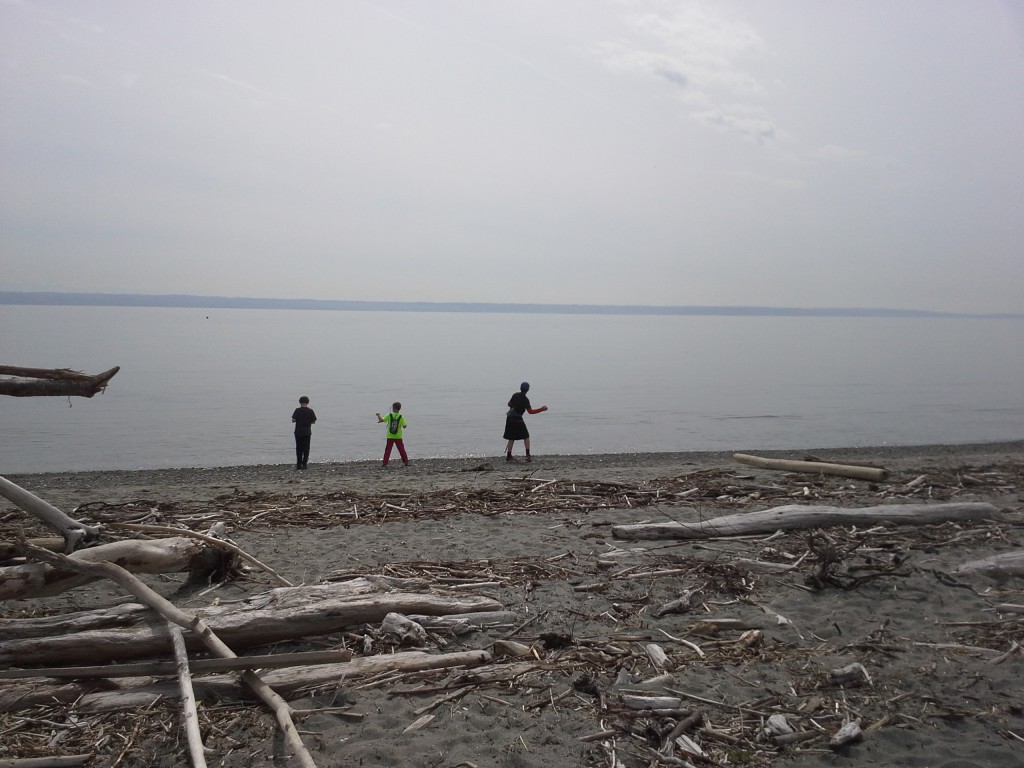 All three throwing nearly at once! 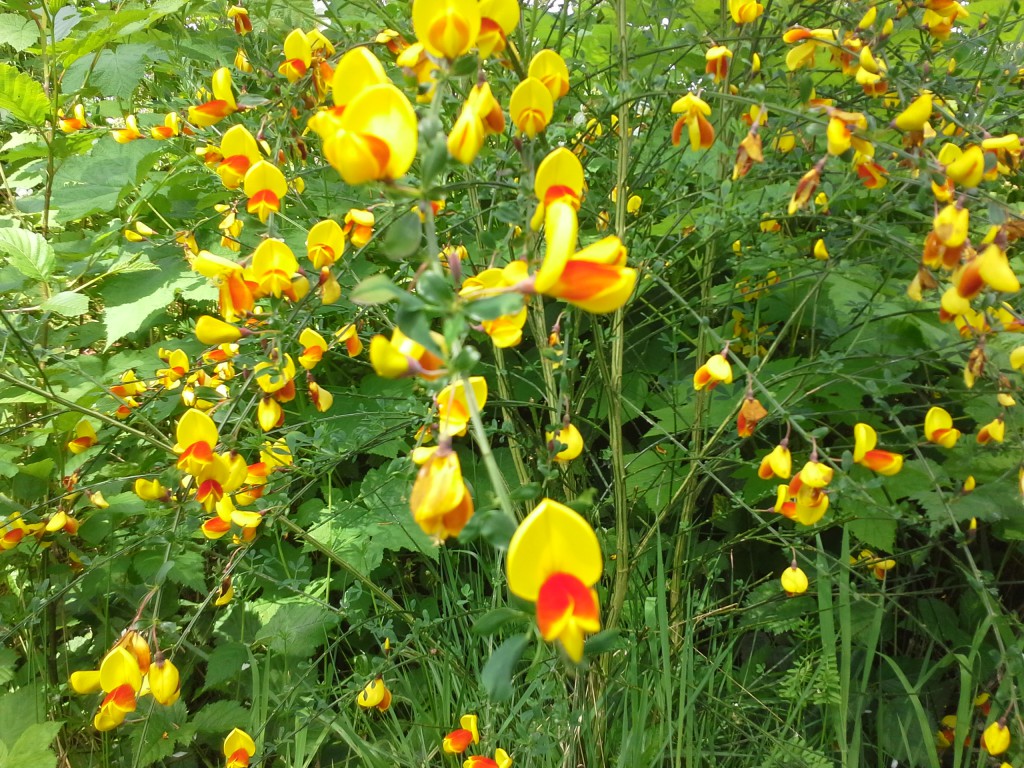 Some Scotch broom of a different variety. Pretty – but a weed on the “noxious” list. Poor weed!