This poor hen got really picked on after a blissful first afternoon integrating 4 new hens into the flock. The first afternoon I carefully monitored “recess” and let the hens mingle. Roosting time went without incident and all four new hens managed to get a roosting spot just fine. Wow, I thought to myself, this is why people integrate several MATURE hens at once. It was super easy compared to my usual experience trying to integrate pullets (which takes a good 4 days of high-maintenance managed segregation then integration with separate pens, food, water and coop apartments).

Anyway – when I opened the coop the next morning I thought all was fine until I found this poor hen had one eye closed. I quickly scooped her up and put her in my infirmary in the garage to rest, eat and for observation. I came out a couple hours later to check on her, gave her a walk in the grass and noticed the swelling in her eye was pretty good. I couldn’t even tell if she still had an eye, unfortunately. I felt so badly. Humans should not let this happen to animals. I gave her some yogurt, water and grass time, and hoped for the best. That night I built an apartment for her in the coop so she wouldn’t get too out of sync with the others (it would only make reintegration even worse because she’d be new all over again vs. part of a pack). More careful watching, feed, rest, and care…swelling was going down. I still couldn’t tell if she had an eye.

Skip to three days later – I see the eyelid is opening and part of an eye is visible! It’s a little low, maybe damaged tissues, maybe displaced by swelling…I didn’t know but was so glad she could see a little out of that eye! She was flying out of her separate run and roosting with the others, too. What a scrappy little bird she is. By the fourth day her eye had nearly completely filled the socket just like normal. She just had a bit of a black eye left. Here are a few pictures of her out on a little jaunt. She is a fearless little bird, and seems to like us humans because we are a source of safety and protection for her now. 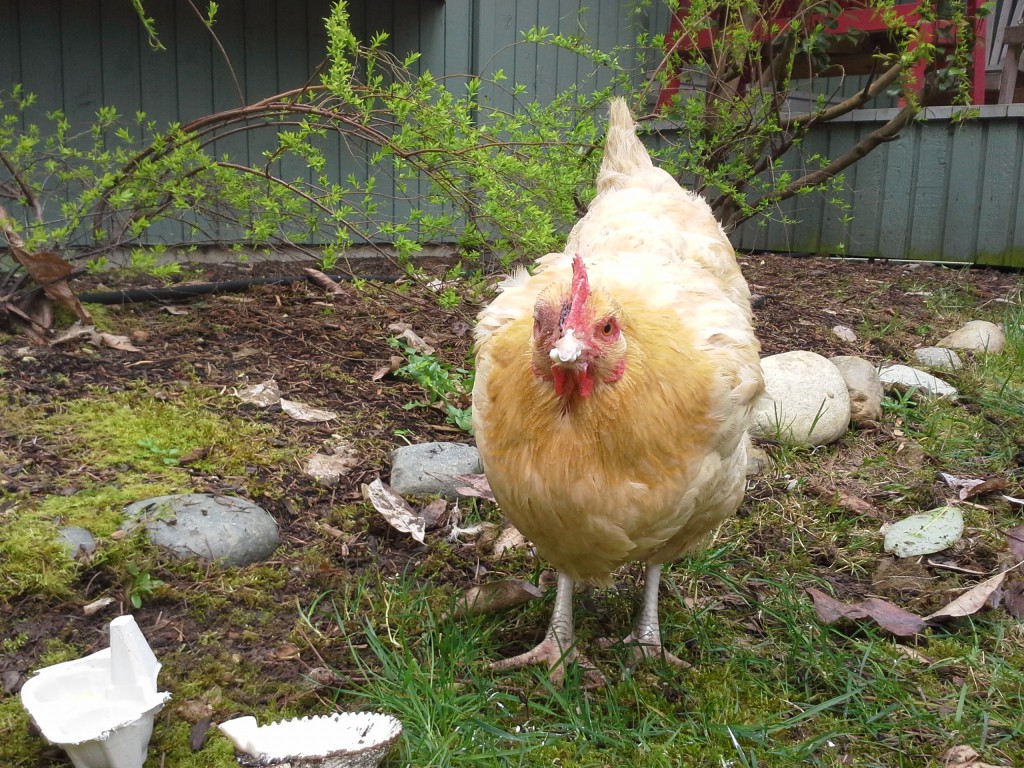 Little hen with hurt eye on day 1, out getting yogurt and grass. 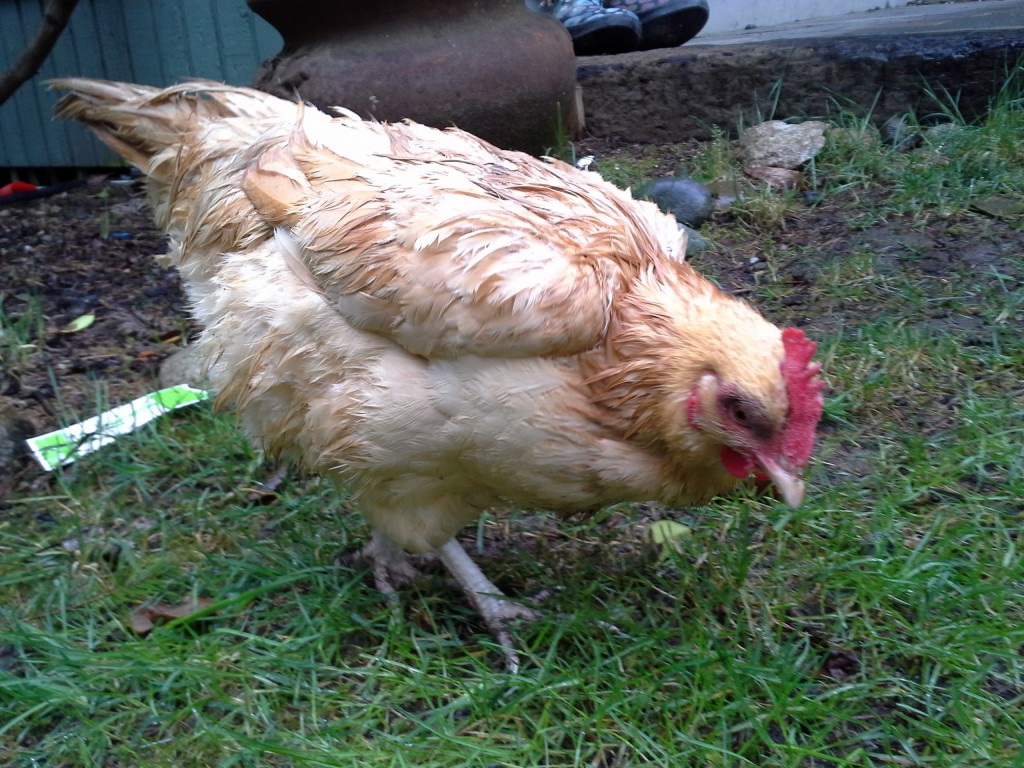 Day 3 – can you see her eye now? Doing better already! 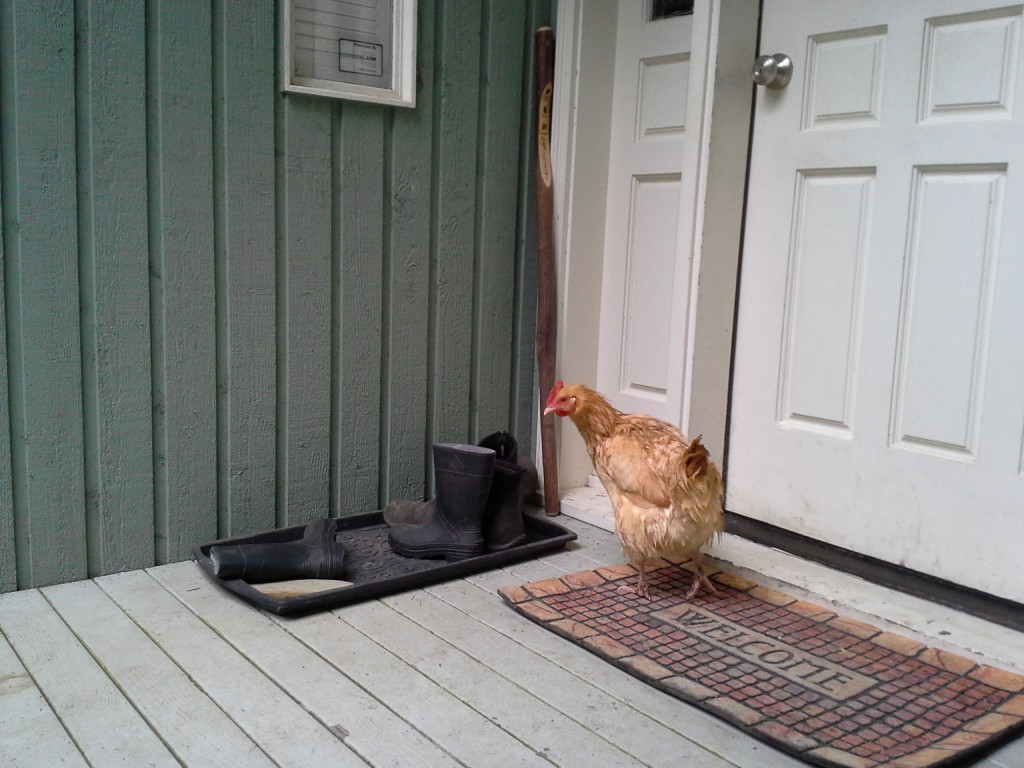 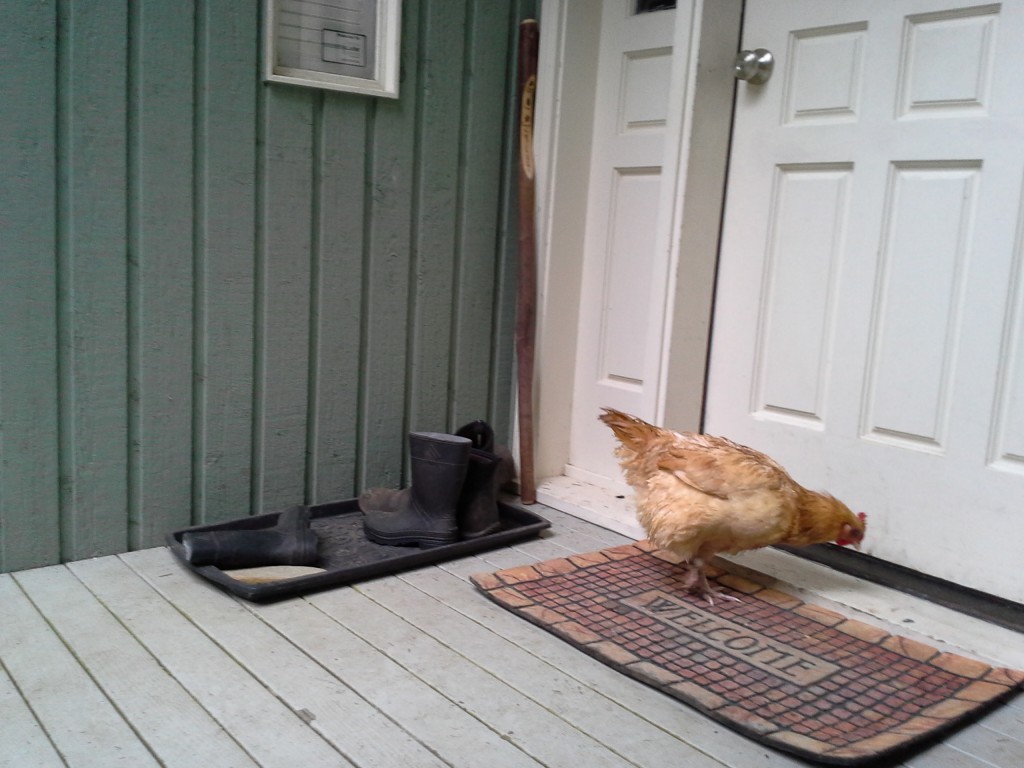 Seriously…I know you’re in there!