Is it Sunday already?

Wow – what a weekend! I’m totally wiped, but had a lot of fun getting to that point. Here’s a roundup, using pictures, because they will hopefully do the job! 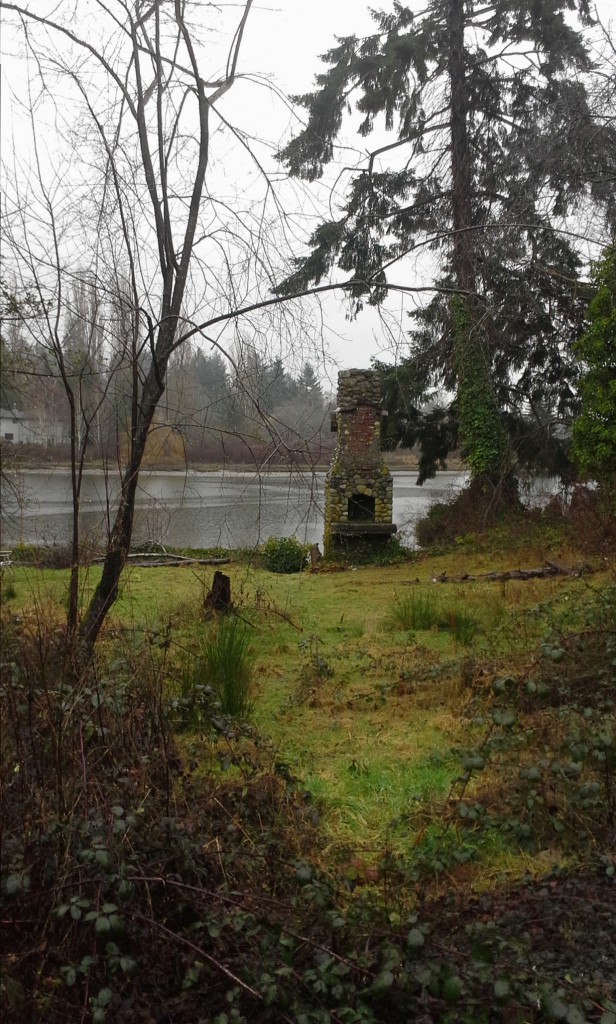 Halfway through a 6 mile run down to Lynwood to meet up with Dave and the boys for breakfast. I love those breakfast sandwiches, and love them even more when I’ve earned one 🙂 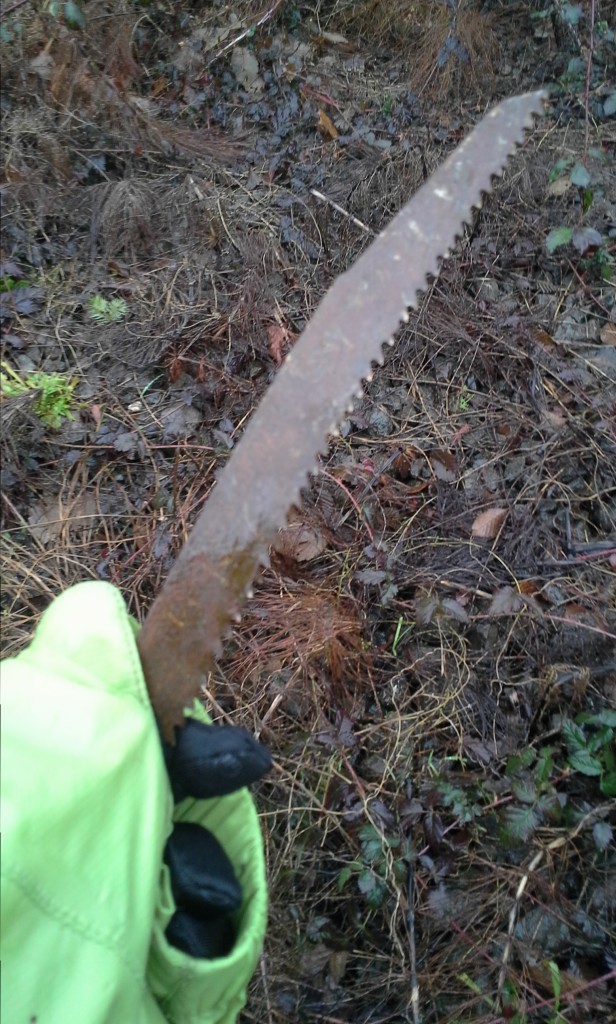 I found this saws-all blade on the road and picked it up to save a tire. Never found a trash can along the way so ran with it like this. Quickly found cars gave me a very wide berth! 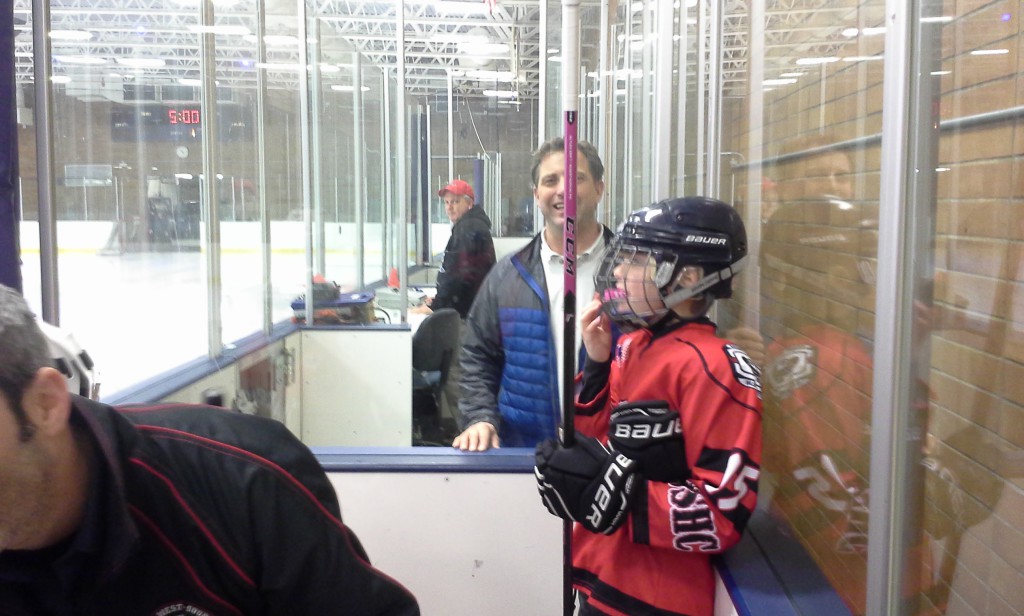 Now we’re in Tacoma for an exhibition game with Coach Chris’ son’s team. It’s a Squirt rep team, so a level up from us. 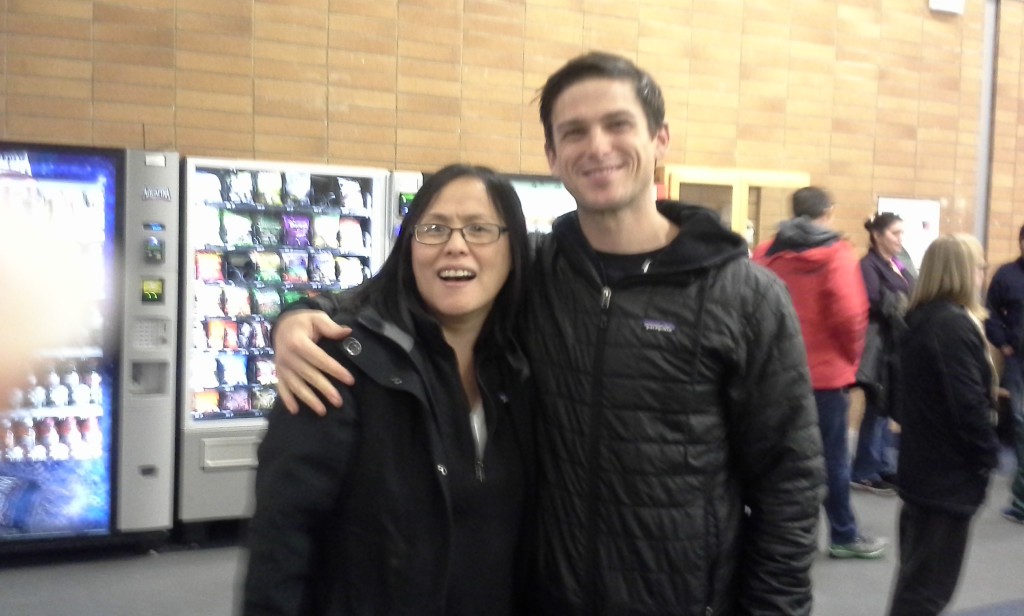 We got crushed, BUT – one of the coaches played O’Callahan from the movie Miracle! Lisa was so stunned! Mike is a very humble and nice guy. 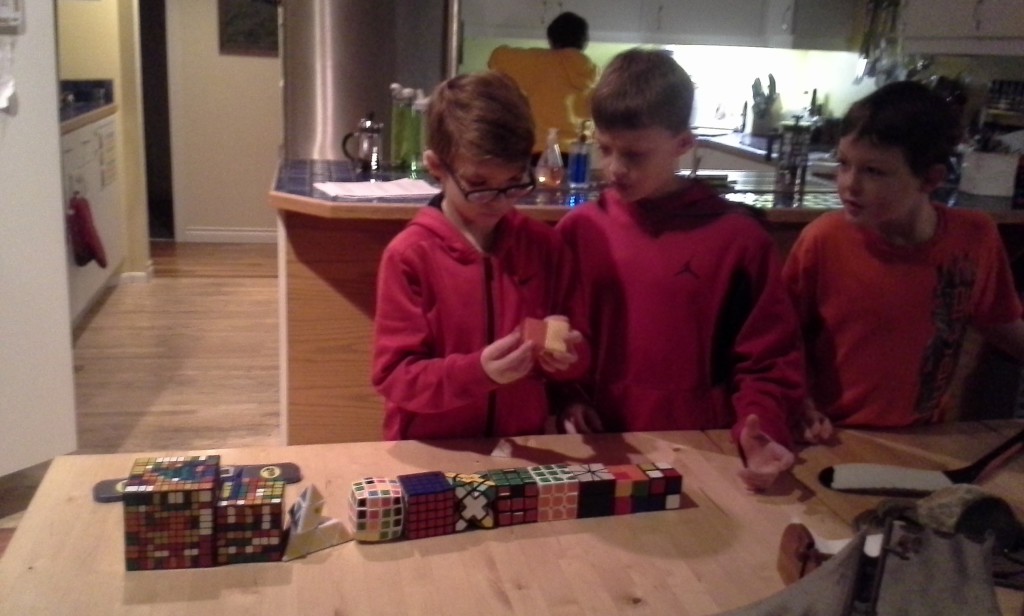 THEN we headed to Poulsbo for dinner with some families from the team (an hour north) and took two boys (cousins) home for a sleepover since they can’t come on Wed when the rest of the guys do. I had NO idea what I was in for. OMG. They had a blast, and so did the boys. It was wild, though. Here they are admiring Sam’s cube collection. They also enjoyed shooting in the garage to see how fast they are on the radar gun, soccer (me as goalie), basketball, tucking chickens in (wish kids did that!) and more…oh…knee hockey before bed. It took hours to wind them down. 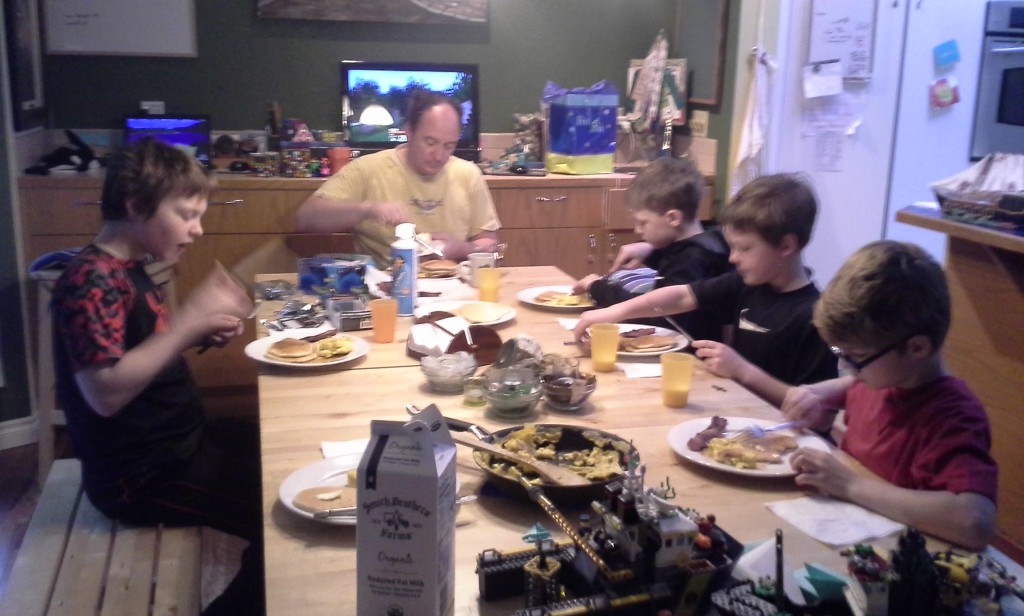 Breakfast before their game. Thanks to Dave, we all ate well! Thank you, honey! 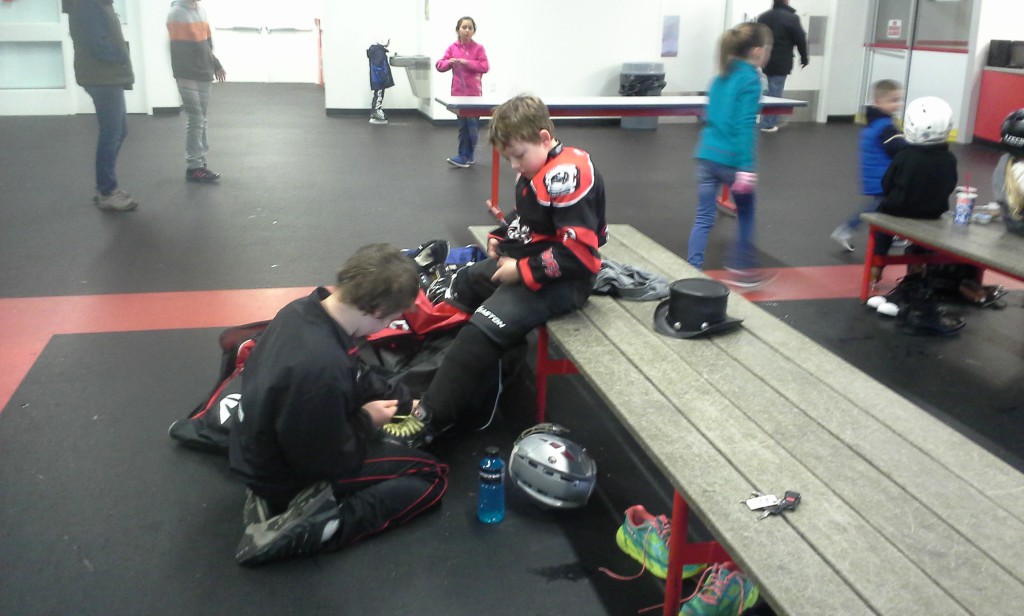 So – Sam had a game, which they won 2:1 (just barely – tough game!). Then we did open skate while waiting around for Ben’s Mites practice. I spent 3 hours on the ice (I help corral kids and pucks), Sam 4 hours. Here he is tying Ben’s skates. I was so tired by this time that I lost my keys 3 separate times. I finally told another mom where they were! I felt nearly drunk with tiredness, but just kept moving or I would have keeled over! Lots of fun, though. 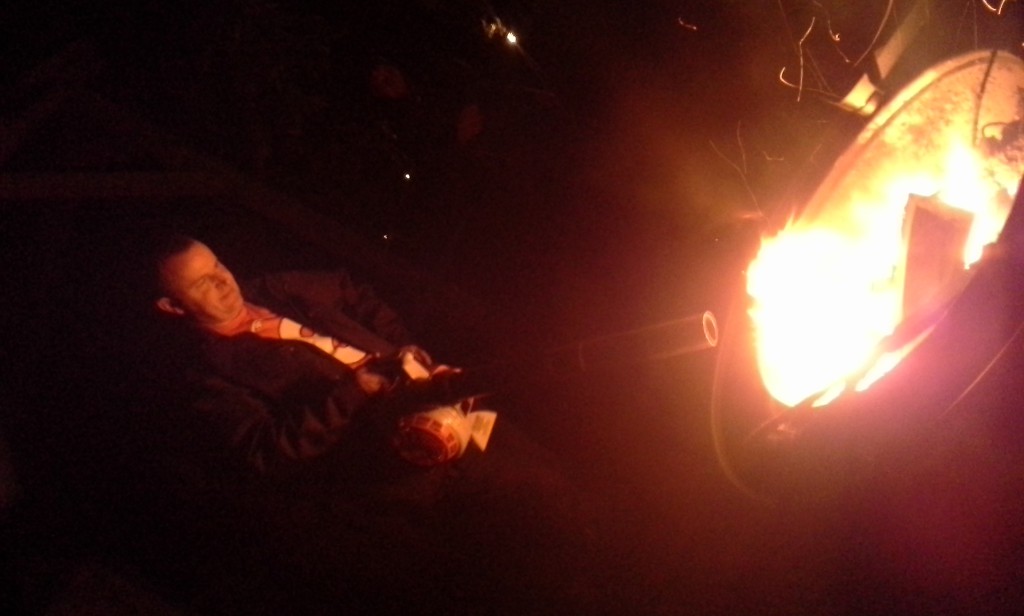 And THEN…home for Burns Night which my friend Ben McCafferty and I had FIRMLY in our books. Not to miss! I dashed home via Safeway to buy flour, sugar, and biscuits to roll haggis up in. We raced home, Sam made shortbread (I didn’t know Dave had already gotten some in the oven) and ordered pizza, gathered wood for a fire and started to get it going just as Ben and crew arrived. Ben didn’t want to wait for me to nurse along wet wood so took matters into his own hands. He makes me look TAME, doesn’t he? I’m glad to have friends like this for perspective 😉