I need some SELF COUNSELING!

This is the term used to start your odyssey through the online household goods move application process used by the military. I ignored the silly name at first but after three phone calls to tech support, a browser switch, and some unintelligible acronyms for the location where we’re moving, I have decided I DO NEED SOME COUNSELING! It took 90 min to complete the process of requesting a bid for moving our household goods (HHG) during the week we need to be packed out. I still have to venture back into the website to request our non-temporary storage (NTS – the stuff we need to keep here and NOT ship to Japan) and our unaccompanied baggage (UB).

I haven’t had time to access either counseling or more online form fun because work intervened. One of my clients has been waiting a long time for me to review, reformat, proof and submit a manuscript. She lives in Kazakhstan so this morning I was able to confer on a few final questions just before she went to bed, then tonight she was waking up and thus we were able to close the loop and hit SUBMIT – but Dave was trying to get me to unplug. In vain.

In the meantime, while she was sleeping, I went to Fort Ward to serve as one of the first WAVES (Women Accepted for Volunteer Emergency Service) in 1942 for the living history tour of Fort Ward. I had the great privilege of “serving” with CDR Lee (Sarah) and Petty Officer Doherty (Christina) today at Station S – the top secret code school and listening post on the Parade Grounds at Fort Ward. A sell-out crowd of 63 people took a walking tour with energetic docents of all ages – from high schoolers to retirees. We had several young students dive right into period garb to act as kids playing baseball and a Coast Artillery Guard from 1910. In Station S, Sarah had period typewriters set up just as they were used by the radiomen. One for receiving messages, then another on the other side for you to turn to quickly and start transcribing the next message while someone grabbed the papers off the first one.

We had a great time staying in character despite inadvertent attempts to trip us up. It was so much fun – we all want to do it again, and thankfully people on the tour were already asking about the next date! One group of teens was apparently overheard saying “Wow, that was reeeeally cool! Total wormhole to 1942!”

I am also busy corresponding with potential tenants (our house just listed on Sat) and transitioning volunteer work to new leaders. I might also add that the flock management has not simplified. In addition to the 8 cute chicks who are assimilating so well into the larger flock, I have 2 month-olds which were incubated in the dining room and imprinted on me. So when I’m around, and they can hear me on the phone or doing laundry or WHATEVER, they start PEEEEPING loudly. They want attention from ME! Isn’t that soooo cute? It totally is. But honestly I could have picked better timing. The boys take the birds out for recess, but they’re getting harder to catch. Thankfully the boys are also getting quite good at doing their own laundry and sweeping up food bits from under the dining table. I’m having to delegate chores frequently because the multi-tasking has gotten more complicated. In the coop I have a full long-term-care facility going on. I have the 8 peeps in a heaving chick pile in one nesting box at night (if you disturb them, they all inflate like a pillow catching air, then when they calm down again, they all deflate at once); the next box down is Calvin the injured rooster who has cellulitis of his leg due to getting a toenail torn off somehow (I’m treating him three times a day with antibiotic after unsuccessfully treating with a human topical antibiotic); and in the 4th box down I have Wheat who has decided to go broody! Her chicks should pip out on July 5. Calvin is doing ok after about 10 days. I am not convinced he’s in decline, but his toe is very dark and his leg is swollen. I carry him in and out of the coop, put him in a quiet and private place with food and water and clean litter near enough to the hens so he doesn’t feel emasculated, but still safe from marauding coyotes and covered with a snow saucer for the occasional INSANE hail storms which have come through lately.

Here are a couple pictures of the zoo here. I am very much looking forward to my dear friend Molly coming for a visit on Wednesday as she and her family transit through the area!!! What will she think…probably will not be surprised 😉

Calvin and his hurt foot – bandaged up in hockey tape 🙂 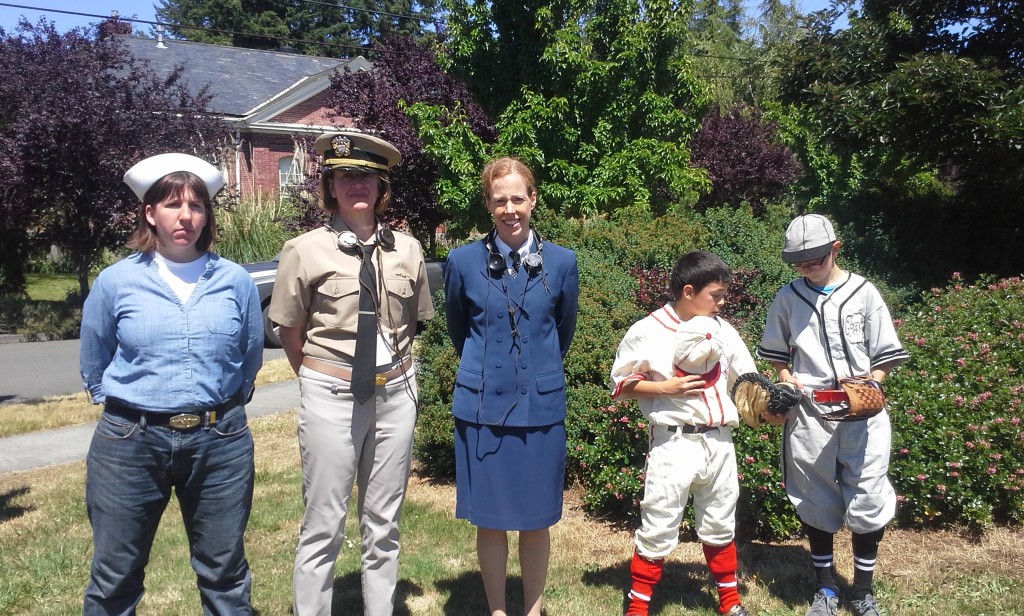 Me and my buddies from Station S! 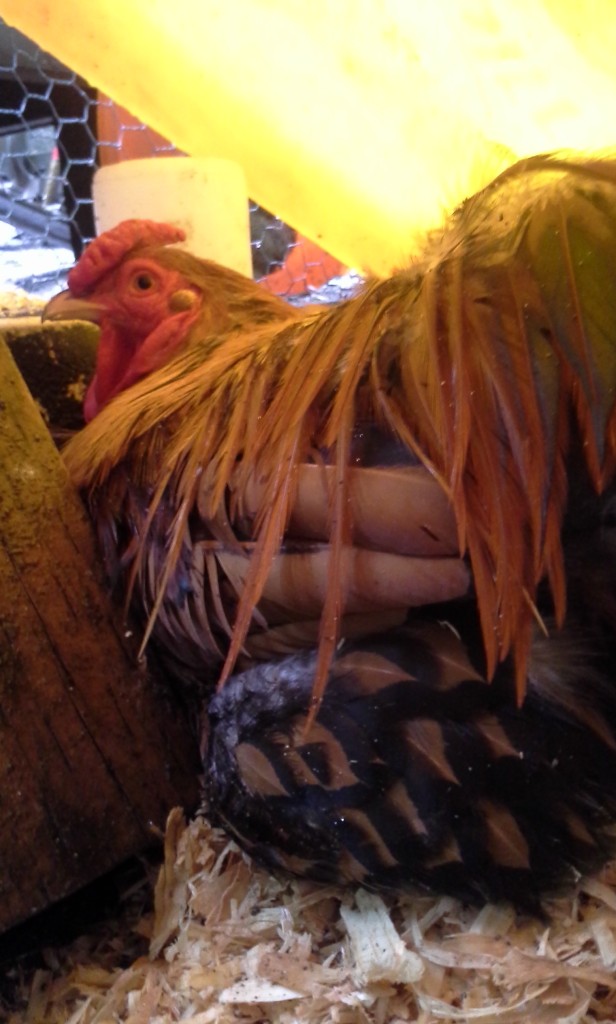 Calvin in his safe little spot. 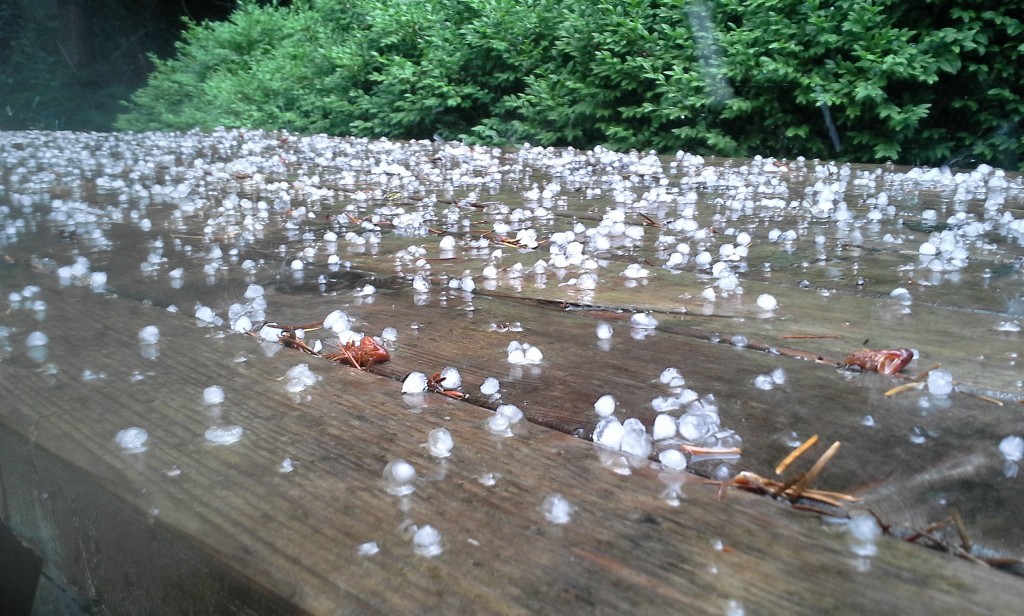 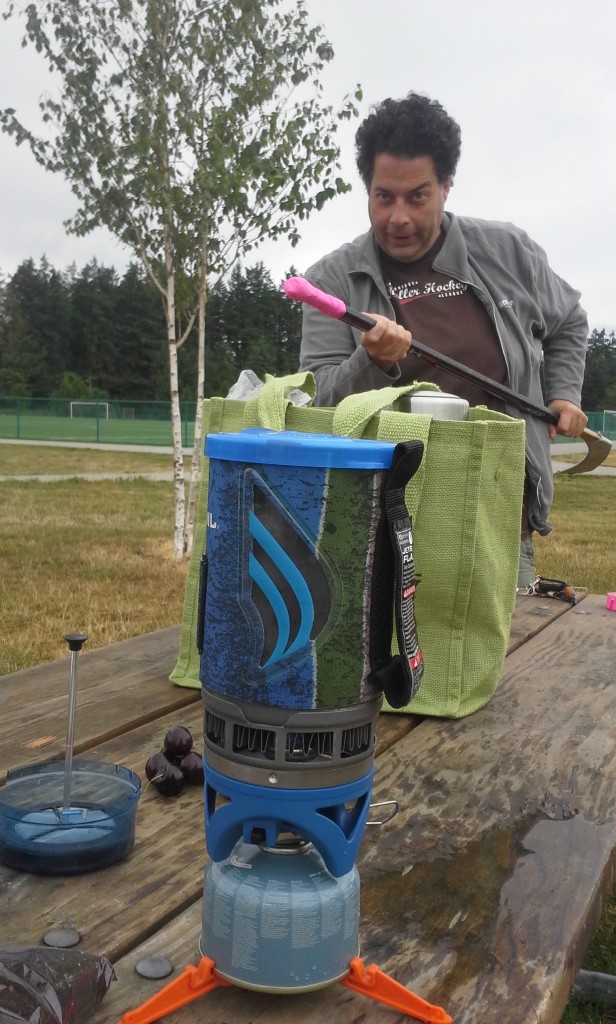 Saturday morning 9am hockey game! That means getting to the rink at 0800 to DRY IT OUT when it has been damp! I brought JetBoil to make coffee. This is one of my intrepid parents. It ended up raining anyway, after all that drying 🙁 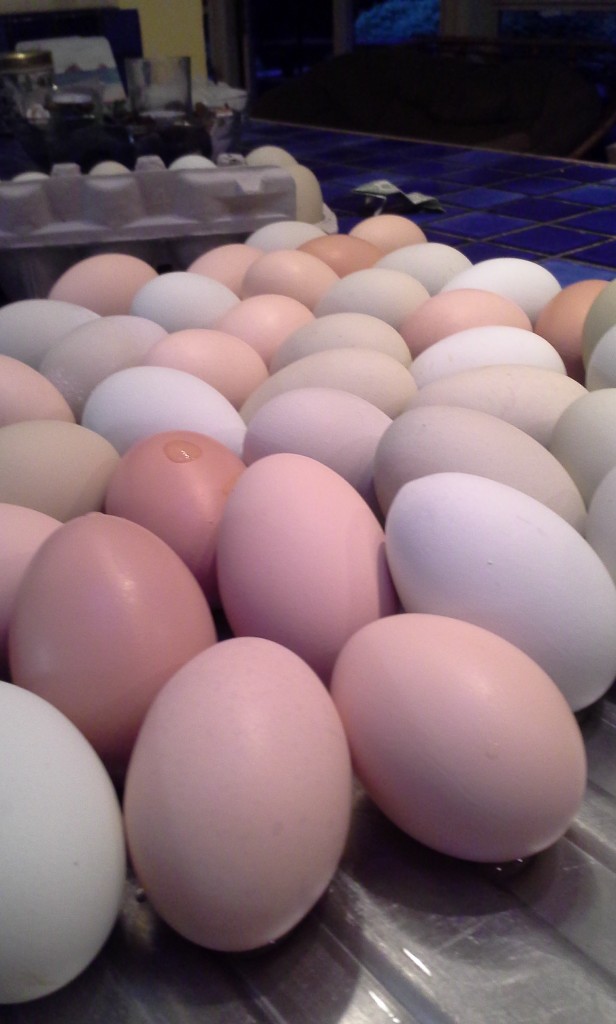 I’m just a little behind packaging up eggs to sell. 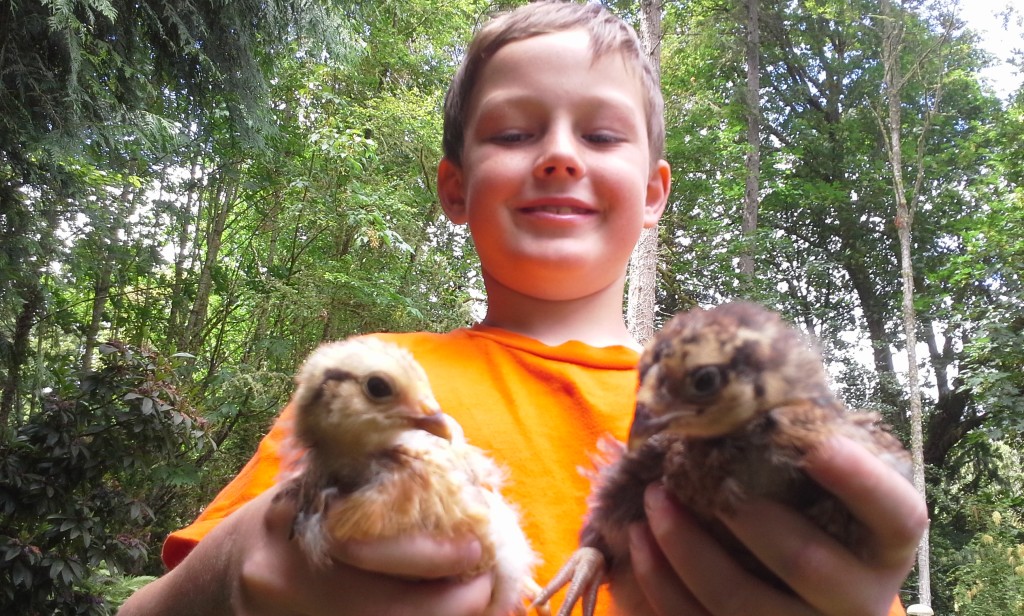 Ben takes the two incubated babies (a month old) out for recess after school. That’s King Sam II on the left and Millet on the right. 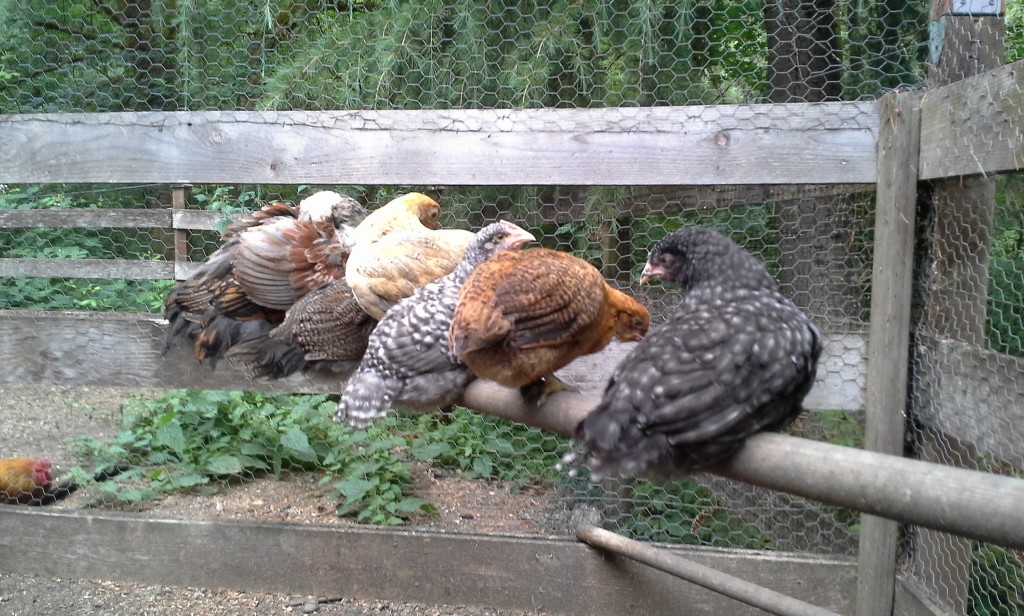