This weekend was going to be so manic that I knew I needed to prep Dave three weeks in advance. Hockey game for Ben in Tacoma at 10:20am (so that means leaving at 8:30am), game for Sam in Bremerton (2:15pm), mini game during a Juniors game (Thunderbirds – big arena, announcer, mascot, the whole deal) for Ben at night in Seattle, and then an 8:10am game for Sam in Lynnwood (6:25am ferry, 5am up). On top of that, two boys wouldn’t be able to play unless they got a sleepover with someone and a ride. SO! That only took two hours to convince Dave to add into the mix 😉 He took the Showare Arena run at night on Sat so I could host Sam and his two buddies. These two (cousins) have a LOT of energy. They rival Ben. They climb the steel beams at the rink. Or anything they can find. I promised them for every goal scored by our team (we were playing a tough team) that they could jump off Sam’s bunk. Well…the game was 8:1 (the other team won), but guess what the boys did? Yep. They added the goals and each jumped 9 TIMES off Sam’s bunk! I tried that last night. It’s a good workout climbing and jumping!

Here are some pictures of the events of the weekend… 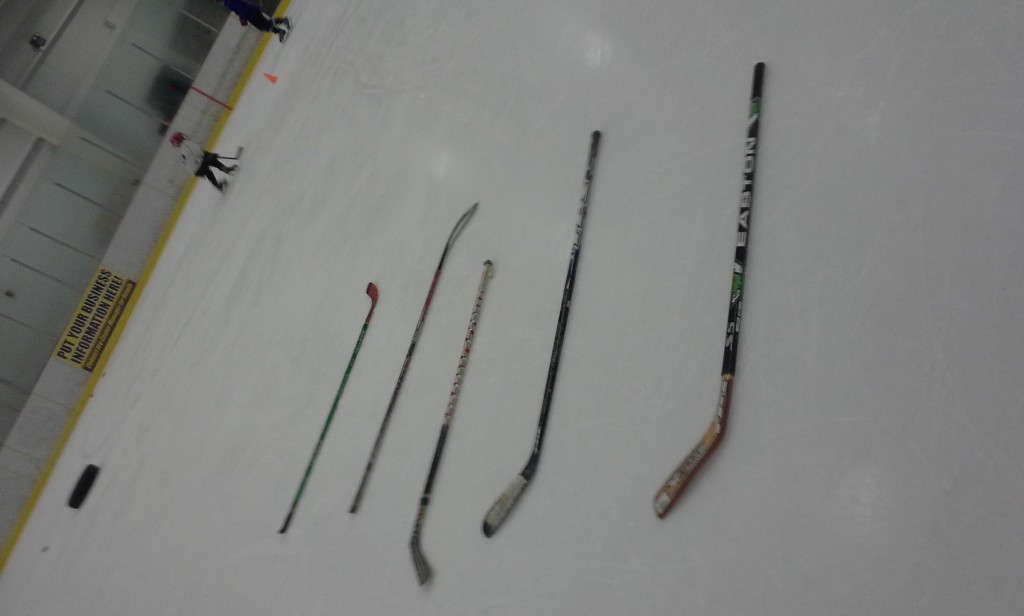 It started Friday night with Mites practice. I did this stick drill, actually! Didn’t spaz! Ben is VERY fast going through these. 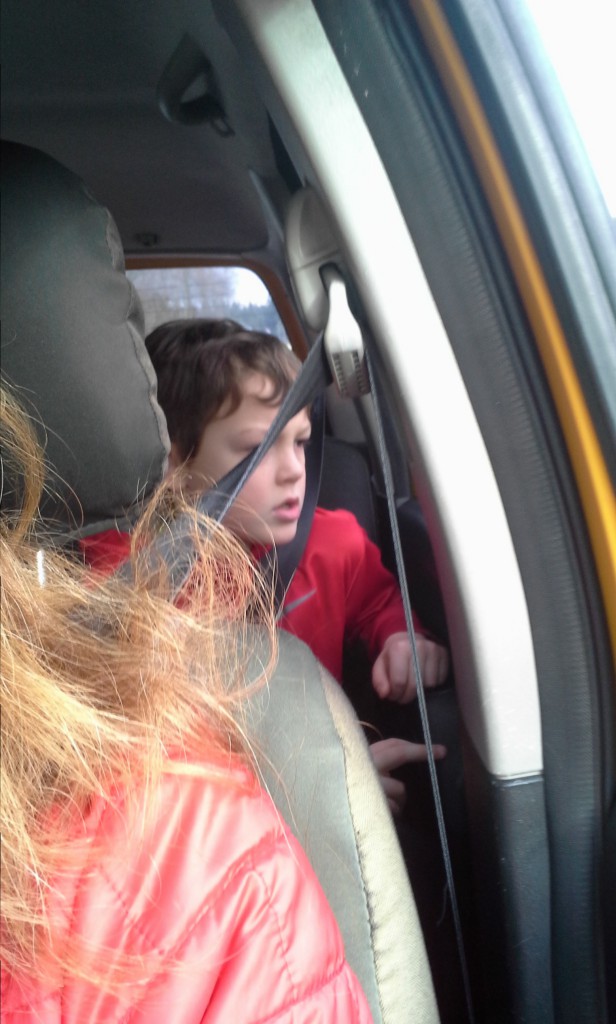 Ben riding down to Tacoma with me. We left Dave and Sam at home to chill a bit then meet us in Bremerton. 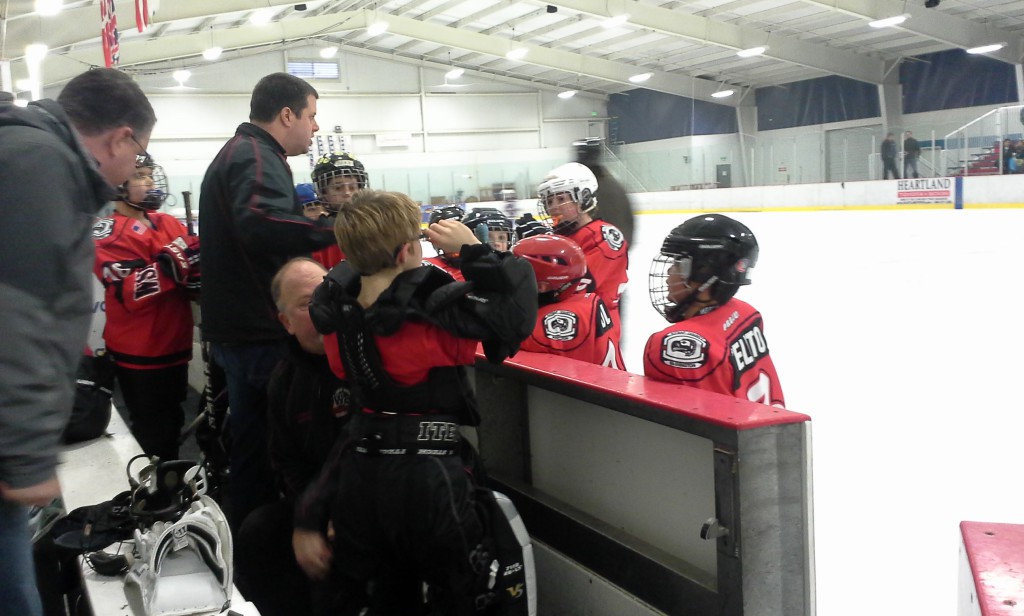 Our goalie got hurt, so this is Jaydyn gearing up. He’s one of the boys I got to keep Sat night. 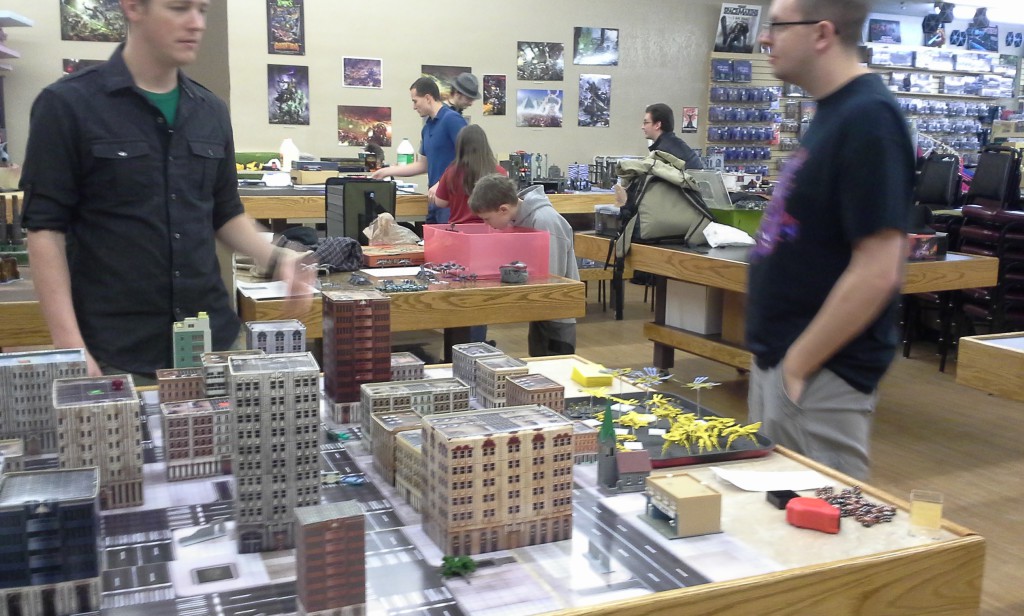 Here’s Alex at the card store (first stop after the game) admiring a strategy game about to start. 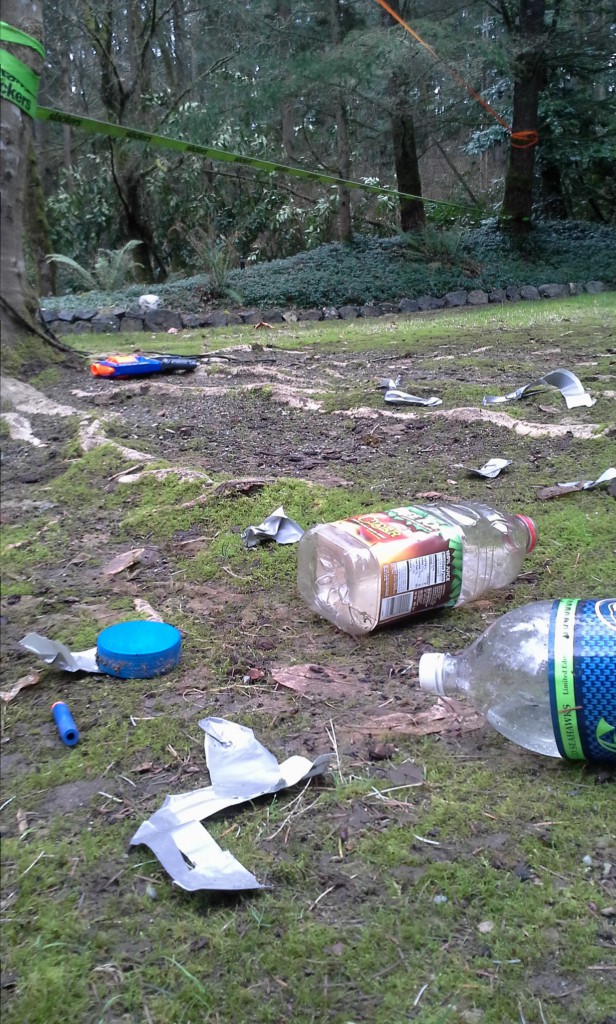 This is evidence of boy entertainment…check out the movie below. We were blowing up soda bottles with dry ice… 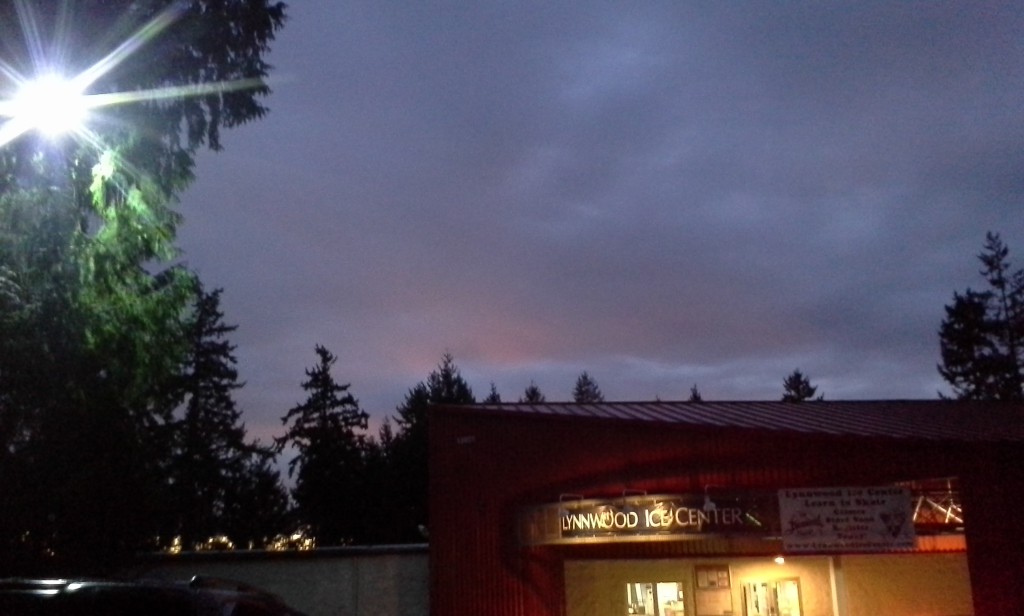 Dawn at the rink. Pretty sky. I’m arriving at a hockey game 1.5 hours away BEFORE DAWN! 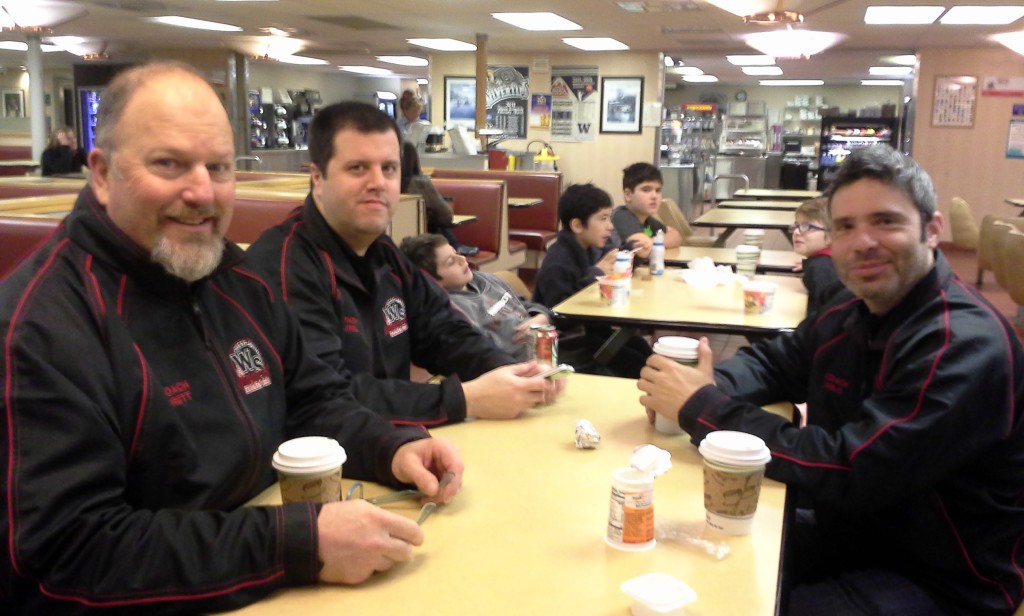 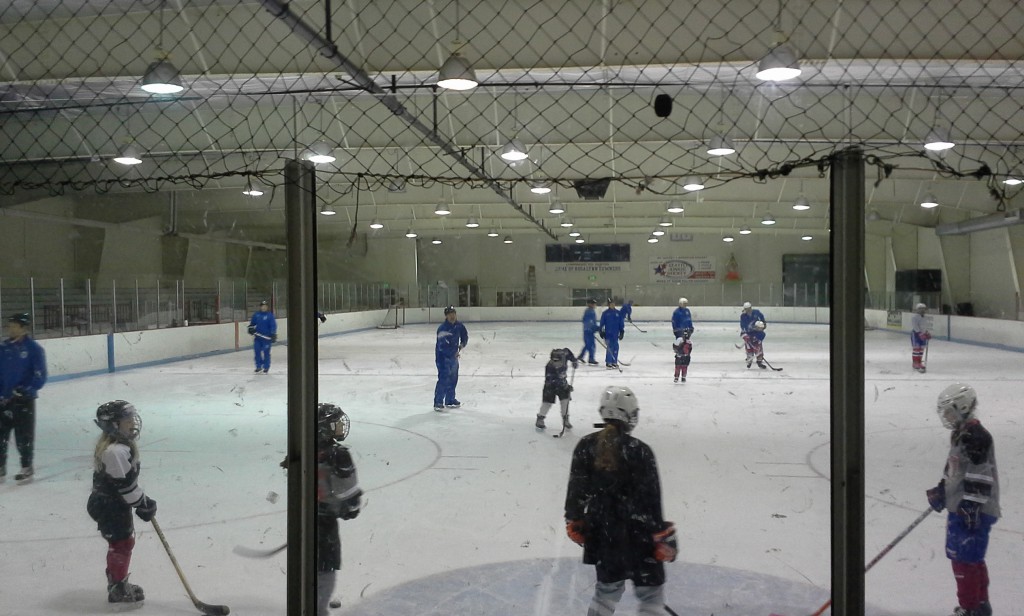 This is how they build good teams: 9 coaches on the ice with young girls of all ages, BEFORE DAWN! 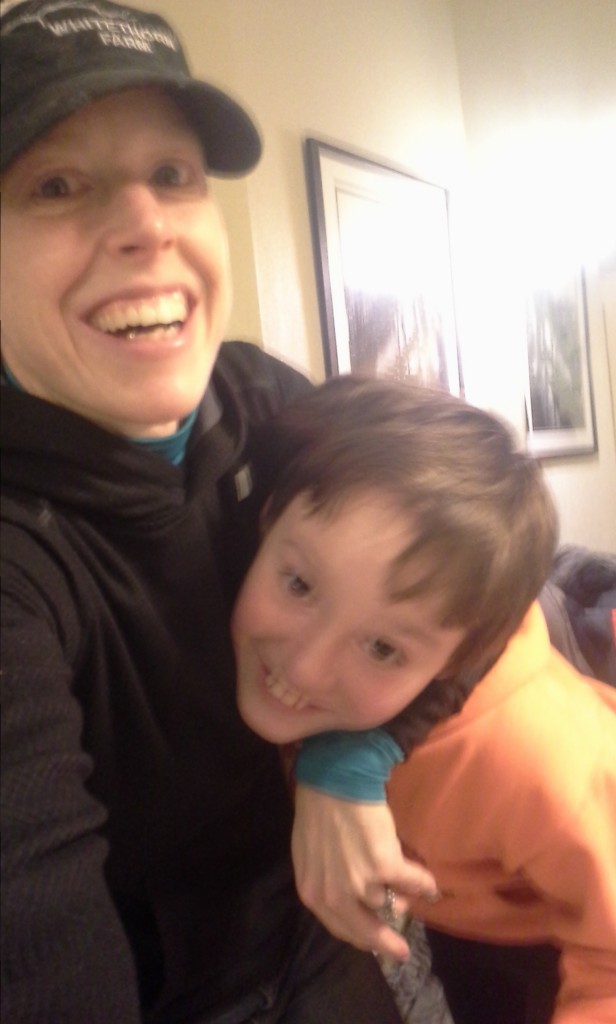 Sam and Ben got hair cuts today! I tried to get a picture but after giving them dessert and then romping with them, this is what you get – hip checks and mischief! 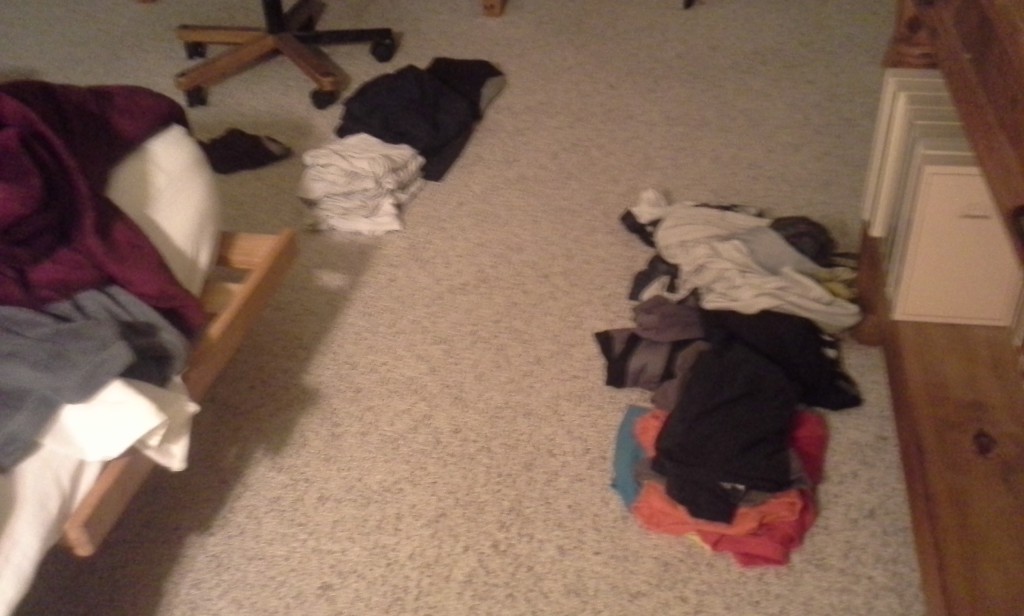 I paid Ben $5 to do all the laundry – get it out, sort, fold and put away. He did as well as I do! Dave said “that’s not hard” from across the house when I was in there marveling. Nuh uh! Not fair! Folding is not IMPORTANT! It just needs to be neat… harrumph!