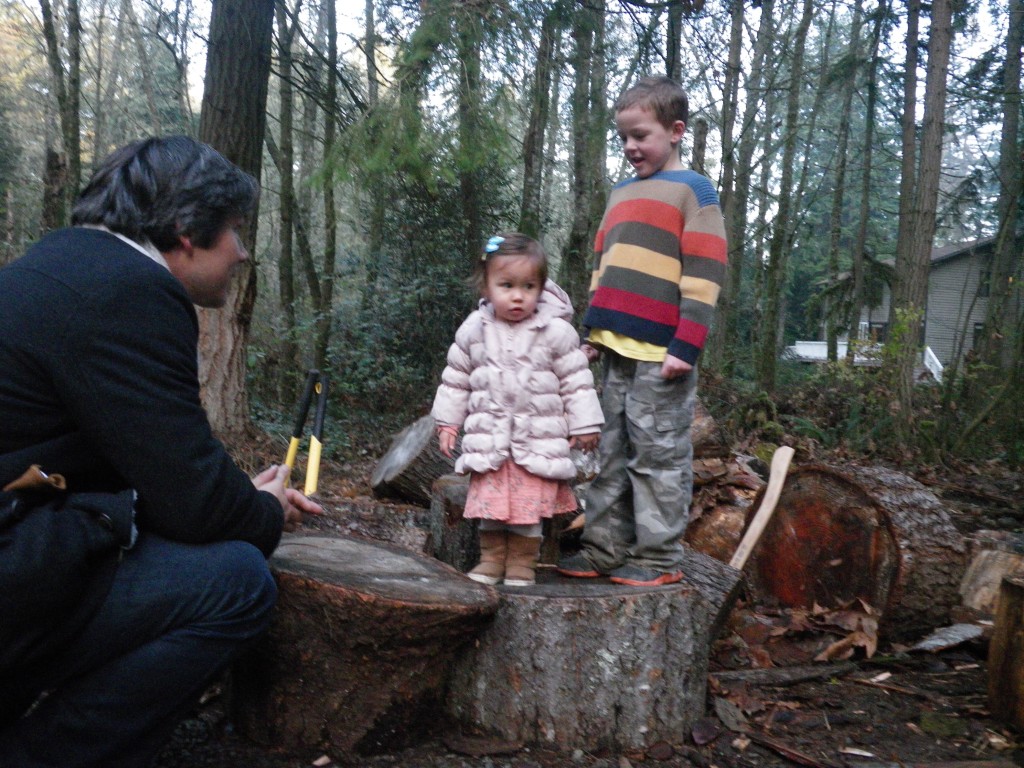 Benji and little cousin Isabella! Doing stump dancing 🙂 That is my brother, Doug, Isabella’s daddy. We were trying to remember a character Ben came up with one night at bathtime- Harins (pro “Harrence”) Pufinchin. He just spelled it out for me. Ben says he’s a guy that he calls on the phone sometimes. “I do work calls with him. I do inventory work. It’s kind of weird.” Ben says he mostly calls Harins. We just said goodbye to Doug, Mary and Isabella – so sad. boo hoo! Pictures to come.