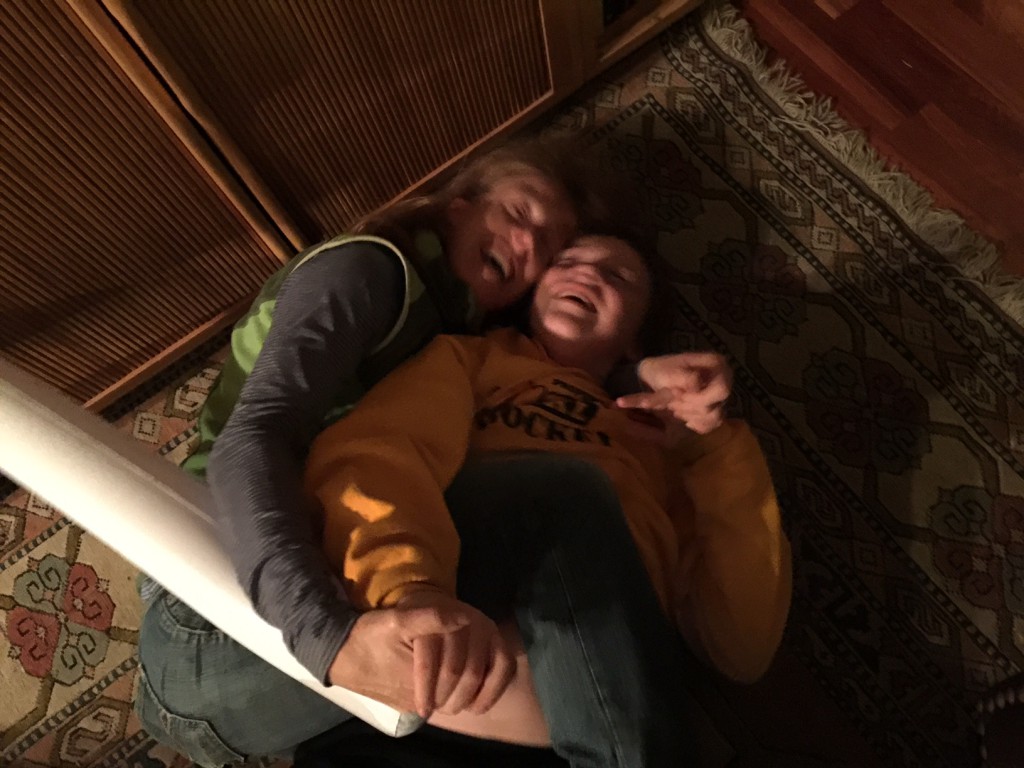 Trying to get a Thanksgiving hug from Sam – it’s a full contact sport!

All of the November pictures have now been annotated and uploaded to the ALBUM. Videos of hockey games, hockey practice, stick and puck, Emmy (the awesome Irish Sport Horse I borrow to ride), and…is there anything else? Soccer games…oh yeah, that. The wet, cold, soccer games! Oh, and me cooking a few actual meals that start with raw ingredients. That were edible. And people ate them. I think even liked them. A shopping trip to beat all…just days in the life. I got rear-ended for the second time in my life (I’ve never caused an accident or gotten a ticket but after starting the hockey commute last year, I’ve been rear-ended twice!). The bike rack on the back of the truck really puts in an extra layer of defense, but is not well liked by the Lexus which met it up close. Poor car. Enjoy the photos and drop me a line to let me know how you are. Tamara… 🙂 Liisa? How the heck are ya? 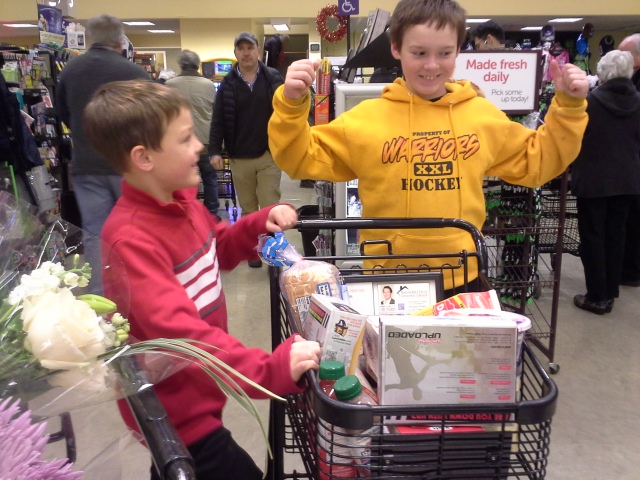 Shopping for all the fixin’s with Sam and Ben the day before Thanksgiving, after giving them frozen yogurt for lunch, AND allowing them to each have a cart. Maybe not a good idea, but they were model boys! No one got hurt, no one got admonished, and they found the things they were sent after, even in a crowded store. The parking lot was packed, the store was packed, but I honestly have not had a more pleasant time with them! We DID come home with enough to make FOUR pies, but that’s ok. We’ll get to that. I make a decent crust and it’s fun to do over the weekend. (Between hockey games? Huh…) On the way out of the store we raced shopping carts down the parking lot. There’s a nice slope for coasting. Yes, I was safe. 🙂 Turns out you can steer with your feet! 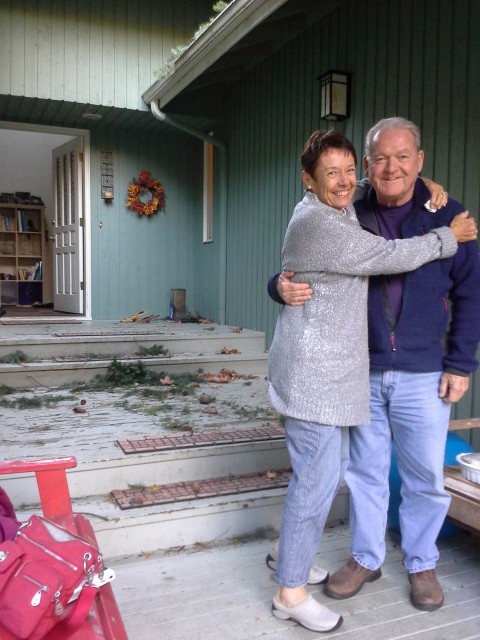 Mom and Richard arrive to find the mess left behind by the storm the night before (which knocked out power). 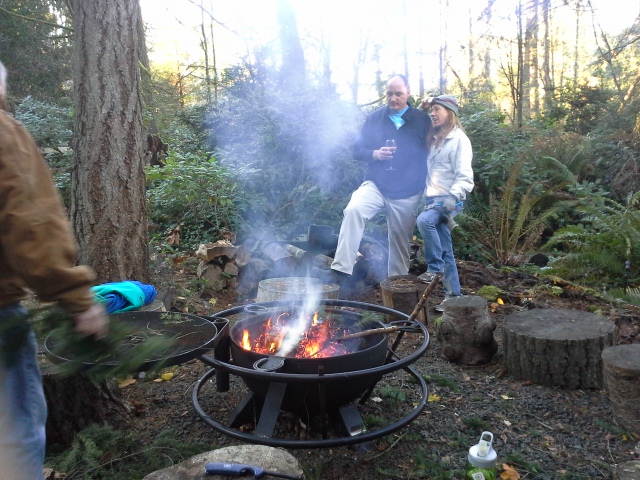 All cleaned up and burning away! Cheaper than hauling it 😉 Plus, you know I like fire. It was hard to get me to come in for turkey…