Goings on – science fairs and skates 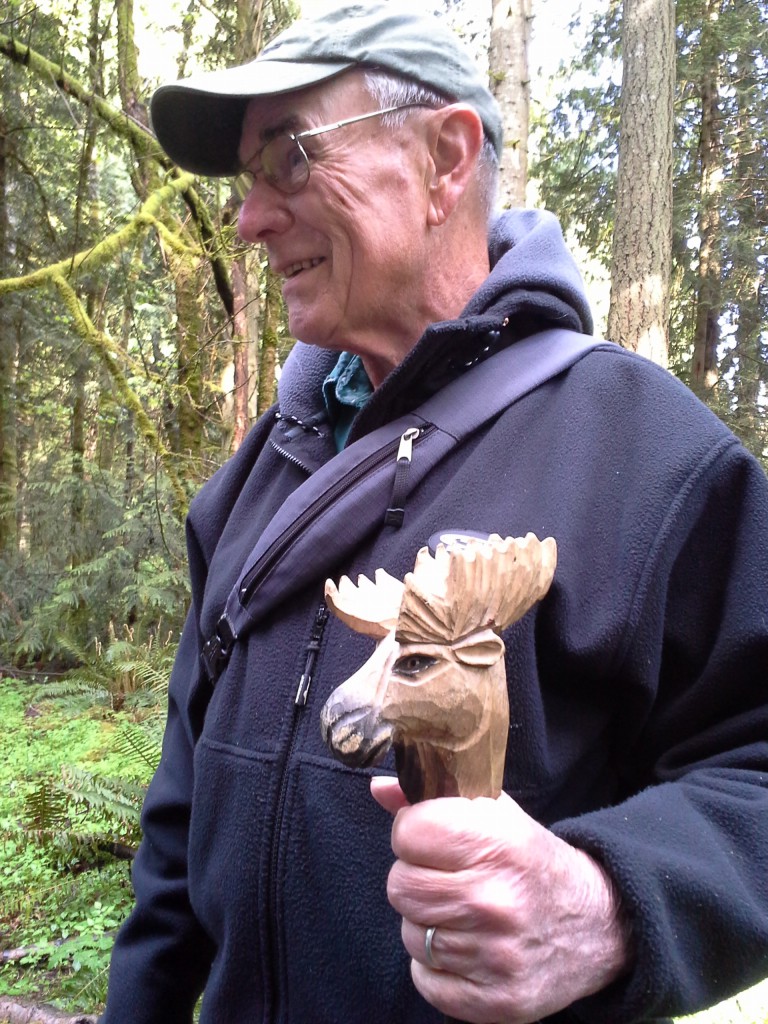 Ran into this cute character out on a hike. I couldn’t resist taking a picture of his staff which he carved himself. I think he said his name was Arch. I learned about where some Native Americans have an awesome carving studio, so have tucked that away for a summer adventure. Isn’t this the neatest? 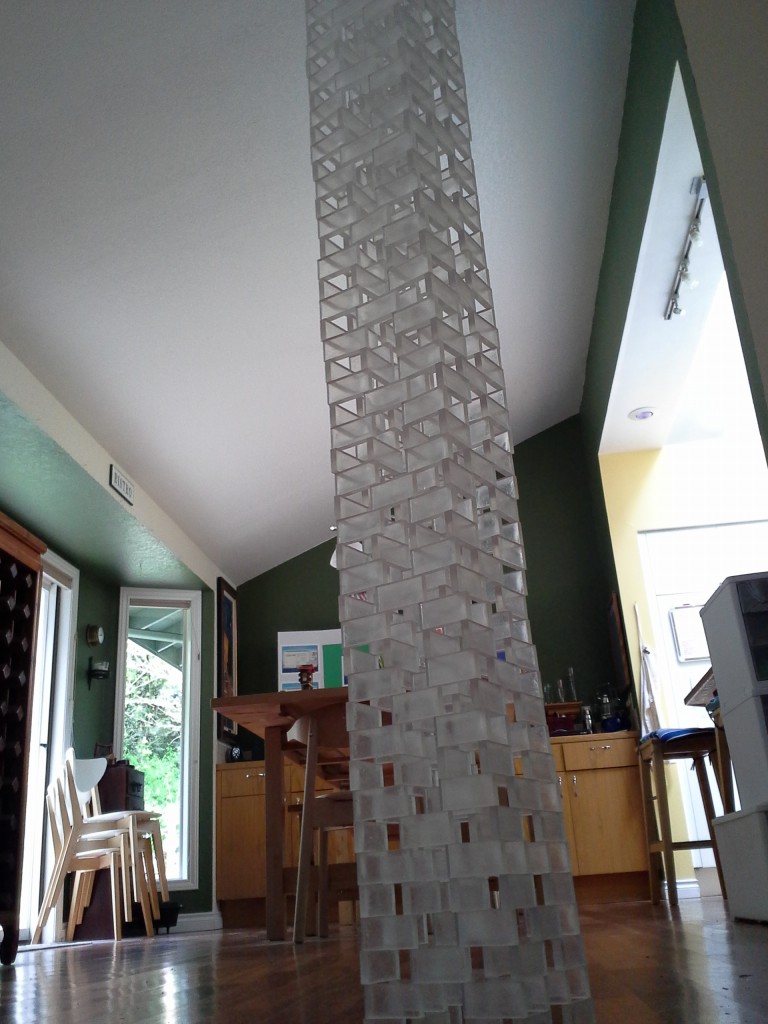 This tower of dominoes was over 5 feet tall. We kept it up all week so Sam could build higher. Can you believe that despite a very hectic schedule all month (April has truly been nuts) I managed to slow down just enough as I raced around so as not to knock this down? This speed bump really didn’t bother me because it reminded me of Sam. 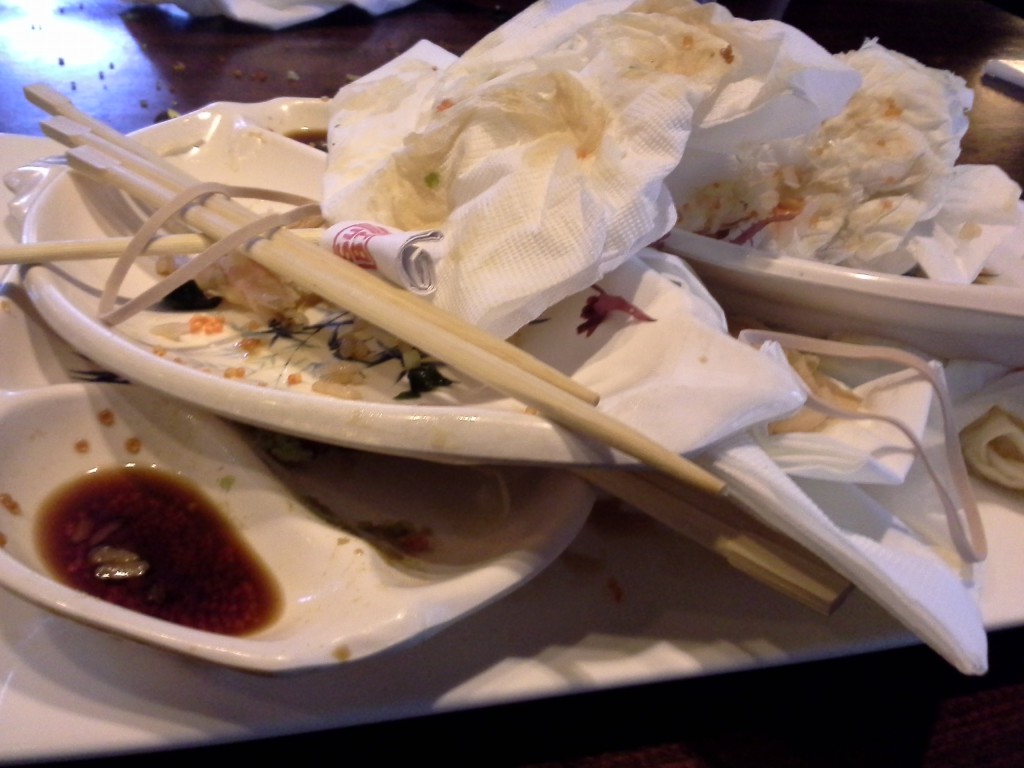 Reward for successful science fair setups! This is the sushi carnage! You would not believe how much sushi these two guys eat. I spent $73 dollars just on them. Water for me. Two mochi ice creams. Unreal! 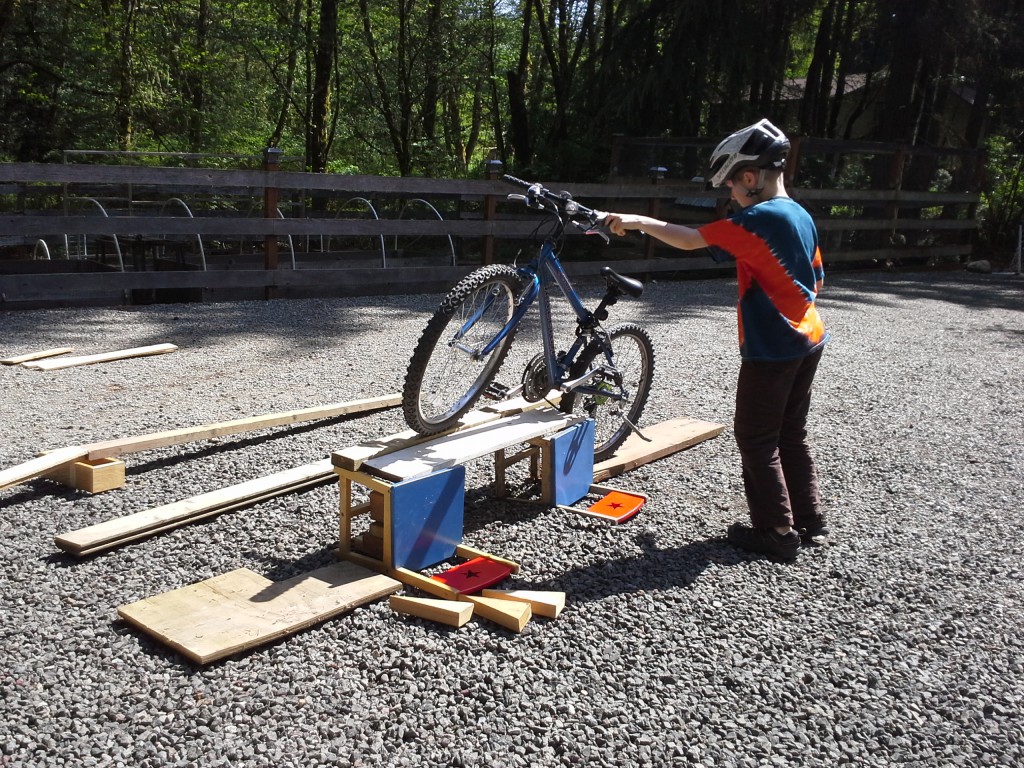 Some mountain bike jumping with neighbor boys! I even did this one! 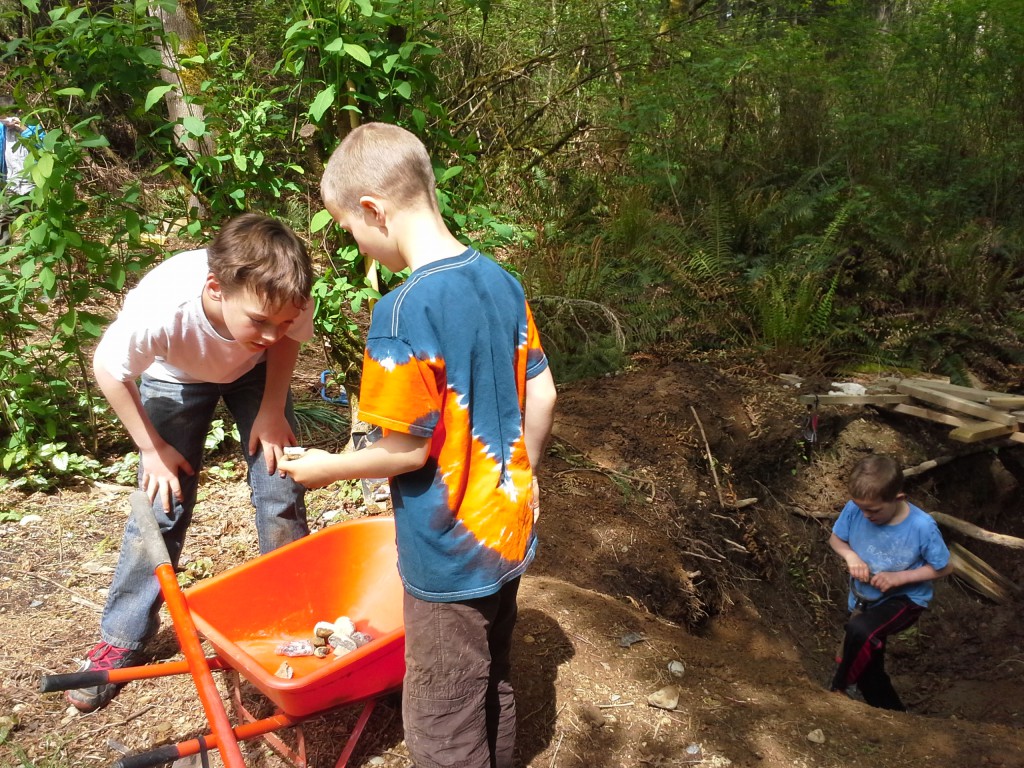 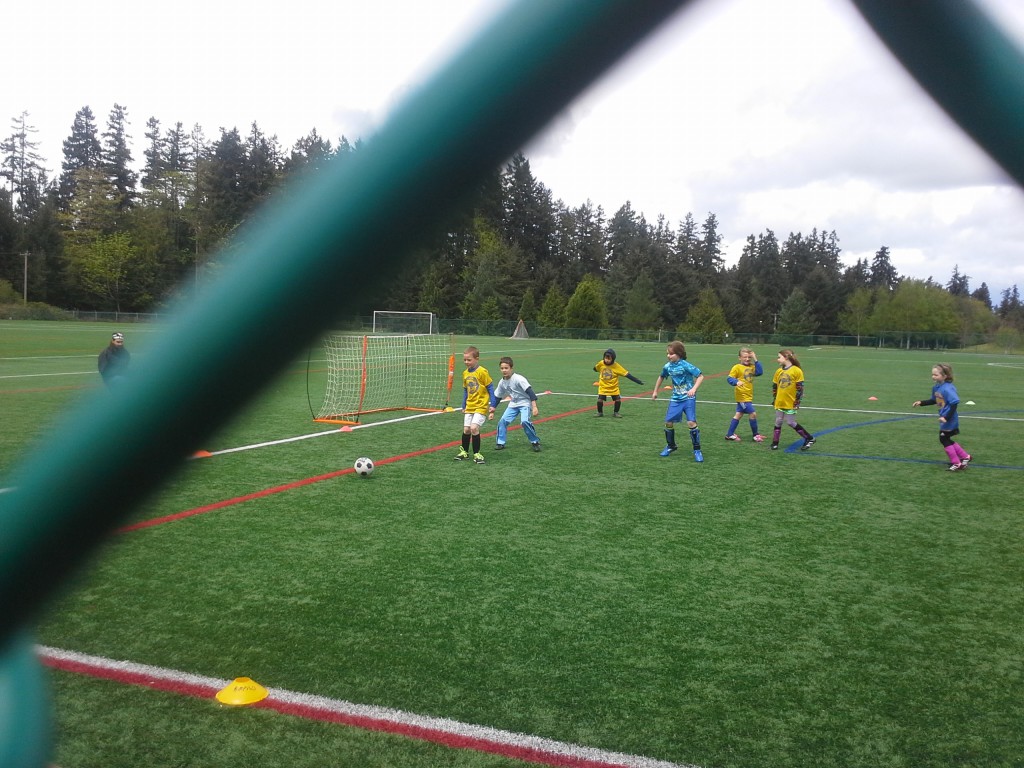 Ben loves soccer, so we got him some shin guards and actual soccer shoes for his practice. That guy has a kick on him! I was zipping back and forth between the hockey rink where I was skating with Sam to the soccer field. Incredible luck – I managed to see Ben score! Such a strut afterwards! 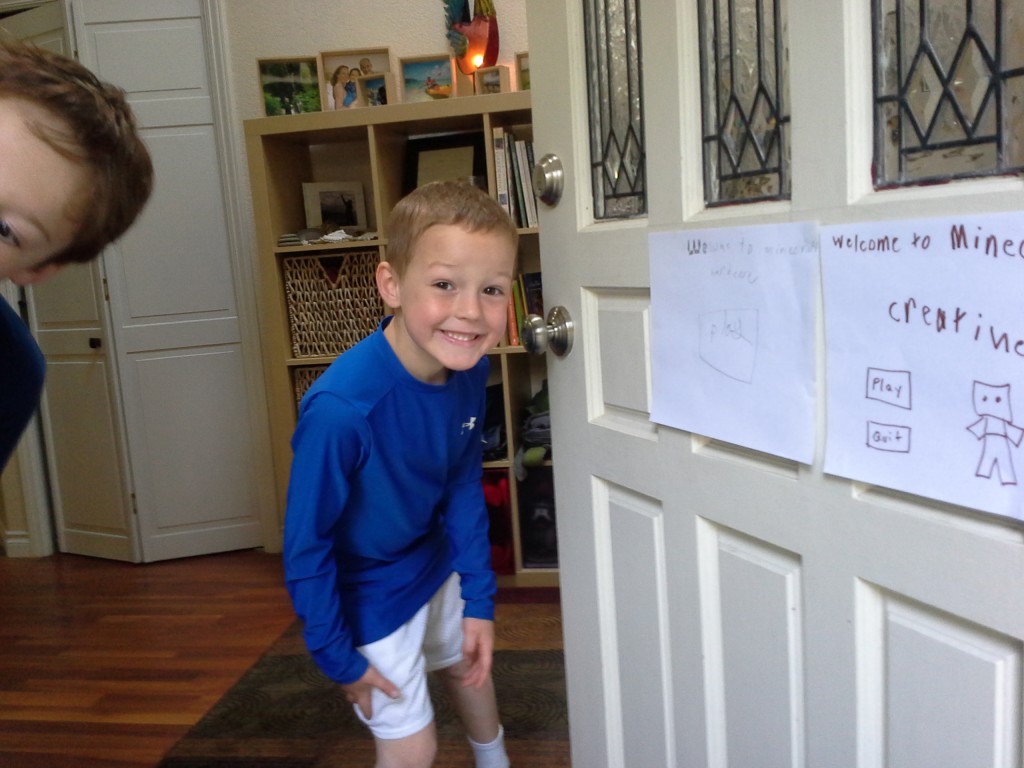 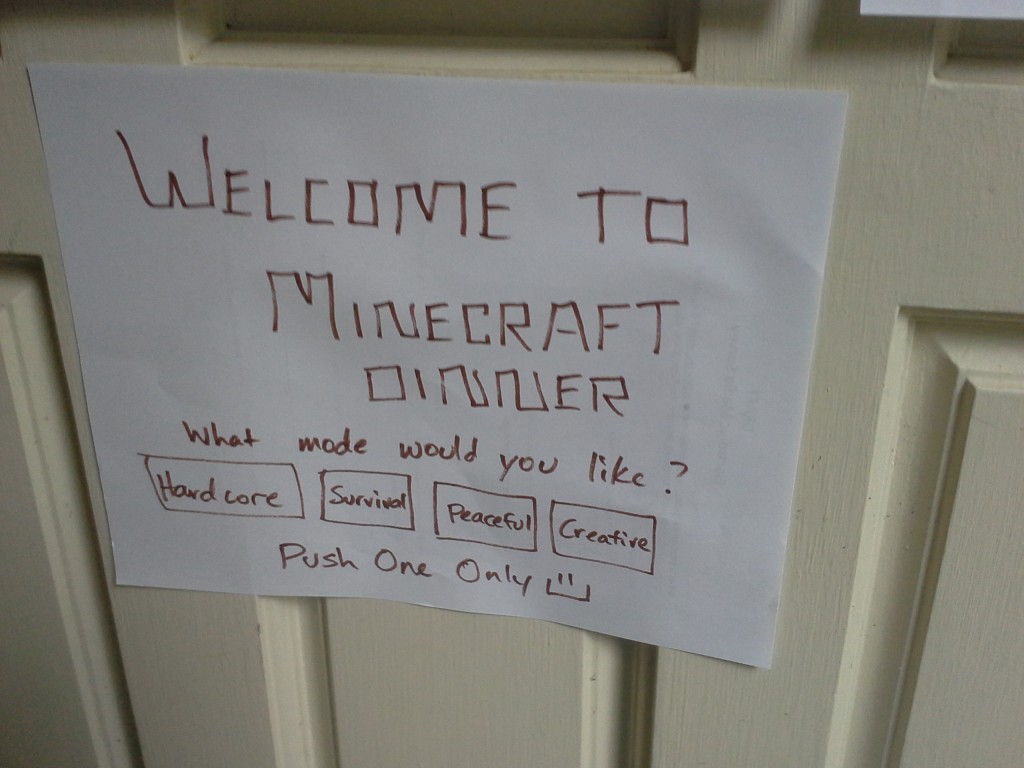 We thought it would be a rainout on Sunday, so hatched a plan to let the kids play some Minecraft and celebrate the indulgence with a dinner, using only foods found in Minecraft. The menu: roast chicken, beetroot soup, mushroom stew and cake. Day Road neighbors came bearing beetroot soup (Patricia, not surprisingly, just happened to have beets on hand!) and her lovely kale salad which is sooo delicious. 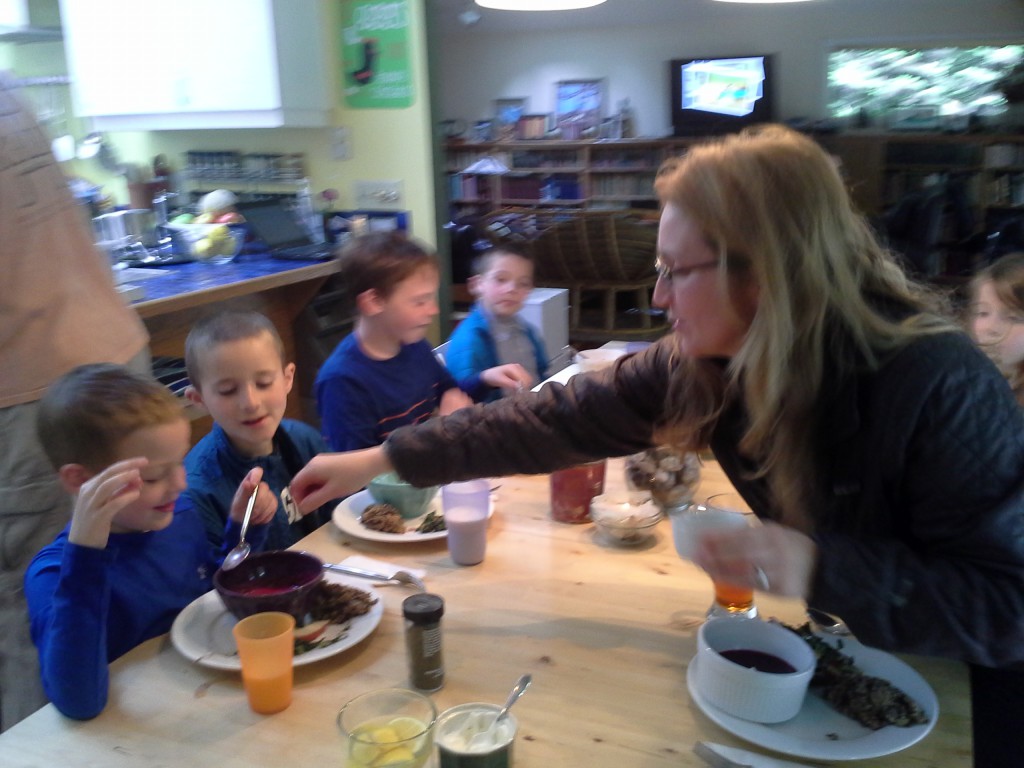 Patricia adding a little herb (fennel?) to the beetroot soup. Patricia is a wonderful friend. She is a calm and patient mom, never harried, and makes wonderful dinners for her family every night. I must learn to make a pot pie as her children adore it. 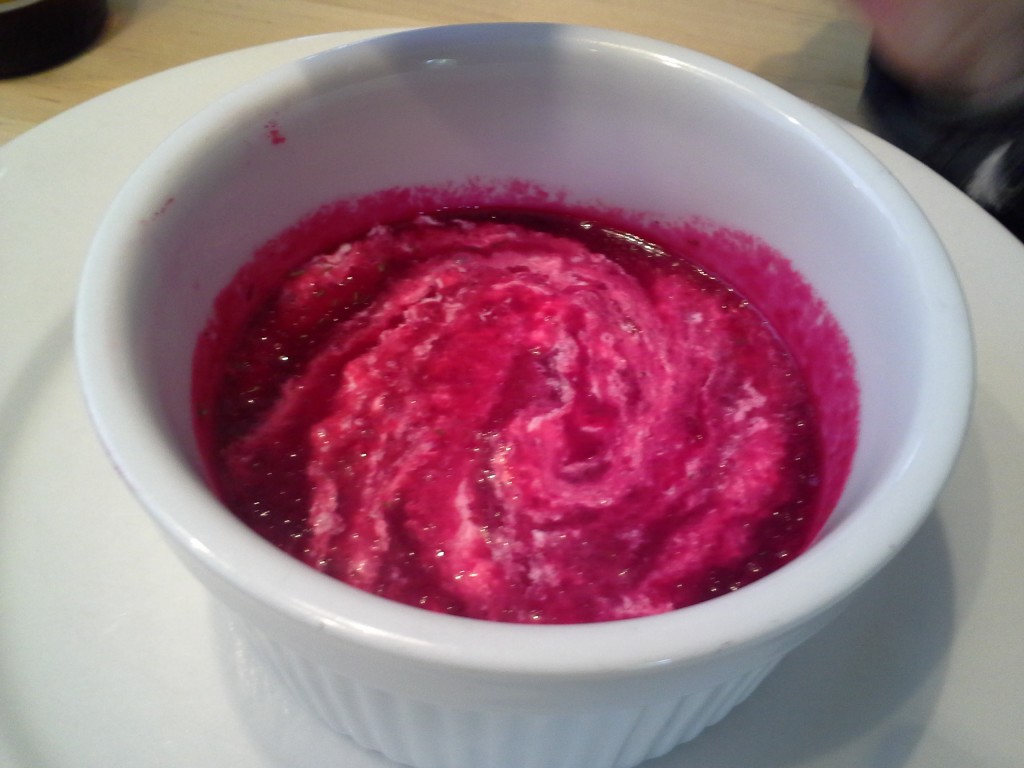 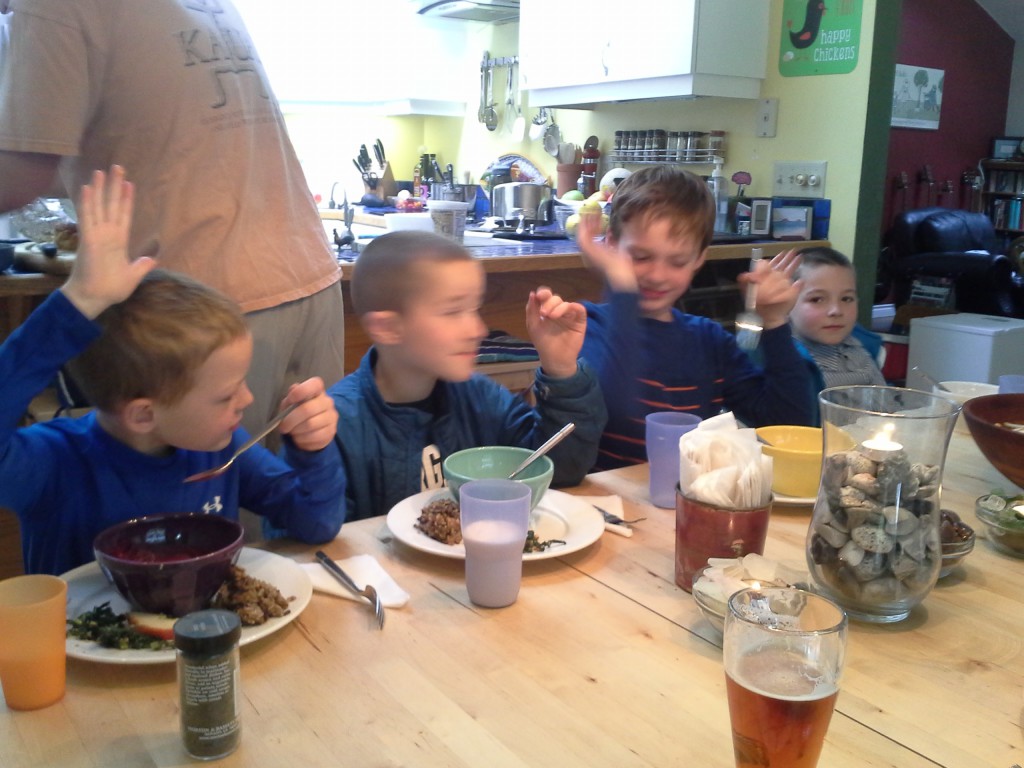