Today was the first inline hockey practice AND Gramma and Richard’s first day here! How do we not have a picture of them yet??? Geez! Must be because they scampered off to ACE Hardware – surprise surprise, right?

Here are some shots from the day – enjoy! 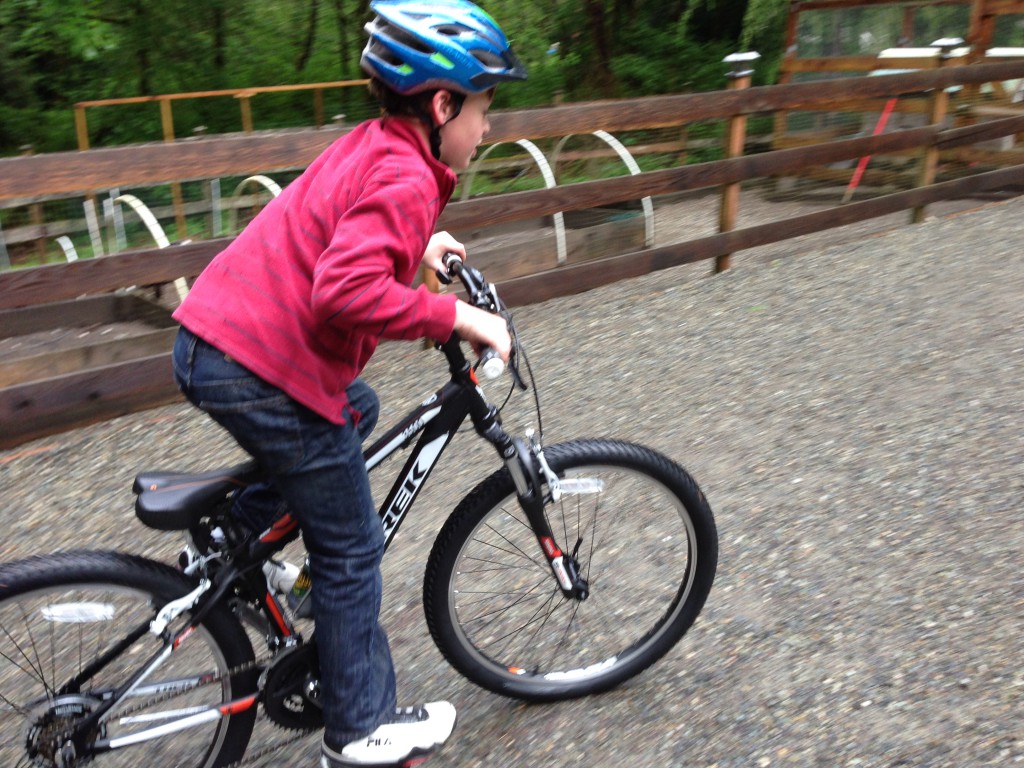 Sam on a great new bike – an adult size (13″ down tube in case you are interested) and he is proud to say “26 inch wheels!.” He really outgrew the other bike – I can’t believe we had him on it so long. Ben is now the proud owner of the other Trek bike I got of Craigslist. 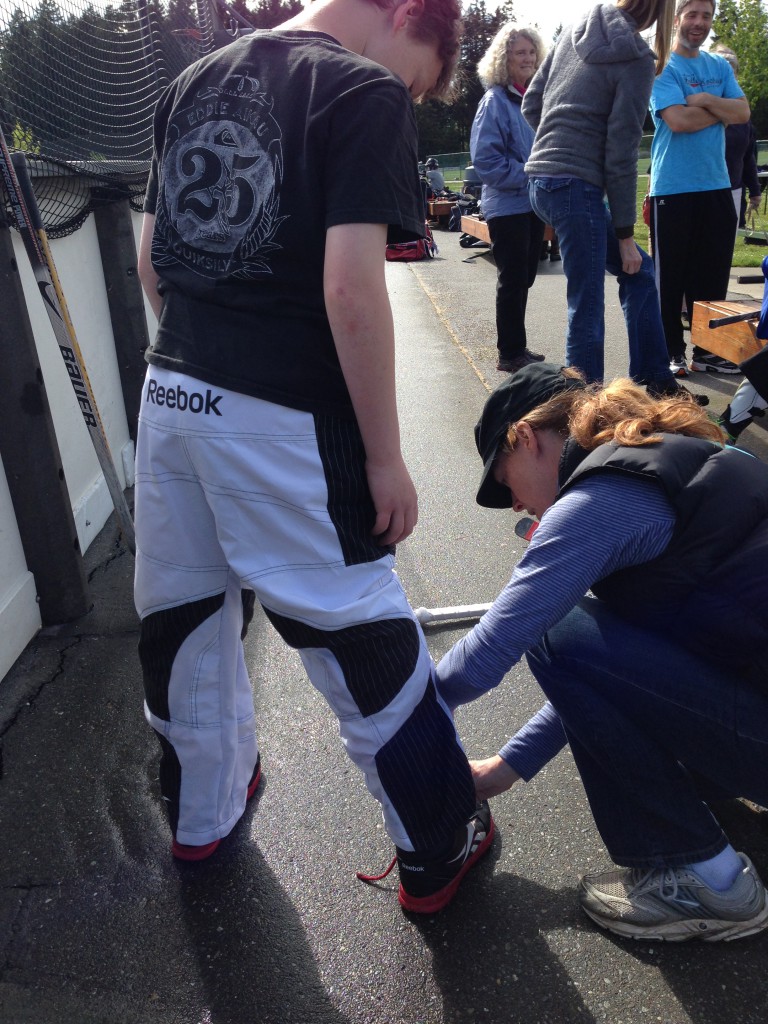 Here is the hockey valet helping get things situated 🙂 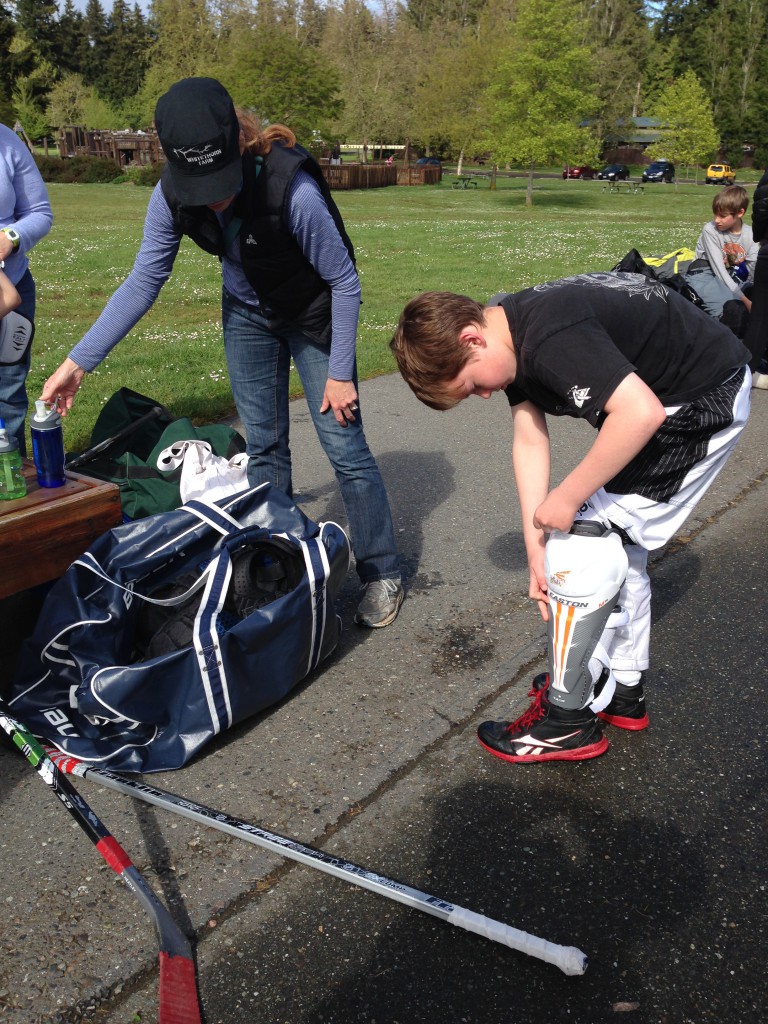 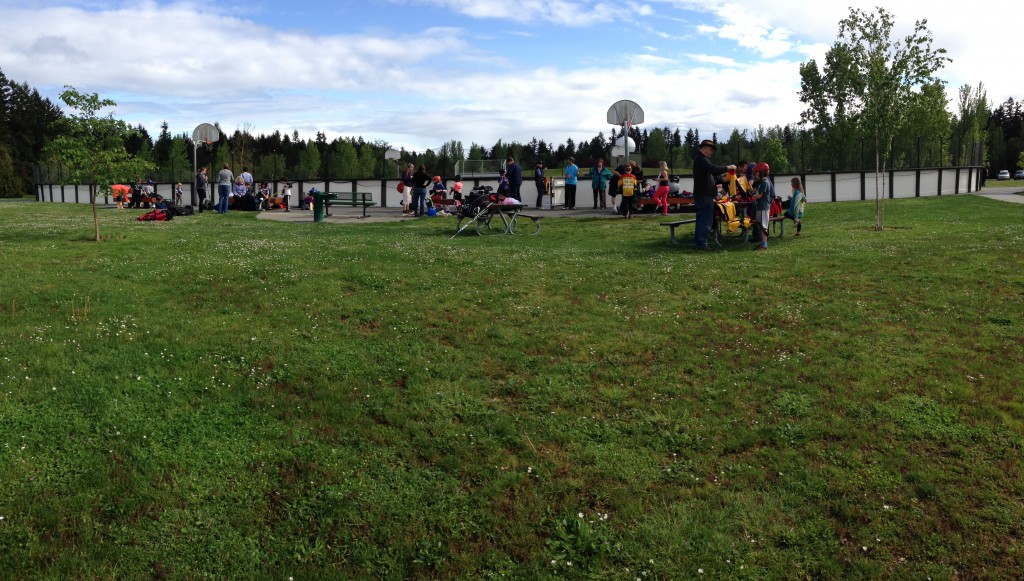 Mom took this nice landscape shot of the whole place. 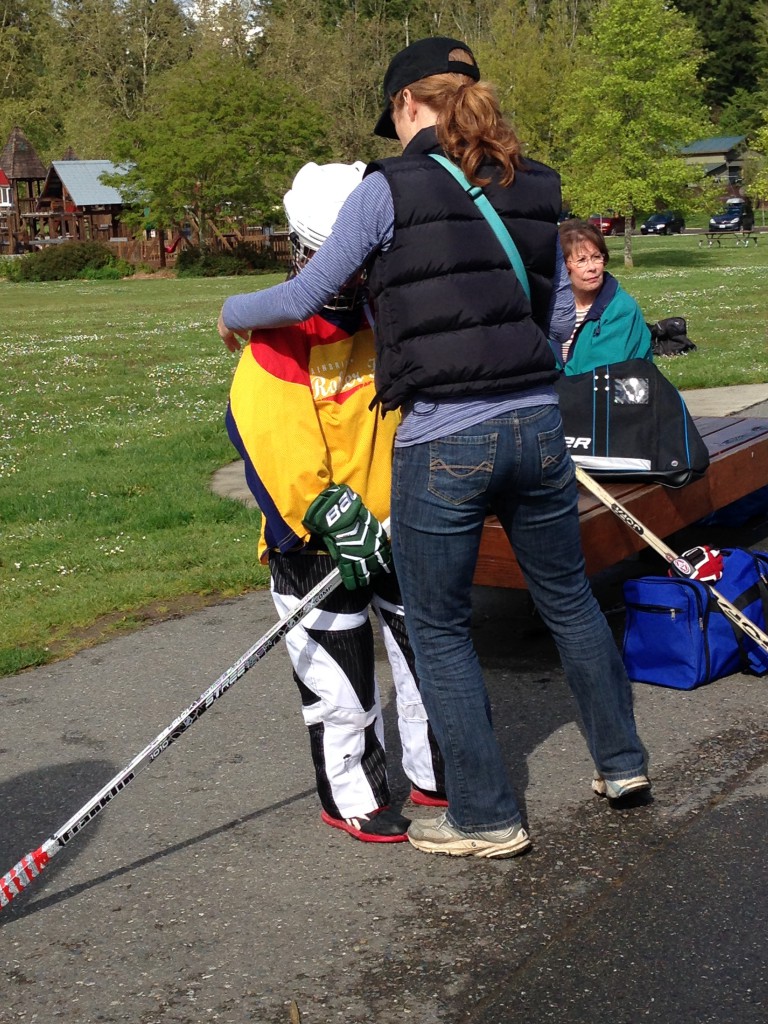 Putting on the jersey 🙂 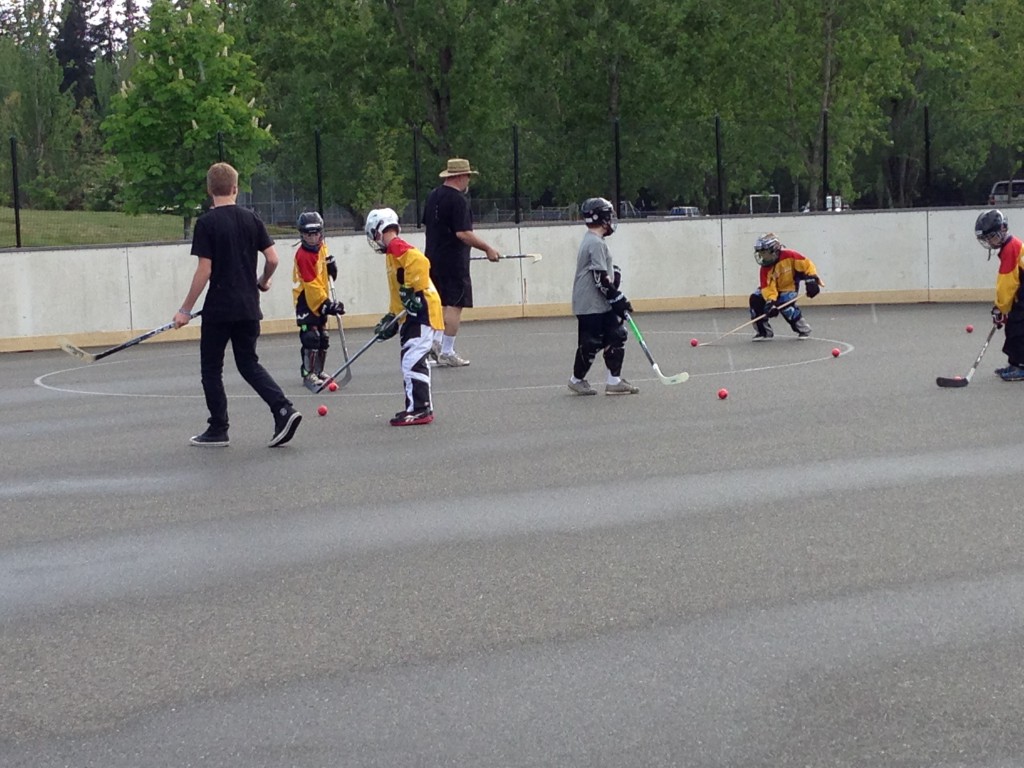 And off he goes! Third from left. Learning in sneakers today because the rink was wet. Practice is rain or shine but skates were out today. Sam was pretty ticked about that – “What is hockey without skates, really?” he said. 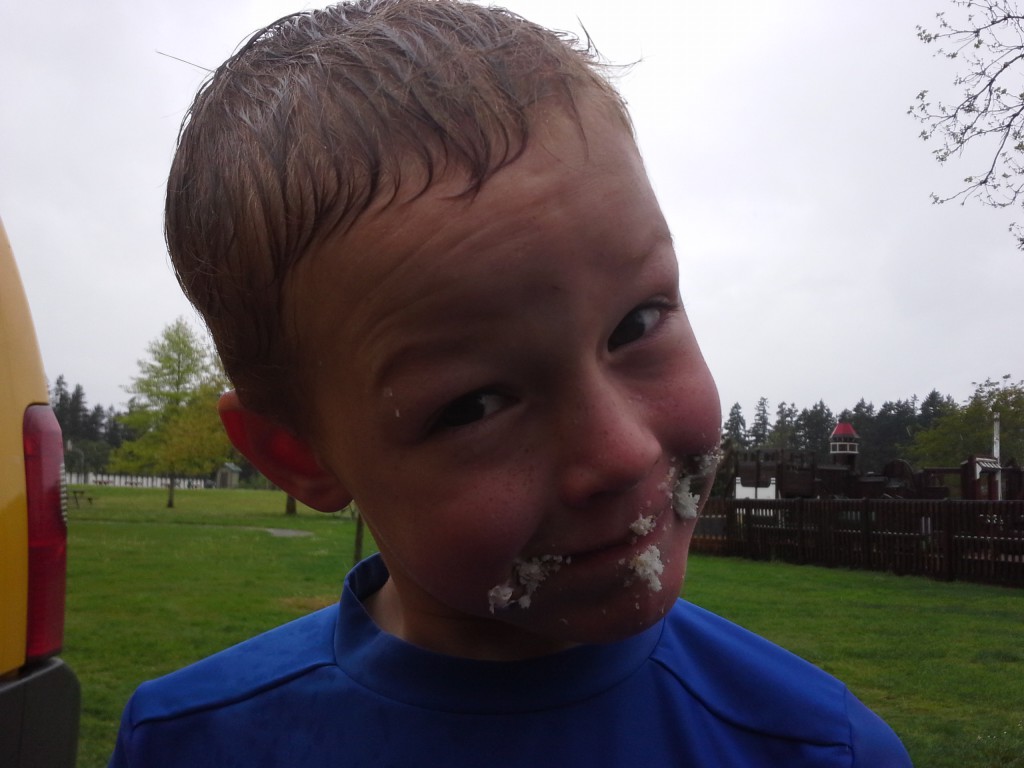 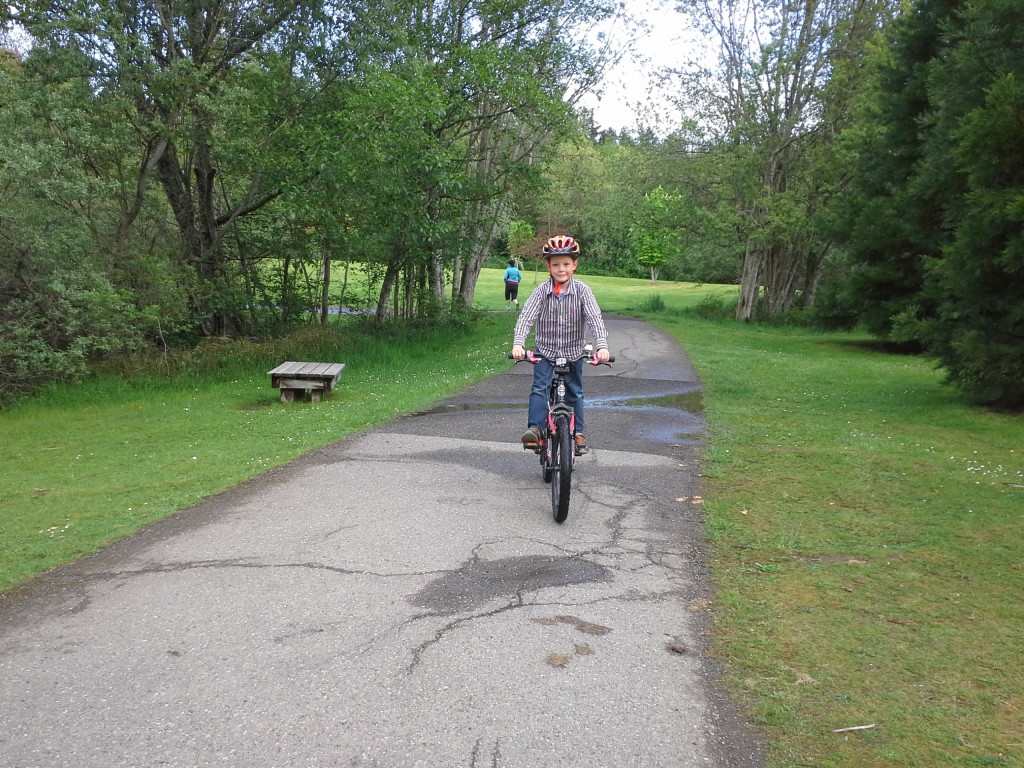 Ben biking around on his own at Battle Point Park while Sam was playing hockey. I did a trial (training) run with him while he was riding so I could see if he was ready. He did great! I ran to meet up with him at two parking lot entrances (mini-vans racing in for other team practices). He was so funny – here he is saying “I can canter on my bike!” – he raises himself up and down on the bike (out of the seat) as if he is galloping along! I nearly died laughing.