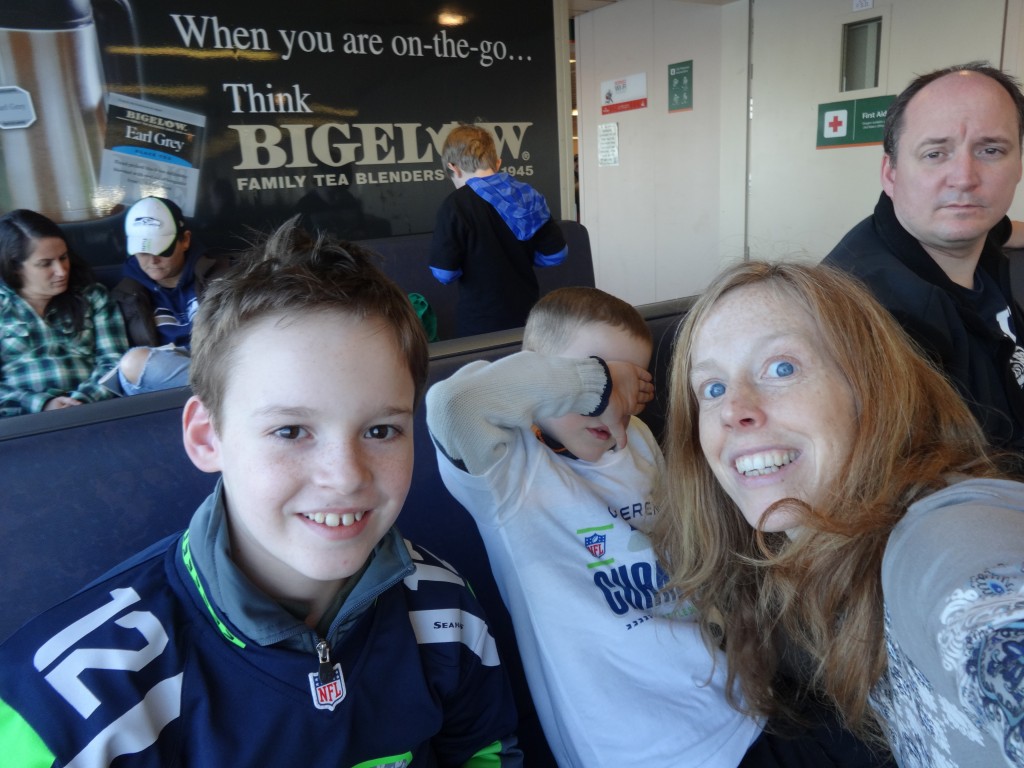 This has been a big week. In fact, two weeks. Your birthday this year, Sam, has been two weeks of festivities, starting with a flag football game which grew to double the size we thought it would be, to the Seahawks winning their big Super Bowl game while you watched with your backyard football buddy, Kai. We’ll be wrapping up with a tour of the stadium on Saturday with a bunch of your buddies, too. That will be really fun, especially after the big parade ended up there today.

Which brings me to what I really want to share with you on your 9th birthday. This week has confirmed for me something we have long known about you, but it becomes more apparent as you mature. You think about things carefully, and consider ideas from many angles. You solve problems in ways most of us can’t untangle without your help. You solve cubes that are bigger than your head, and dive into new interests with relish, like cup stacking, basketball, chess, Scratch computer programming, and games of strategy. Two nights ago at dinner you asked me – “Mom, how can you get a sum of 20 using only 9s?” I puzzled on that for a while and then asked for help. You replied – “Use a base 9 system.” He had been thinking about that for about a month he said. I looked it up and sure enough, it would work – using a nonary system. It is so interesting what goes on in the mind of a child. He had puzzled out how a base 9 system would work on his own – didn’t get that from enrichment or other teaching. He may have heard in passing about other base systems but no real direct teaching on it. I was always curious, too, really wanting to understand things deeply…but I wasn’t working on base 9, I was mucking stalls at his age.

This contemplative nature extends to decisions you need to make, too. That is something I noticed this week. You were a true partner in making the decision to go or not to go to the big Seahawks parade in Seattle. We all wanted to go for a variety of reasons, but ultimately you weighed both sides of the equation and made the right call – not to go. You didn’t want to miss robotics club after school, nor Scratch programming during school, nor chicken nuggets, your favorite school lunch. Those were the components of your equation. It was really interesting to see you decide that being able to say “I was there” was not the most important thing to you.

You asked me the other night, what position might be best for you in a football game (I’m working on starting up a flag football league). We’ve often talked about how much you like quarterback, but you’re also a big guy. There are a lot of positions you could play. I’m certainly not qualified as an expert in these matters, but I DO love the game myself. It’s a little like modern day knights–guys who go out onto the field of battle in all their gear in the hopes of an honorable victory. (We’re reading King Arthur right now.) Thus, I have come to conclude that the attributes I see in you would certainly make you a good quarterback, should your spiral skills continue to develop as they likely will. You are smart, strong, courageous, deliberate, an excellent strategist, and above all a great leader.

I am so lucky to be your mom and watch you transition from boyhood to manhood. It is a great privilege to give you my best, every day. When I fall short, you inspire me to try harder the next day. Yesterday I cleared something off my schedule that I really wanted to do so that I could kick a sore throat and give you my best, not my leftovers. You and Ben deserve that, and each day I will strive to engage in my own fields of battle (commitments) with honor.

I love you dearly, Sam. Thank you for your example.