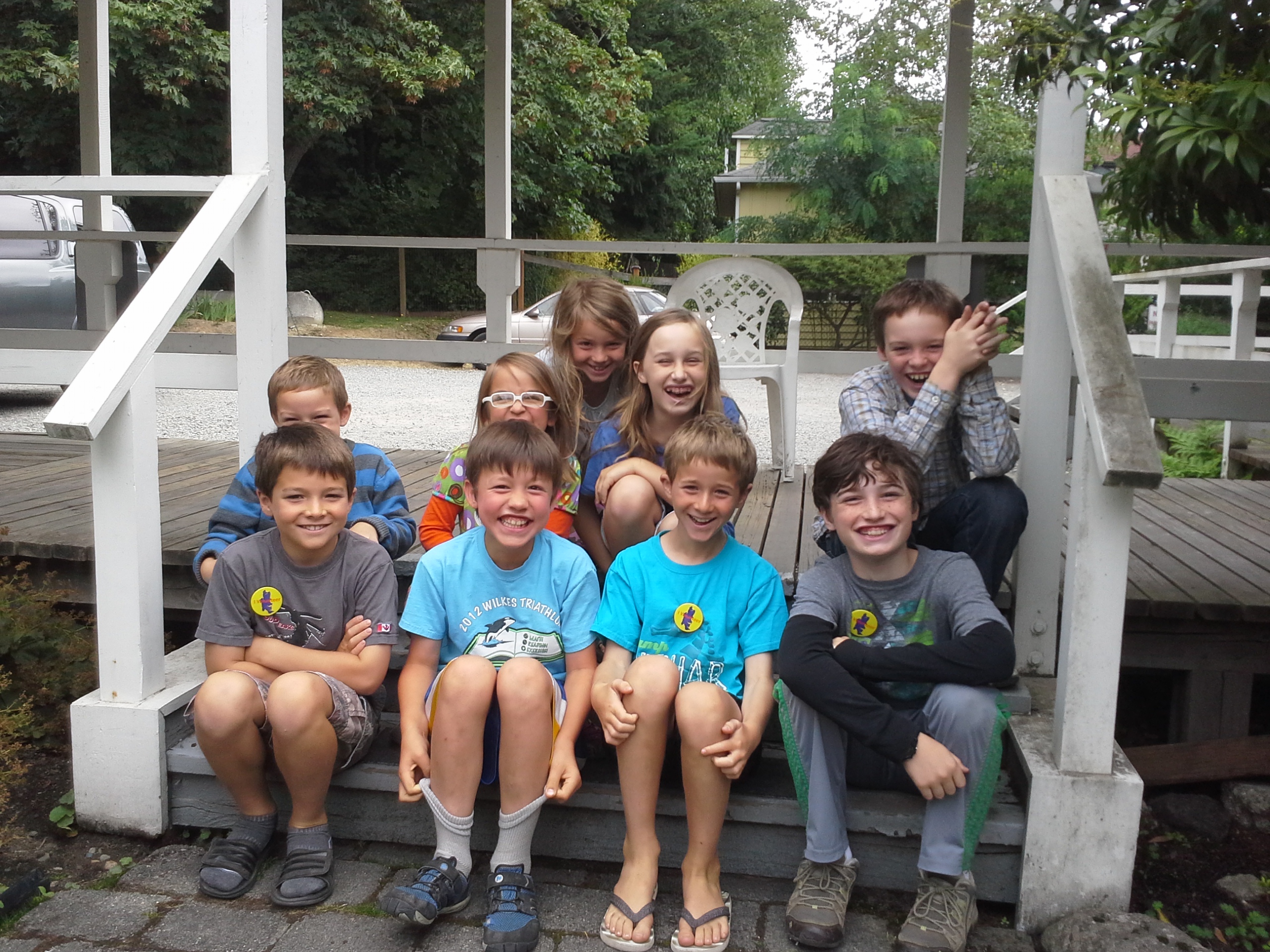 Last weekend I noticed a flyer up in town regarding Project Backpack. We support the charity, which provides school supplies for families in need, through donations ($) but I thought they MUST be doing a lot of sorting right about now to get all those supplies handed out. It occurred to me it would be a great job for the Cream Soda Crew! A way to help other students and continue working together as a crew. I called Helpline House and left a message, something like…I have a crew of young boys who are experts at demolishing odd jobs. I explained the inception of the crew as a charitable endeavor in support of their school auction – they got their start doing spring yard cleanup. I hung up and wondered if I would hear back. I did!! While initially they were a little doubtful about 5-6 boys coming down and sorting/labeling supplies, they decided to give us a chance. (I understand – most of the jobs are outside, but I know they can handle inside work, too, thanks to Sara putting them to work at the courthouse!) Well, after we got the ok, more kids joined the crew. In the end we had 9 kids – 6 boys and 3 girls – grades 1 through 5! What a team! Take a look at what they did in just one hour! The teenagers volunteering today don’t need to do all the sorting – they just hand out supplies! Way to go, Cream Soda Crew! We had a good time at the after-party at our house. 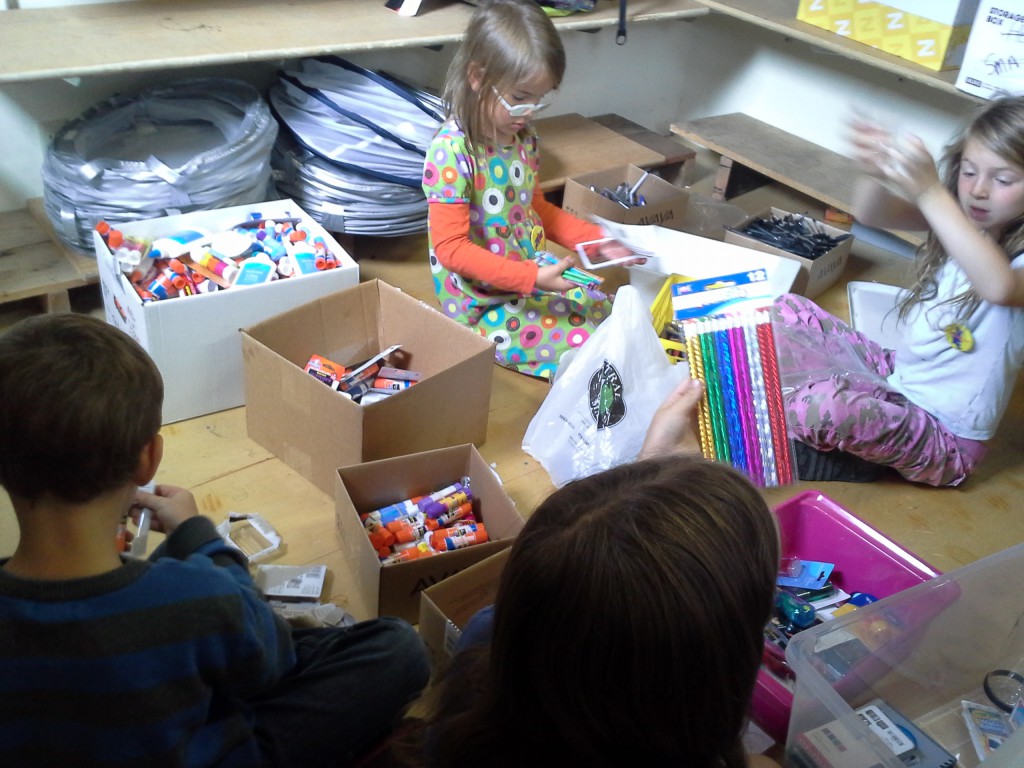 This was my crew – we worked on bundling up glue sticks into groups of 4. We also sorted pens, pencils and other supplies. 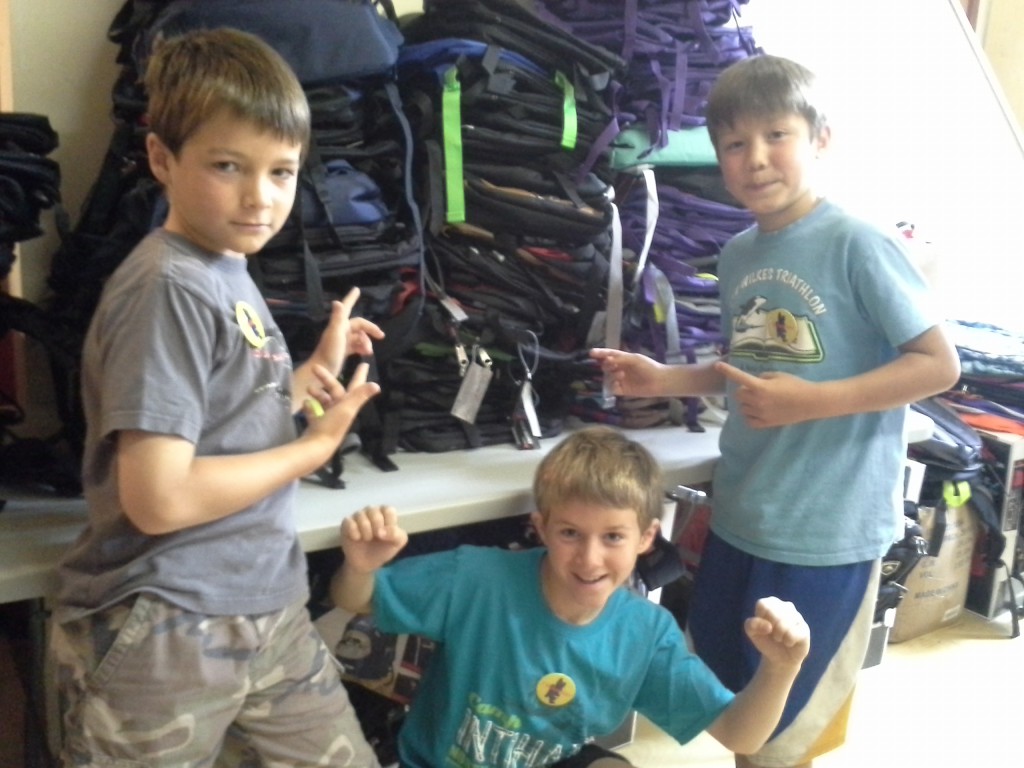 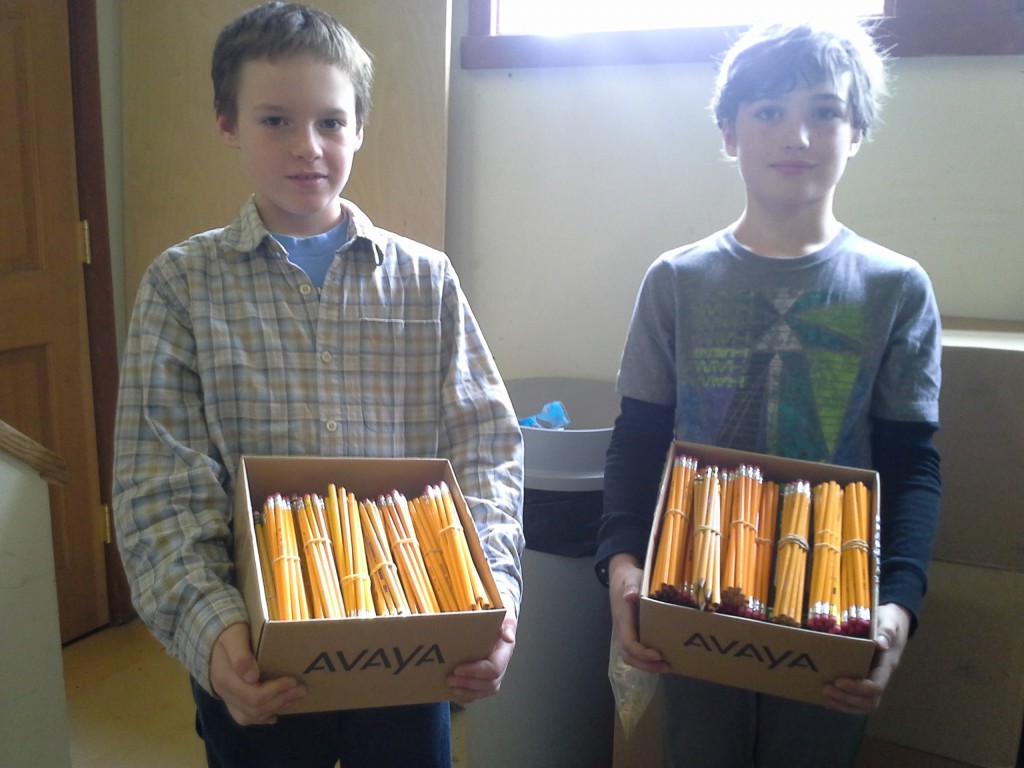 Pencil crew! When you get 12 pencils bundled up, it makes a distinct pattern, so you know you have 12. (The boys noticed this.) 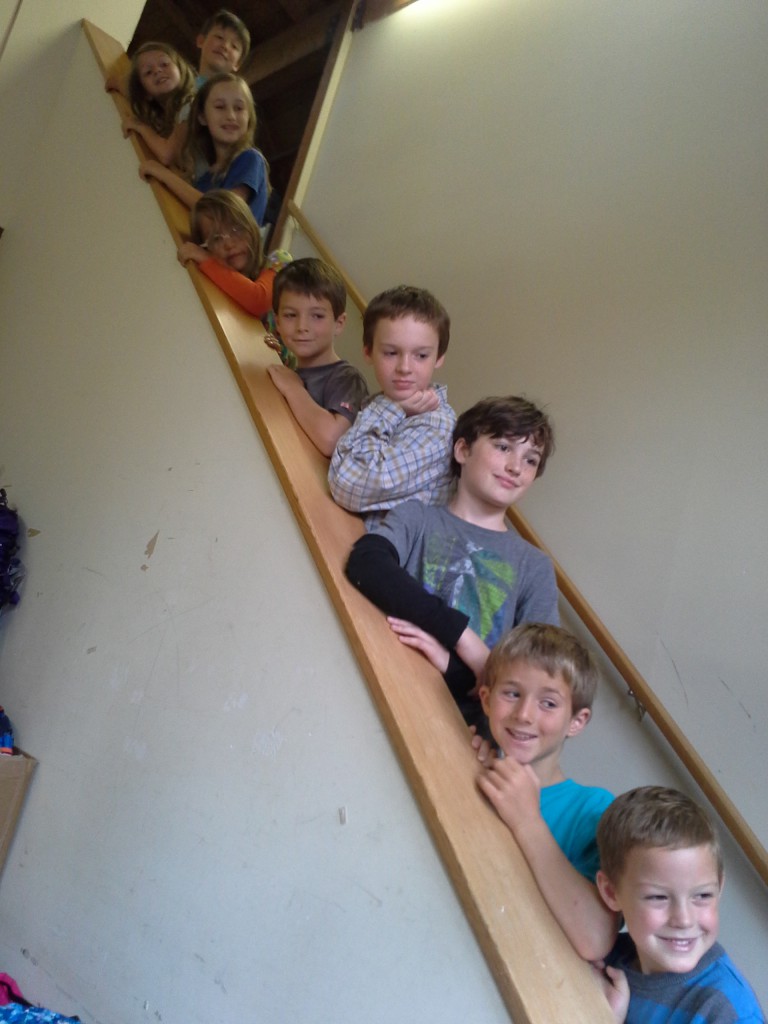 They were so awesome! 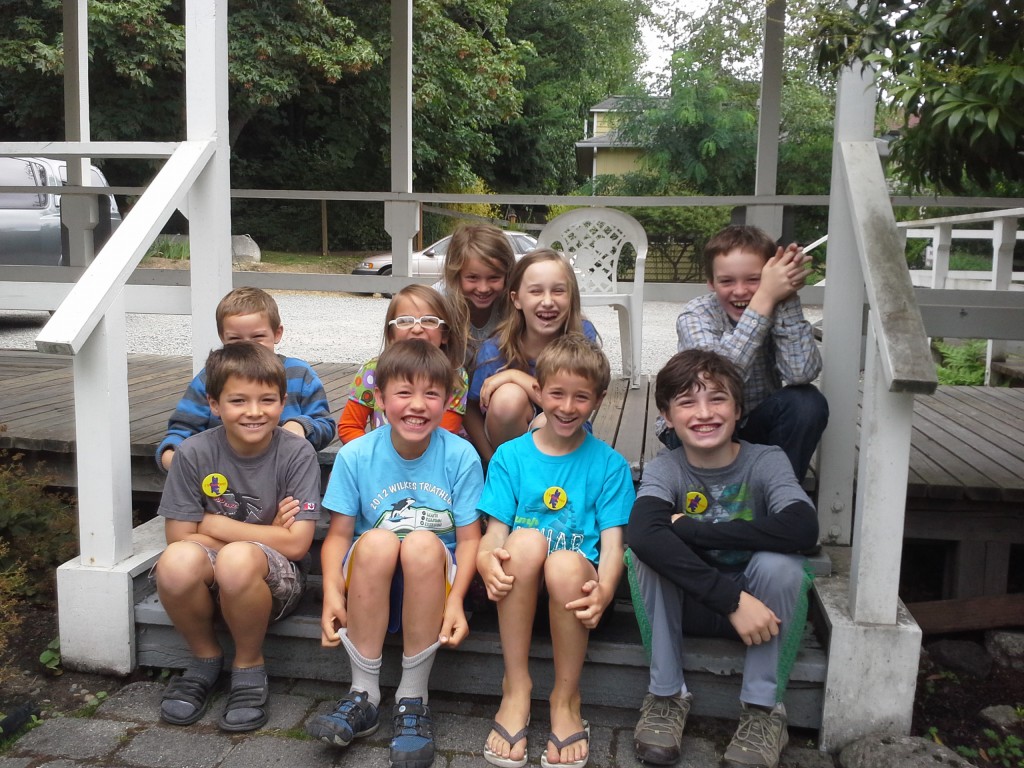 I think these were among the youngest kids to volunteer down at Helpline House! (Kai’s dad is making bunny ears over my head!) 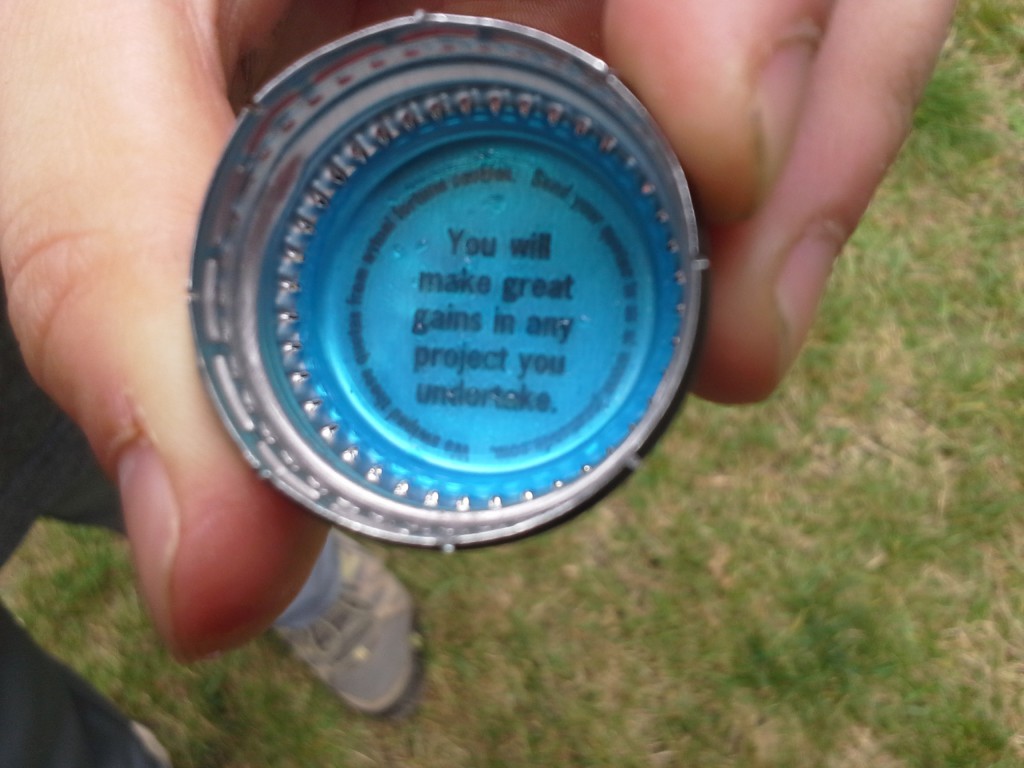