How long has it been since my last update? I think a couple weeks since we went up Mt. Zion…the boys and I… So, it’s time to post a few updates! 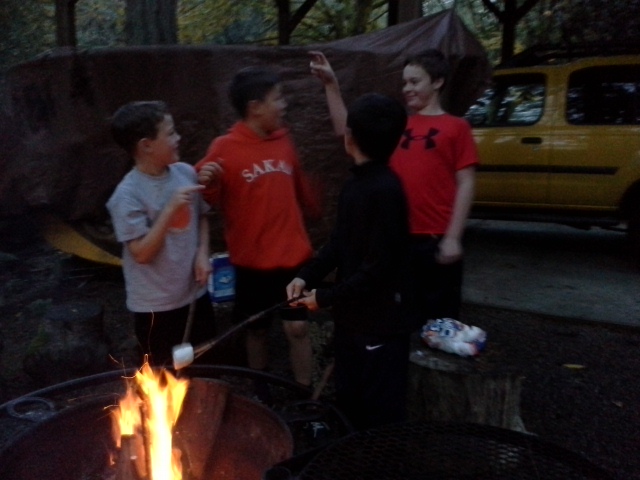 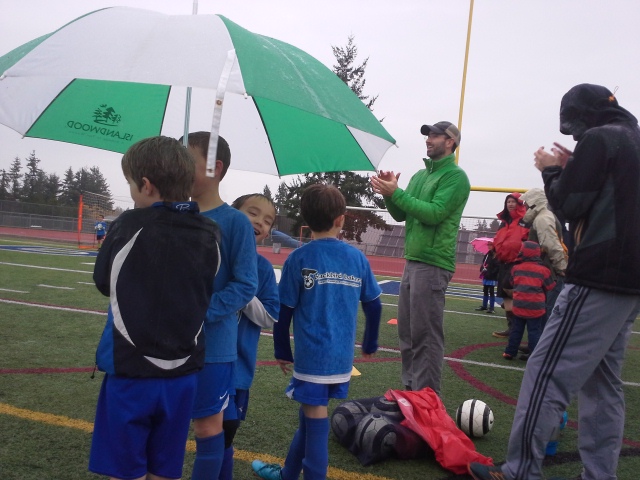 The weather has been really really cold, windy and wet this fall. Soccer has never been this much fun since I played in NJ! Still, the kids are all smiles and Ben continues to enjoy his time with the team. They are playing well together and winning some games, to boot. 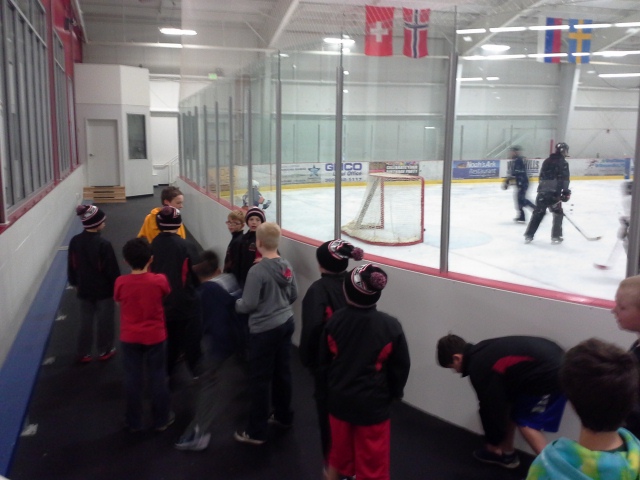 Sam is leading dry land (warm-up before the game). Earlier in the day he was doing dry land in the bleachers while Ben was playing in a wet soccer game. This prompted me to see if the coaches wanted him to run dry land while they put together lines for the game. It seemed to work out well. Sam enjoyed it. 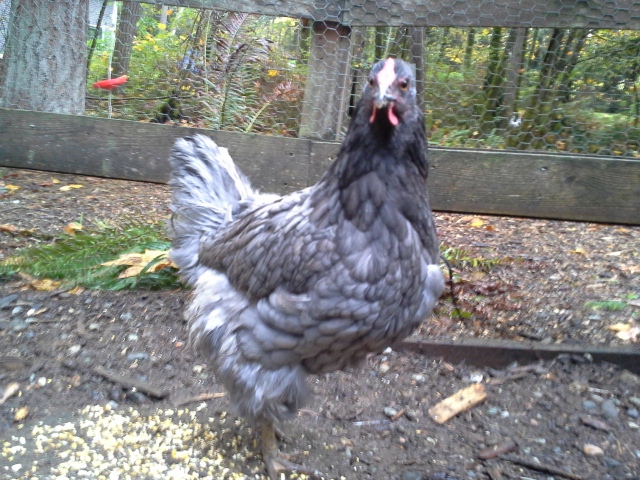 Wheat continues to learn how to integrate into this flock. She is very timid, still, requiring feeding by hand and constant vigilance to be sure she weathers the stormy weather ok. She finds hiding places where she can hunker down and stay out of the general chicken milieu. She’s learning to tolerate Calvin’s amorous advances. She’s an intelligent and sensitive little bird. I’m happy to see this through as long as it takes. 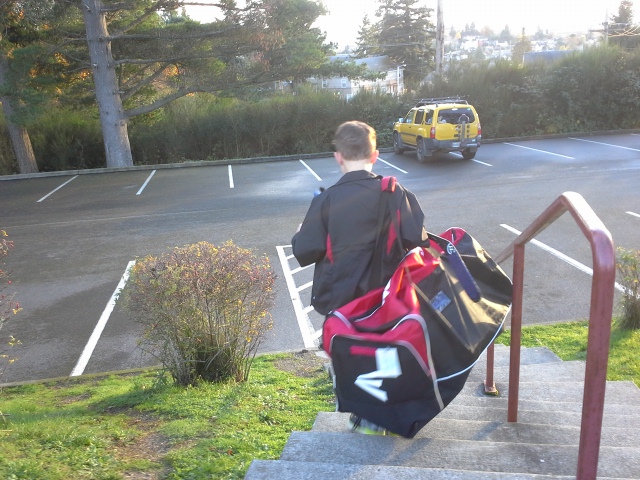 Ben leaving after a game. His bag is as big as he is! 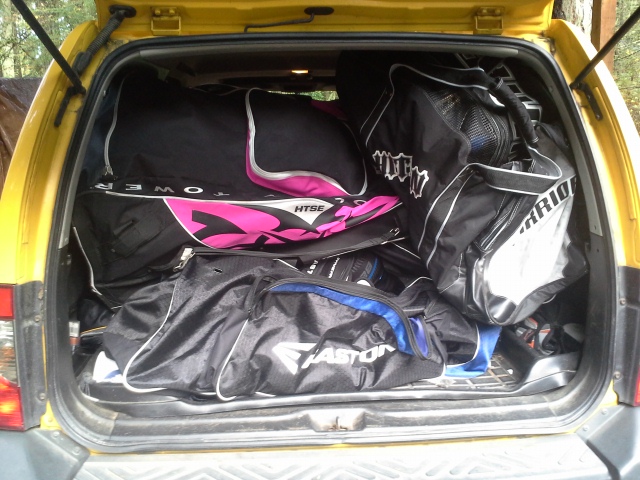 Taking 4 hockey boys to stick and puck, then open skate, on Veteran’s Day. My bag is in there as well. 5 hockey bags…that’s as much as this truck can hold without putting the roof carrier on! What a funny time that was at the rink. Look for a link to “figure skating.”

Here is the FIGURE SKATING VIDEO! 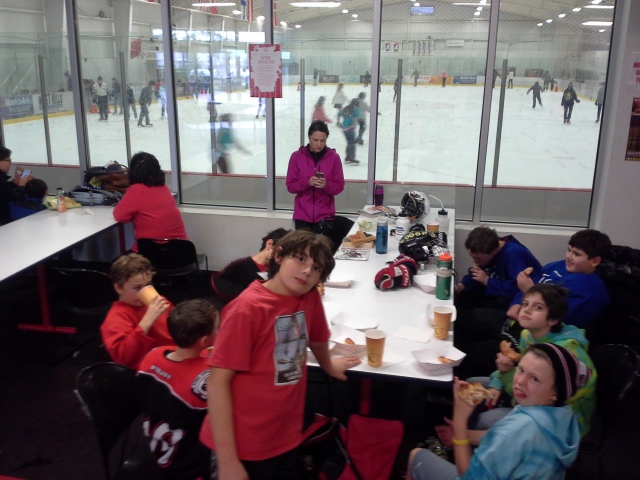 This was pizza time between skating sessions. I think there were 9 boys. That is Dee in the back (purple jacket) taking pictures as well. 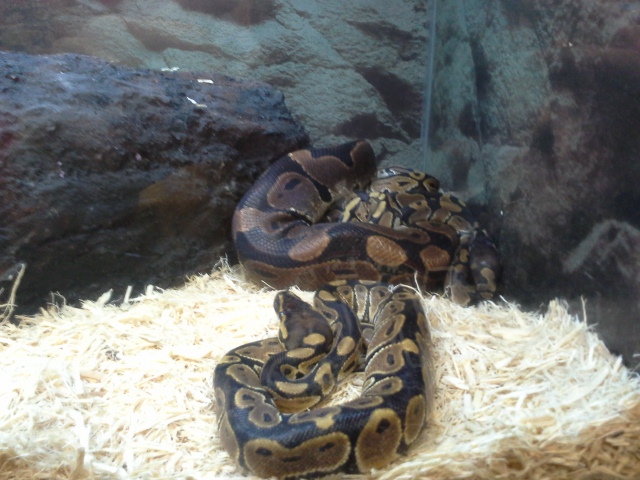 Sam has wanted a snake for a long time. I find myself in a spot where I need to consider: Xbox? Or Snake? Apparently the name “Bob” would be bestowed upon the 4′-5′ boa he hopes to bring home. Santa??? Thoughts? It’s only $60. Ha! And LIVE feeder rats! I can see it now – stopping on the way home from the rink for a feeder rat, then to Taco Del Mar, for feeder burritos. Geez…just when I thought my life couldn’t get more interesting. 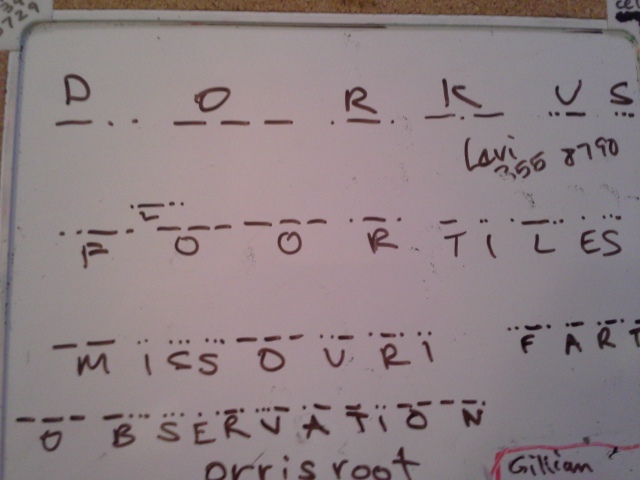 I’ve learned Morse Code! Every morning the boys give me a word to spell out in code, then I check my accuracy. This has been a dream for some time – 5-10 years. And at last, I’ve learned! 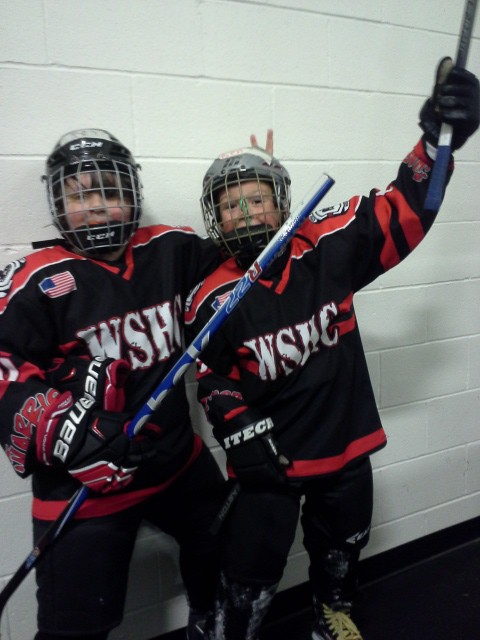 A “happy Ben” picture after a great hockey game! This is his buddy Sam (not brother Sam). 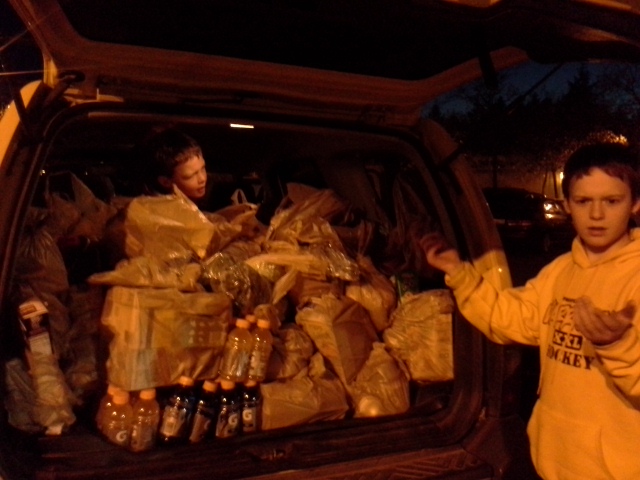 We stopped at the commissary on the way home. $397 worth in the truck. Ben was in charge of the $5 tip you give to the ladies who help you out. But where is it? Apparently he’d put it UNDER a bag thinking it would be fun if the little lady found it as she loaded the truck and wondered if it was for her. Sweet little treasure hunt…NOT! Sam and I shared this look of disbelief. It’s one in a long string of looks we’ve given each other with Ben lately. Just earlier that day he was missing both hockey gloves AND a left elbow pad. Thankfully I was able to find old backup pairs for the game, and then Humpty Dumpty was put back together at the rink from the lost and found, and another boy’s bag. Still…the missing items list has grown distressingly long in the last week or so. Time to turn the noggin on.