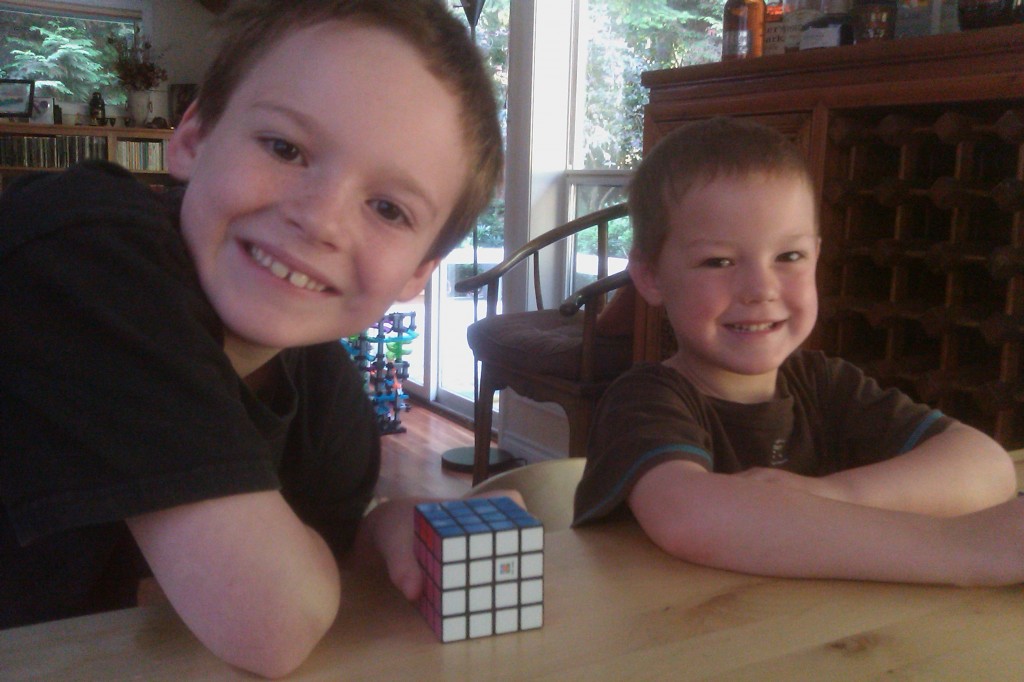 About 6 weeks ago we got Sam a Rubik's cube. Within two weeks he'd worked at it, and studied algorithms to solve the last layer which made solving a theorem look simple, and finally did it. I whooped and screeched like you wouldn't believe. Since then he bugged us for a 4x4, which he found was harder to solve because it doesn't have a static center piece. But he prevailed. And also got into wanting to understand the engineering inside, which led to dismantling them and not having the right tools to reassemble them. Hence, we now own 3 4x4 cubes, only one of which is functional. The latest - a 5x5! Which he says is easier than the 4x4. What a guy. Ben is working on a 2x2 and will probably beat me to it 🙂