Back to school! And everything since… 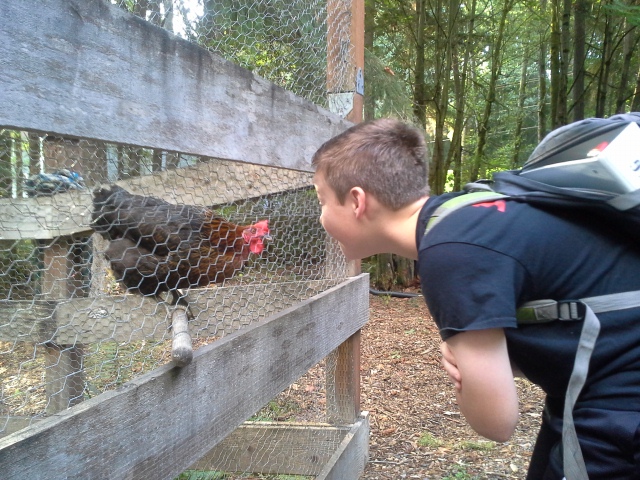 I am HORRENDOUSLY behind in sharing what has been going on here! Last week was the first full week of school and Dave happened to be away. The logistics of running two boys with three sports between them are complicated. The car pools are coming together for ice hockey, though. First colds have come through the house, but everyone is doing ok. I hope this week is a little more sane but I am not convinced it will be given my workload forecast…for which I’m grateful! I grabbed a few pictures which somewhat give you a sense of what we’ve been doing.

By far the most gratifying experiences to date have been weekend hikes with the hockey families – groups of 13-14 people, including 8-9 boys. The hikes have been big, with equally big views and the kids have really enjoyed themselves while we parents have gotten a good workout. They still have energy to horse around after dinner, ice cream cones in hand, while the sun dips below the ridge line. I’ll post more hike pictures as soon as I get them annotated. I’m also very happy that several programs are getting off the ground at the local schools – a Math Docent program at two schools and a Coder Dojo at one… stay tuned. Lots more details to take care of there, but I’m very encouraged. Speaking of school, Sam is LOVING it, which is a huge success – rating it 15 out of 10! Ben is very happy at school as well and only causing the expected amount of trouble. 🙂 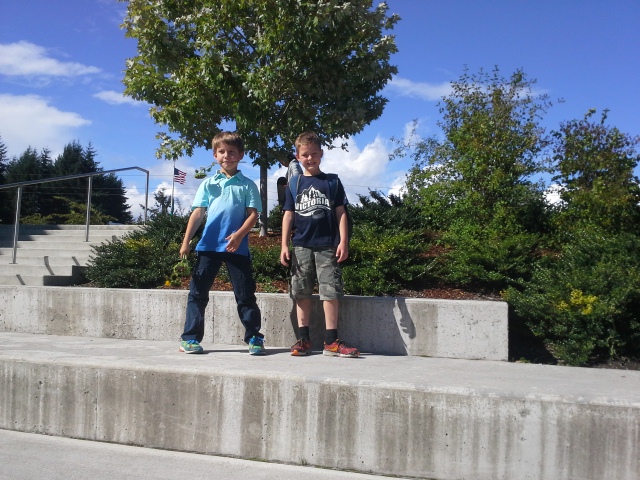 Ben on his first day of school – this is after school with his buddy, Cole. 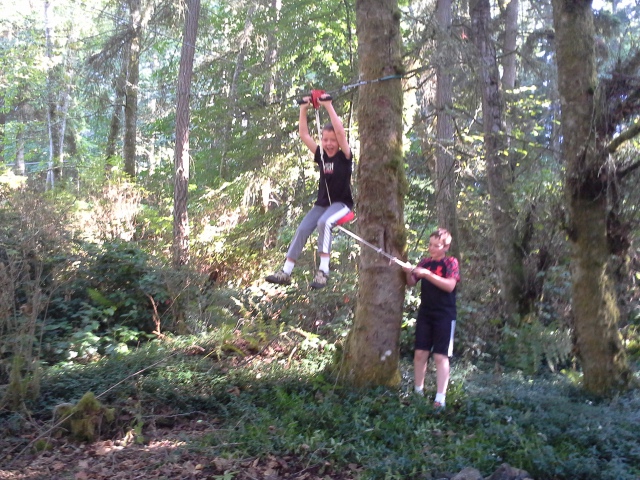 New zip line installed – it’s a huge hit! And a good workout hauling your buddy up for a ride 🙂 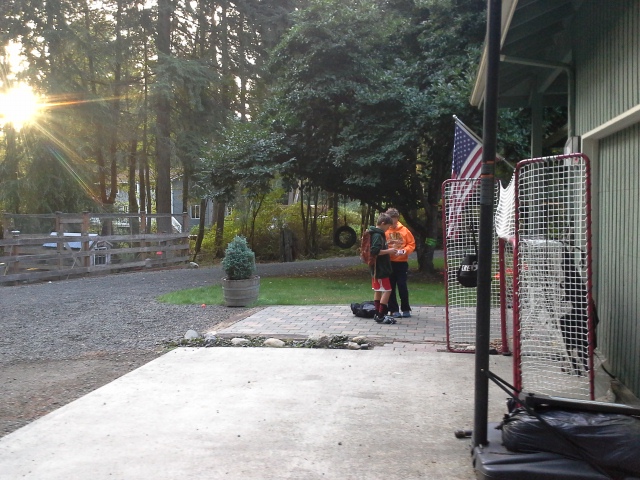 This is the morning routine – neighbor Kai pops over on his way to the bus and they work on cubing algorithms or shoot the hockey puck. It’s awesome. We are SO lucky to have great neighbors and be so close to the bus stop. 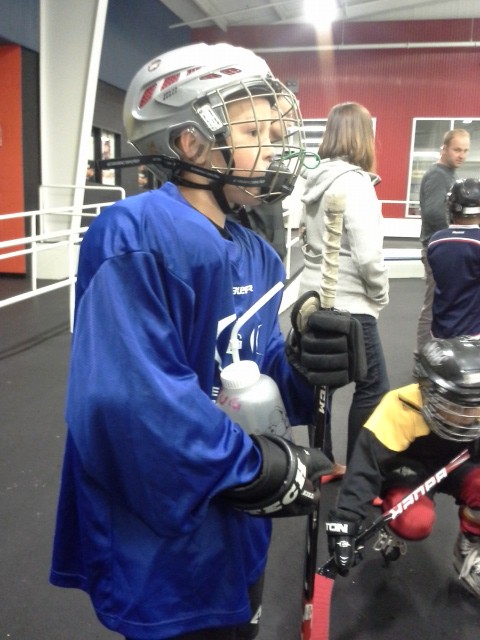 And back to the rink – this time with two boys! This is Ben’s first year playing Mites and he is really enjoying it! This is him waiting to step on the ice for his first practice. 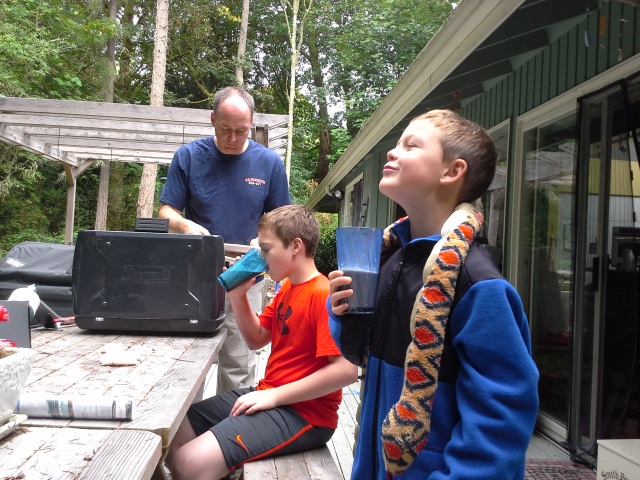 And…another first! Power outage! Very windy today. We broke out the camp stove and made eggs and hot chocolate. Ben is going “ooooh!” 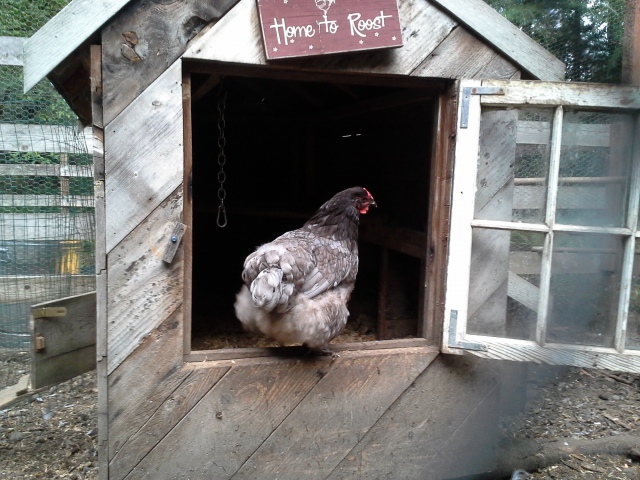 New hen adopted from my friend Anne (who actually sold this house to us). Her flock mates were killed by a raccoon, so she’s bunking in with us. This is her second night and she’s bravely assessing roosting options. I’m happy to say she was tucked up next to the King, Gordon, when I closed the coop door. Very little bluster and bullying. She’s a real sweetie. 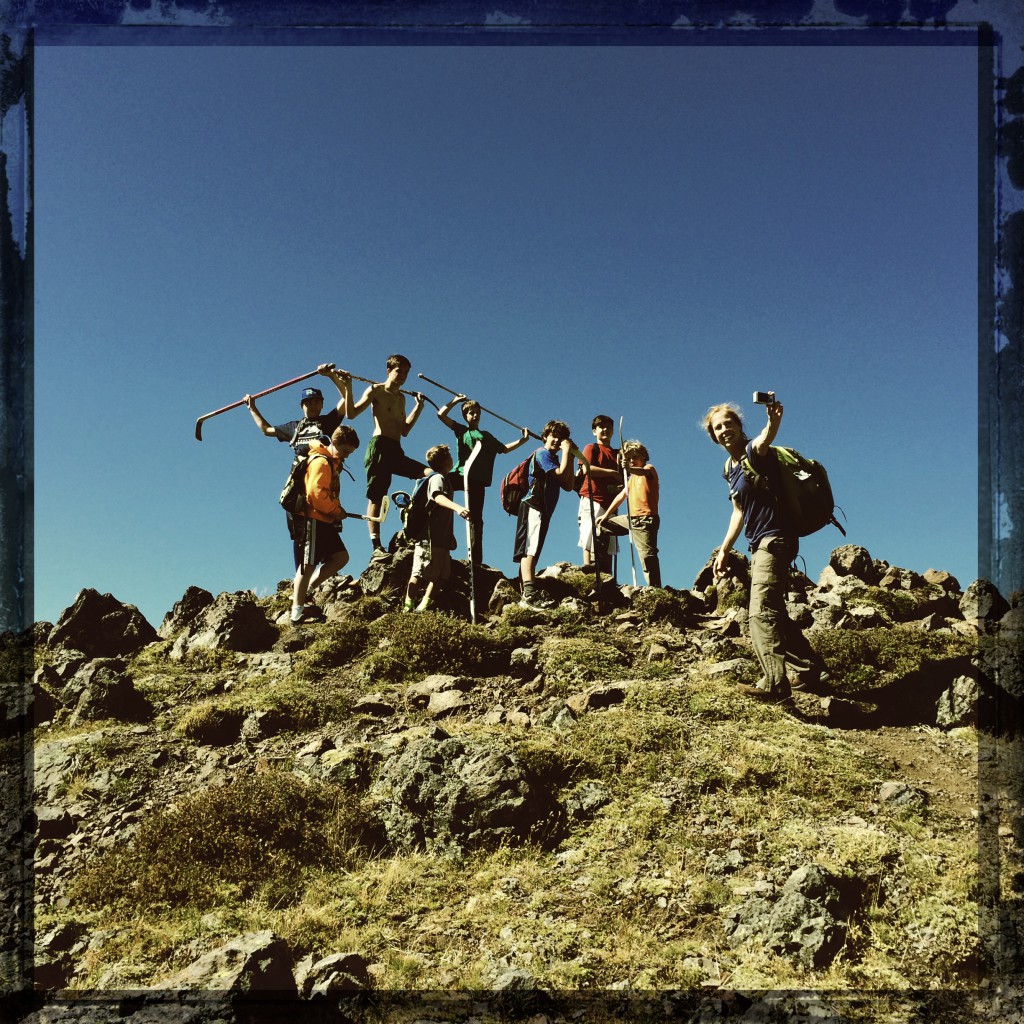 The Bainbridge Boys have been hiking every weekend – twice up 6000 footer Mt. Townsend (9 miles roundtrip, 3000′ elev gain) and enjoyed a great view on their second attempt. We have had such fun with these boys, and for some hiking is a brand new sport which they totally love. Great dry land training! 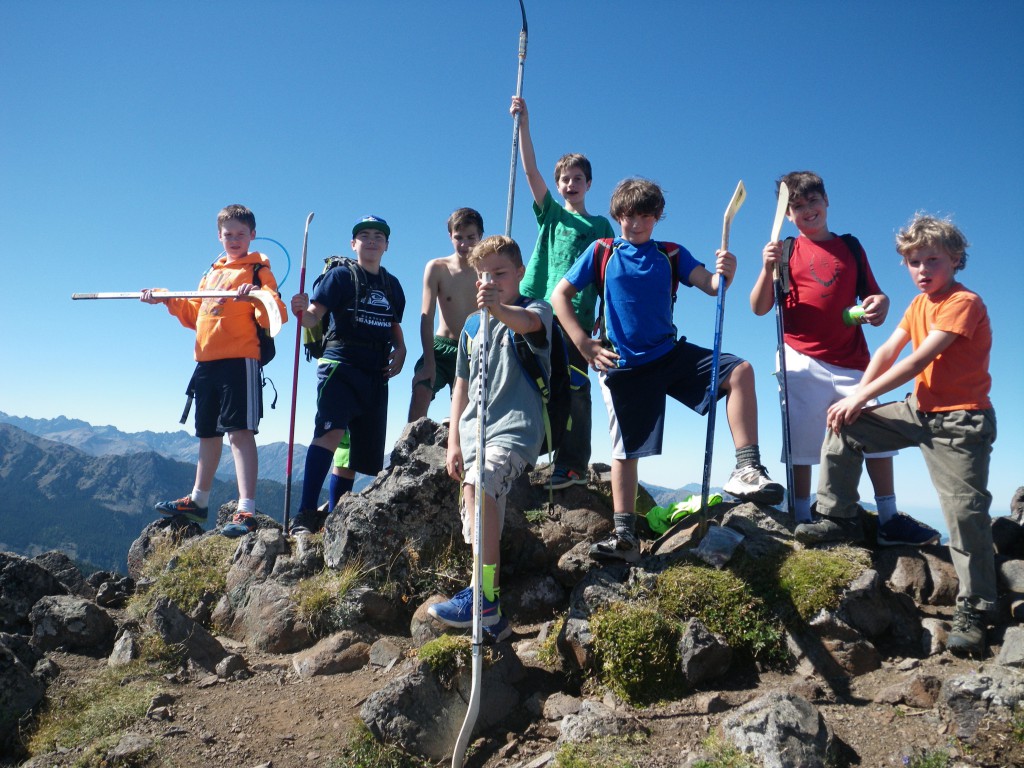 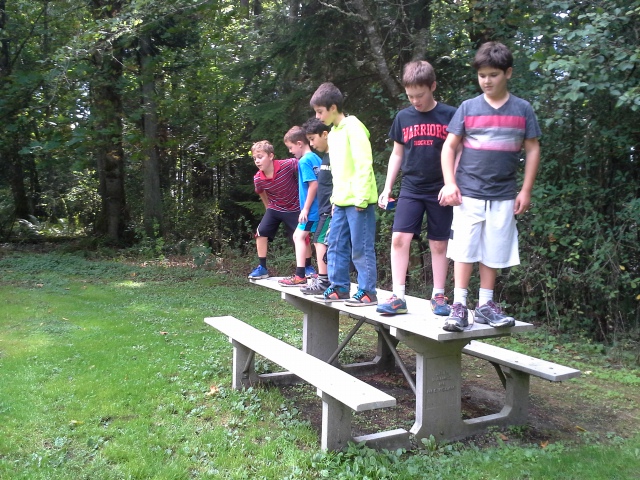 Out on a trail run yesterday with the Bainbridge 6 – more than 5 miles! They were a riot – doing parkour along the way, chasing me with a cricket and generally causing a huge ruckus with big smiles on all our faces. I love the time with them – they are so full of energy. 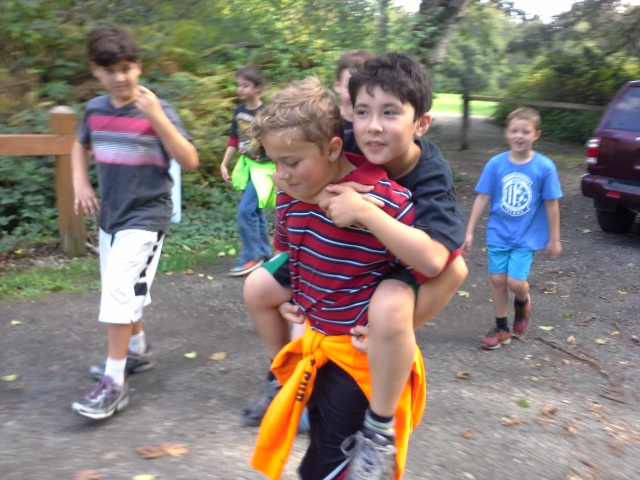 Some wounded Warriors catching a ride 🙂 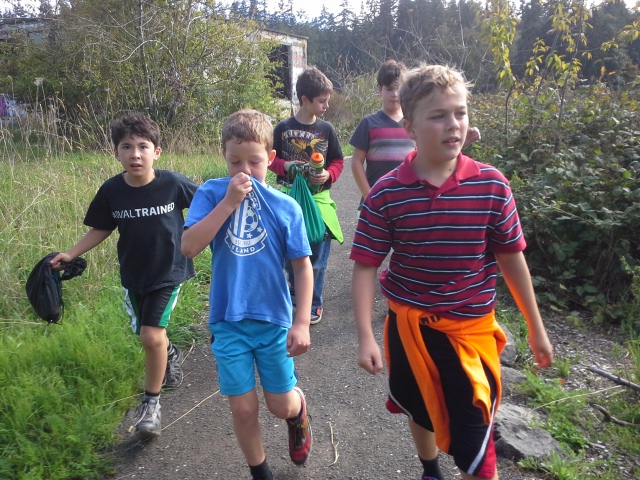 Marching back, cricket in hand! Remind me to tell you about the unfortunate demise of Blake Mill Johnson.