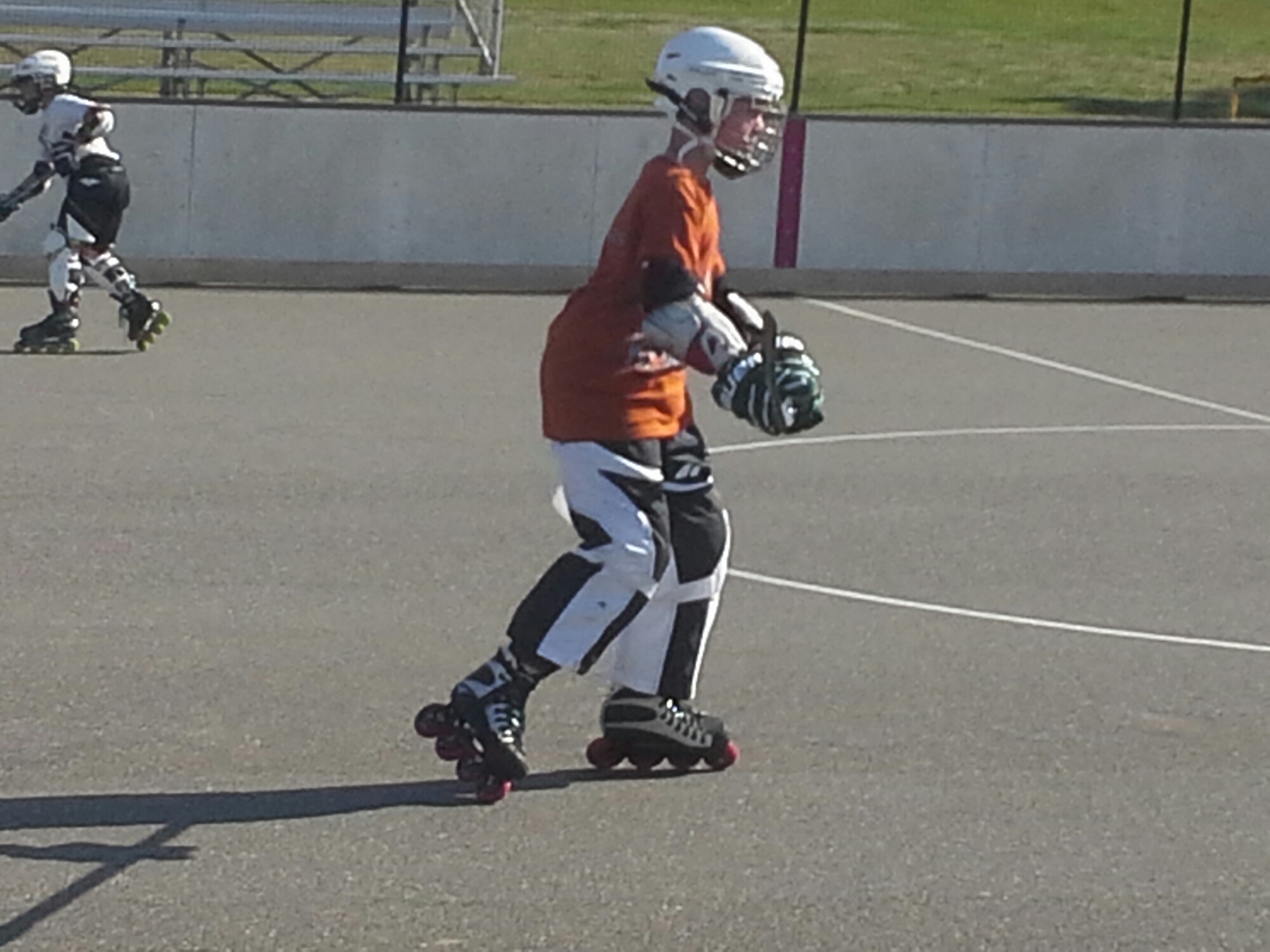 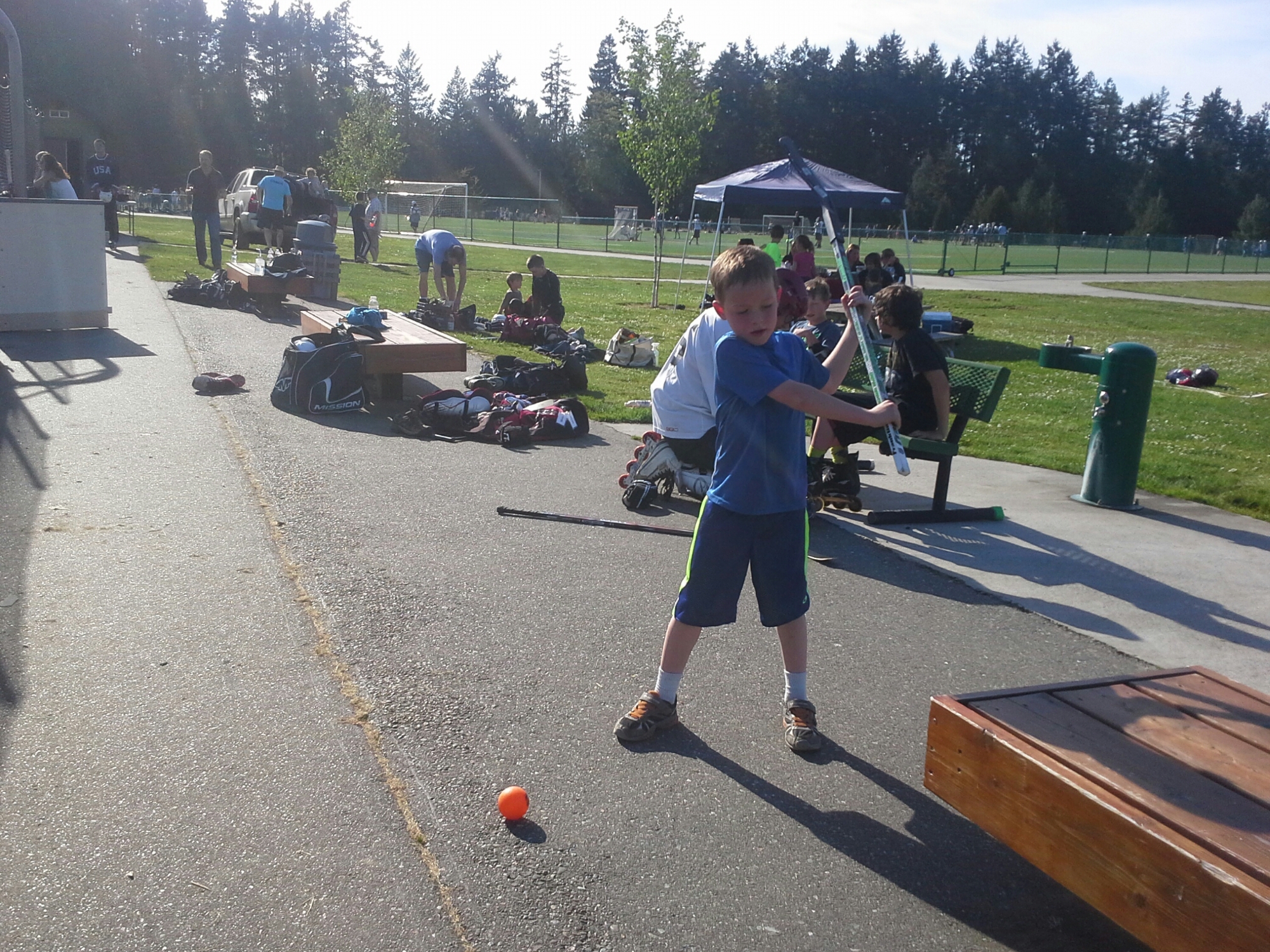 We had hockey tonight (new player drop-in to skate around and get some time building skills, meeting the coaches and other players). Then with 12 min to choke down a PB&J for dinner we went to guitar/ukulele. Instead of being exhausted, they were totally on it, leading the lesson and asking for more challenge! I say “serendipitous” because of all days they might choose to have a mania, this was probably a good one. I wish mine had arrived on the same day…I’m wiped! It was really hot out, too – 82 degrees at 5pm. Ben is practicing his slap shot and scoop shot while Sam skates. The team also brought a ton of snacks and popsicles, water and cookies. Amazing group! So as further evidence of the mania, Sam came out of the shower, threw on jammies, and grabbed a cube, saying “I want to get REALLY fast at this, like REALLY fast. Ok if I look up some L2L algorithms?” 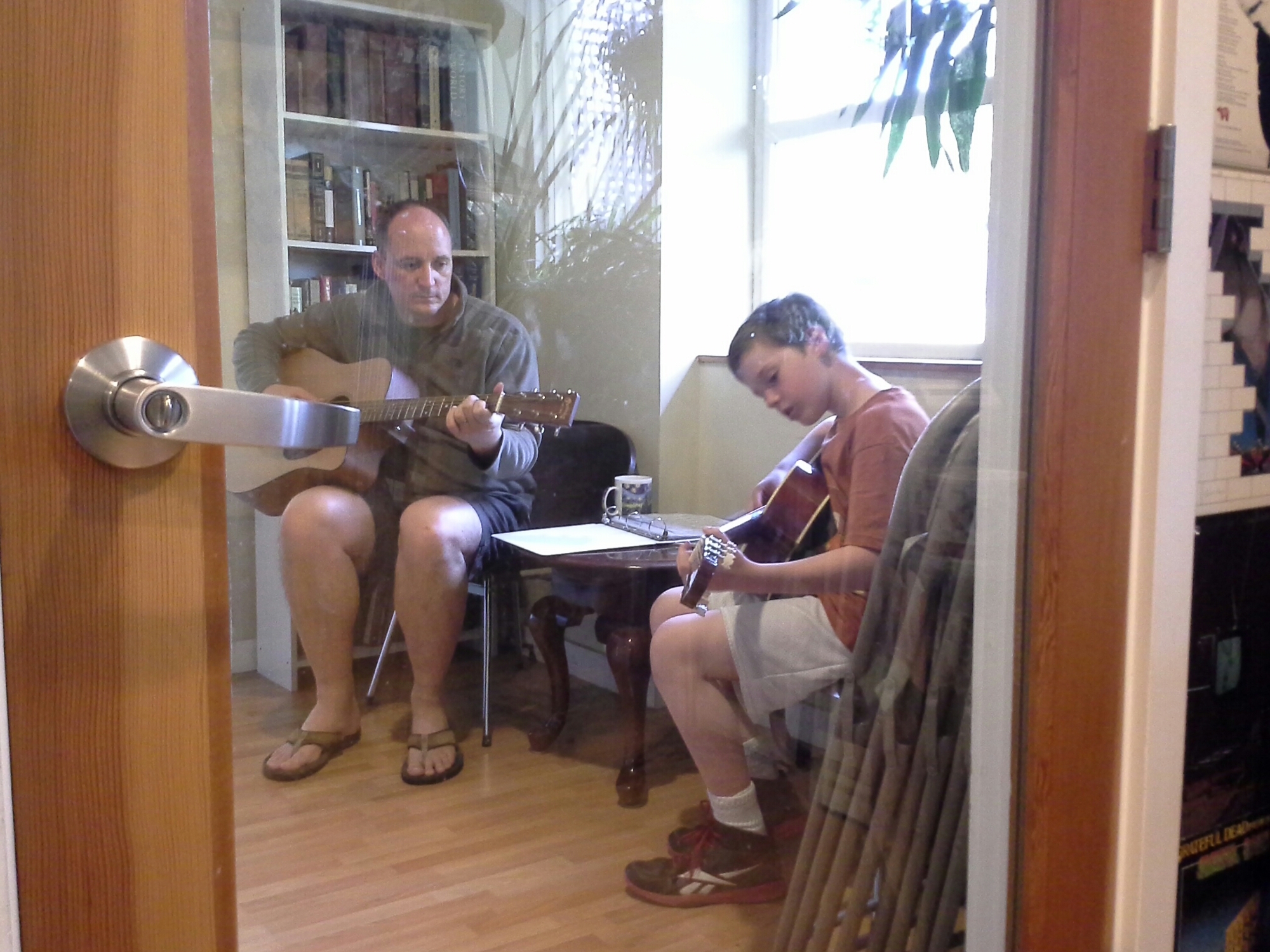