Today I took two boys for a 4.5 mile jog. We had a wonderful time – it’s awesome here in the Northwest in the summer. And how lucky am I to be a work-from-home mom who can jog with boys? They talk about the oddest things while jogging. Sam thought it would be funny to set up a chicken liver lemonade stand. Hmmm…sounds a bit like what is on offer for dinner around here.

Anyone for soy wasabi almonds and marshmallows for dinner?

It was time for a commissary run. After a two hour hockey practice. Which was after a 3 hour soccer camp (while Sam and I were out running). A tasty high-salt Taco Bell dinner followed by an hour in the air conditioning made sense. So we enjoyed ourselves immensely. Sam got chatty with the guys at the fish counter. Ben asked “Are there any flying fish here?” (I guess he was thinking of Pike Market?) Sam got a taste of smoked salmon belly strips and pronounced them DELICIOUS and so he got some. $386 later we were out the door and loading the car. Which was full of stinking hot hockey gear.

Have you ever smelled the elbow pads of a hockey player? Dave enjoyed helping us unpack!

Here are a few pictures of my lovies from today. I can’t figure out if camps are helpful or a pain in the arse. My head is spinning from the logistics of planning out the moving parts (along with my neighbors and friends – we are all helping each other with the logistics but we need a flight control expert to train us in managing all this!). Today I cancelled a camp. It’s TOO MUCH! I just want my kids with me!!! 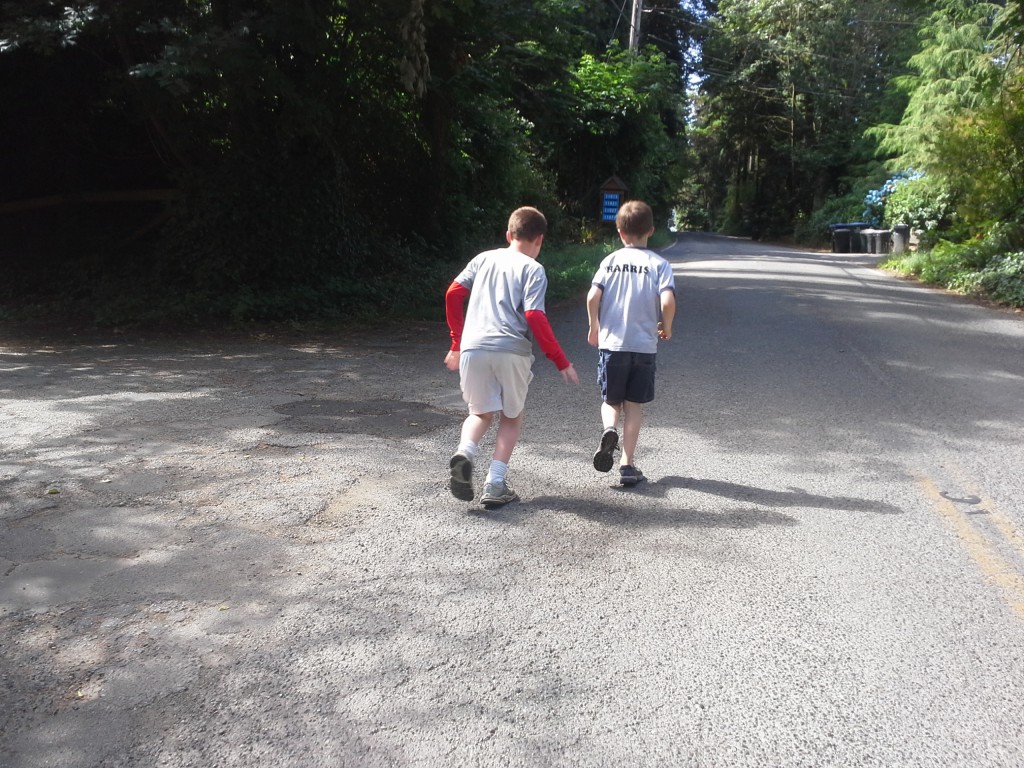 The guys out jogging. 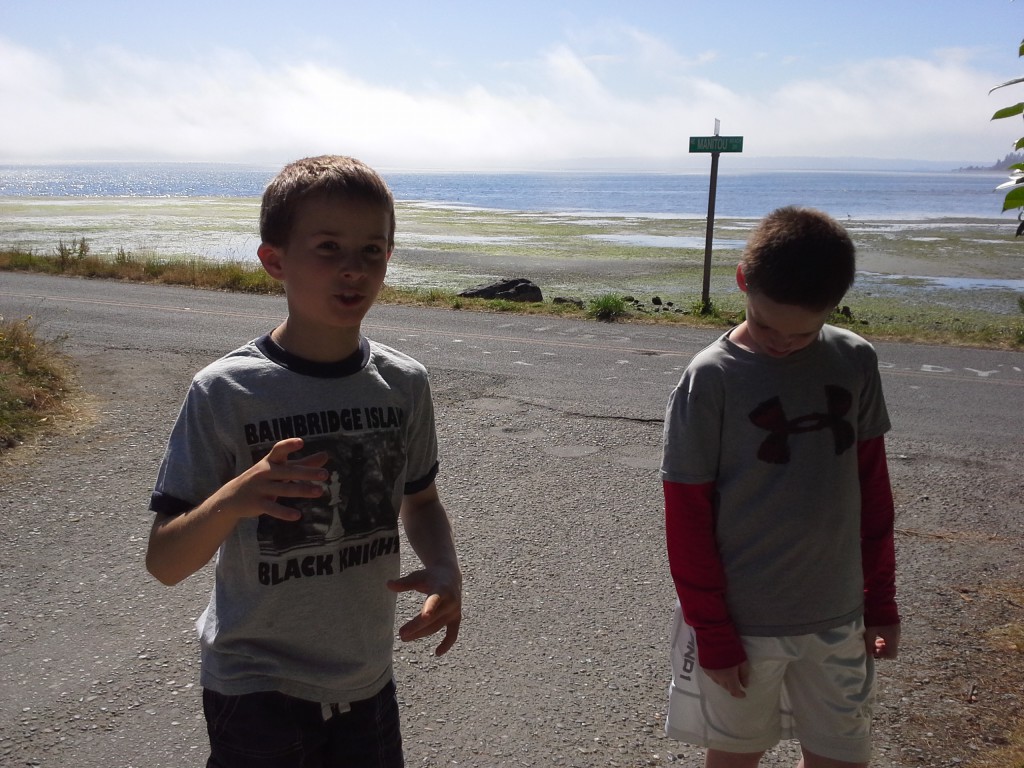 Telling an incredible story which lasted a whole 5K!!! 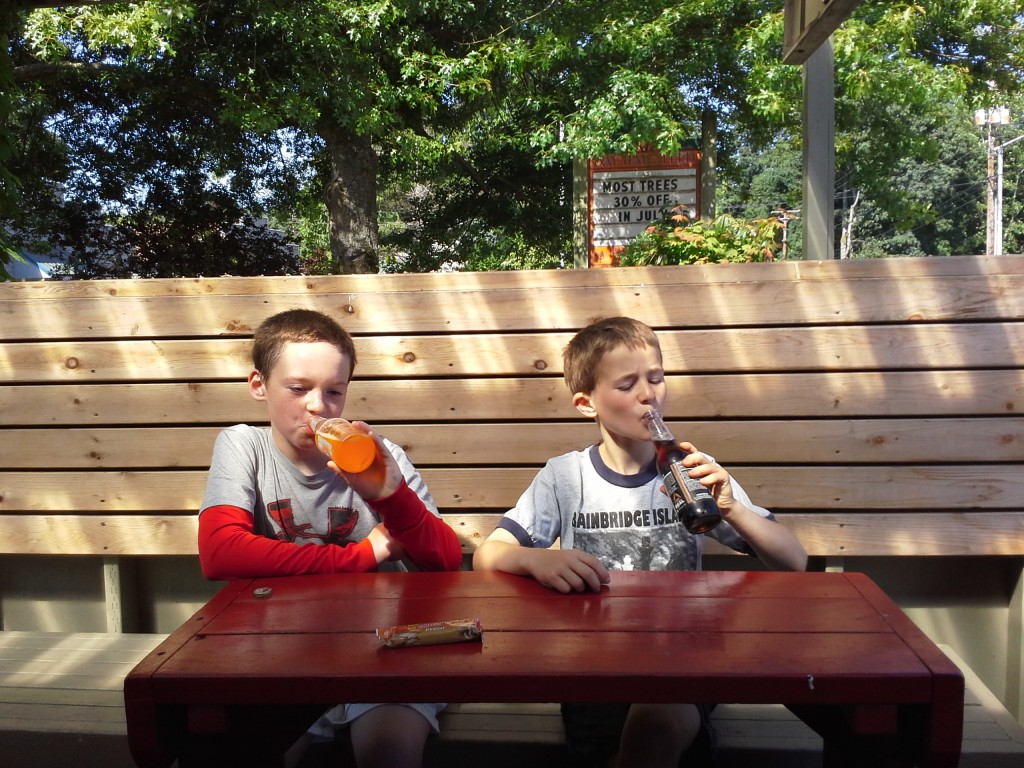 And the reward 🙂 We found that soda is healthier than ice cream. We’ll testify under oath, too, that it’s healthier. 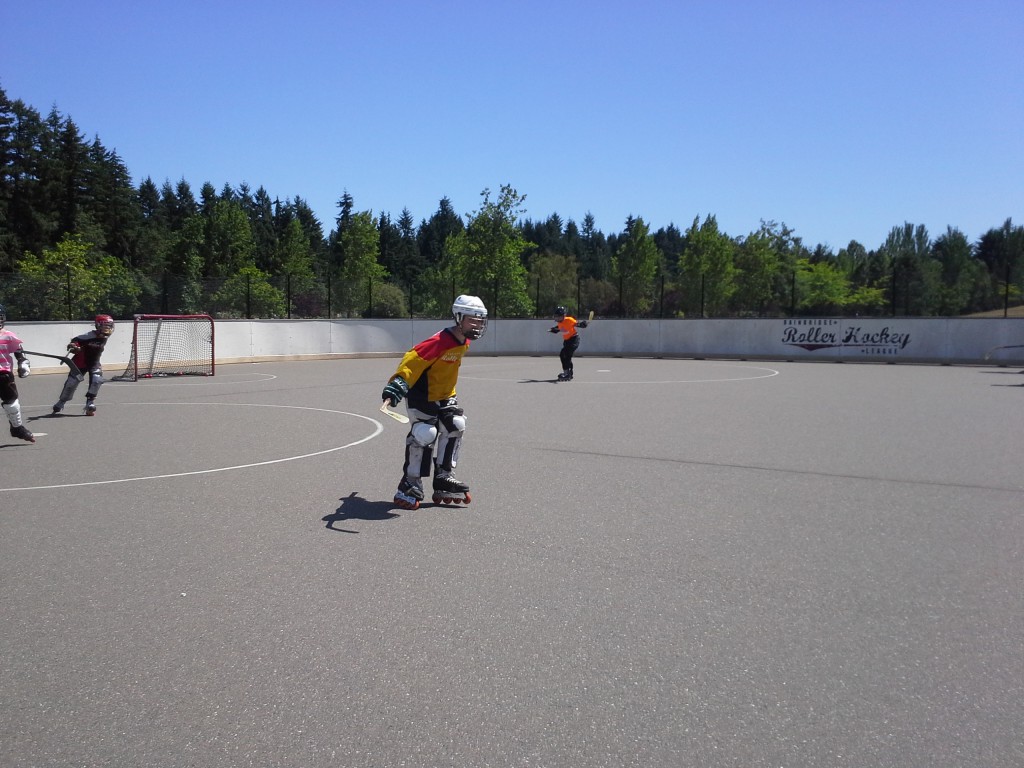 Sam at hockey in the blazing sun. What I would give for an ice rink anywhere near Bainbridge. Sam LOVES roller hockey, though, and has gotten so good at skating it’s unreal. The league is fantastic! Such nice people.