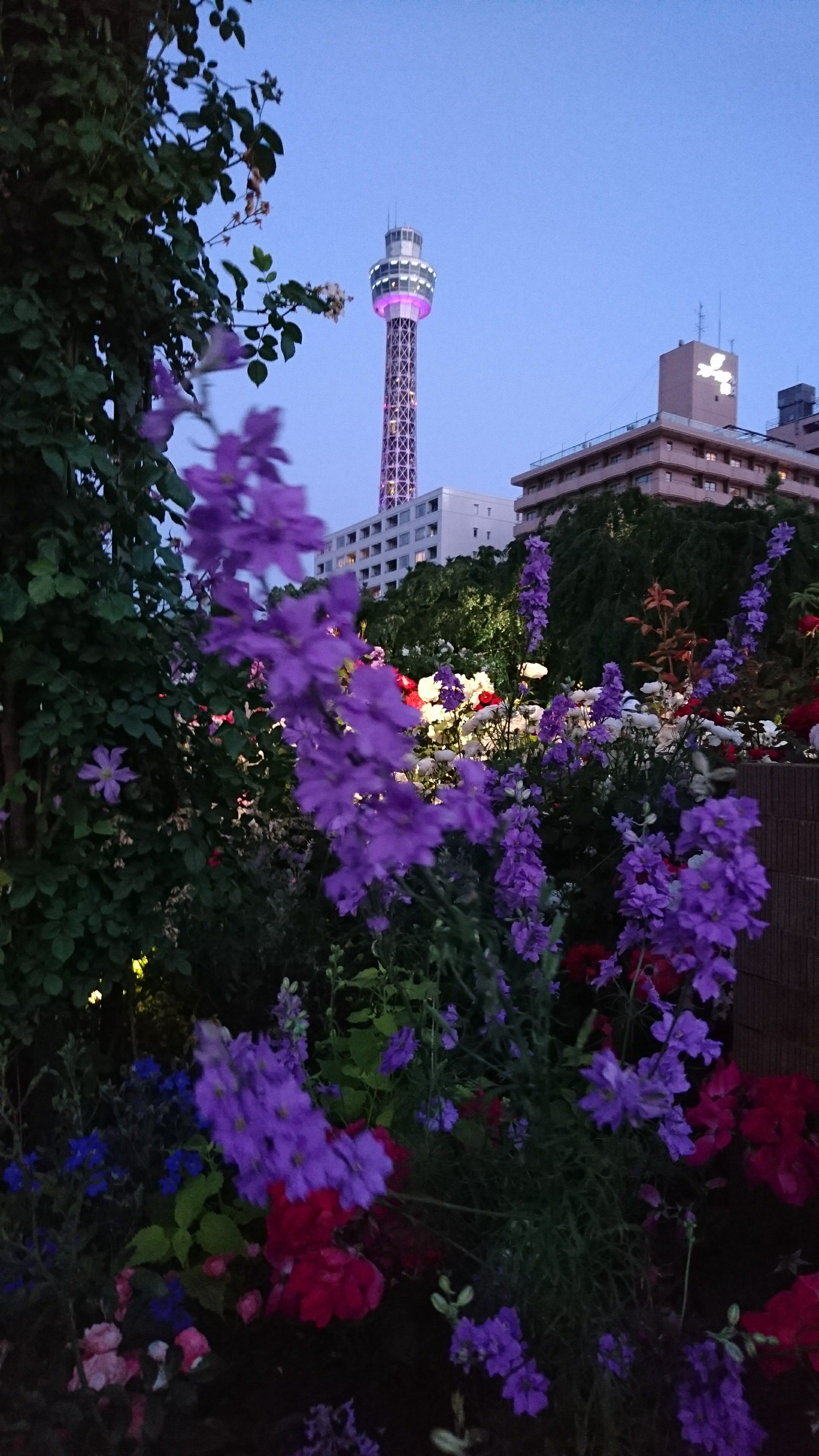 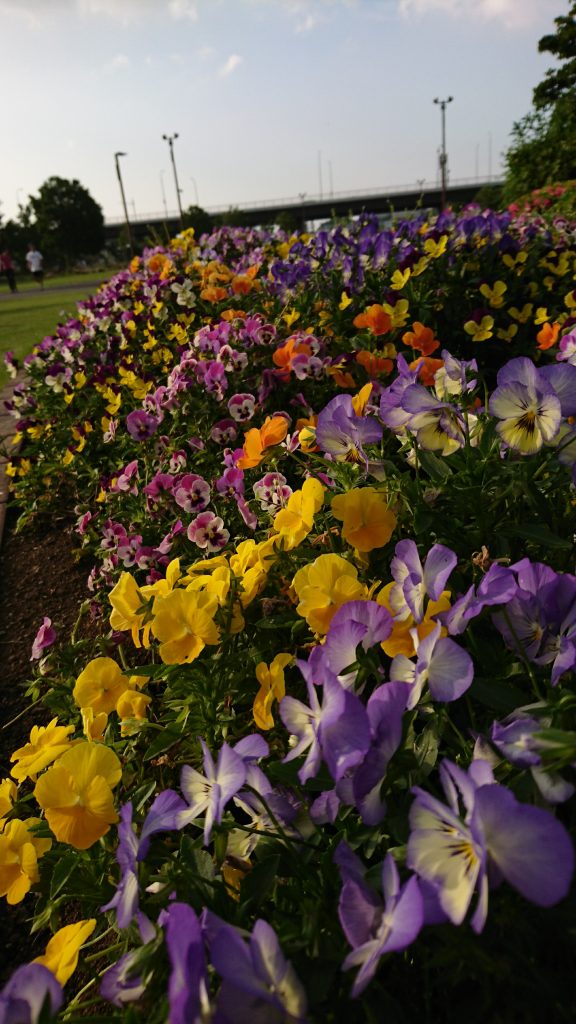 Nissan Stadium is surrounded by a very large park with tennis courts, soccer fields, skate parks and even a huge water park inside the stadium. Sam had dry land there today. Many flowers are in bloom, and Japanese cities celebrate them in the public spaces. We decided to check out the Yokohama Garden Necklace today. (click photo above for the entire album)

We arrived just in time for the illumination – sunset was beautiful there. There was a huge party and many temporary tables set up with music. People were eating with dogs underfoot and shaking martinis while snapping selfies. 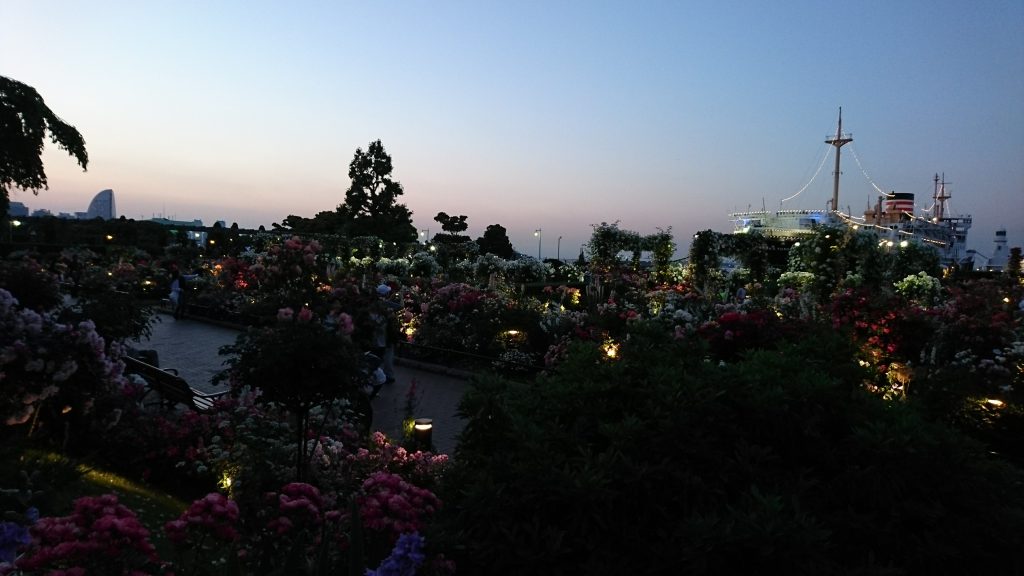 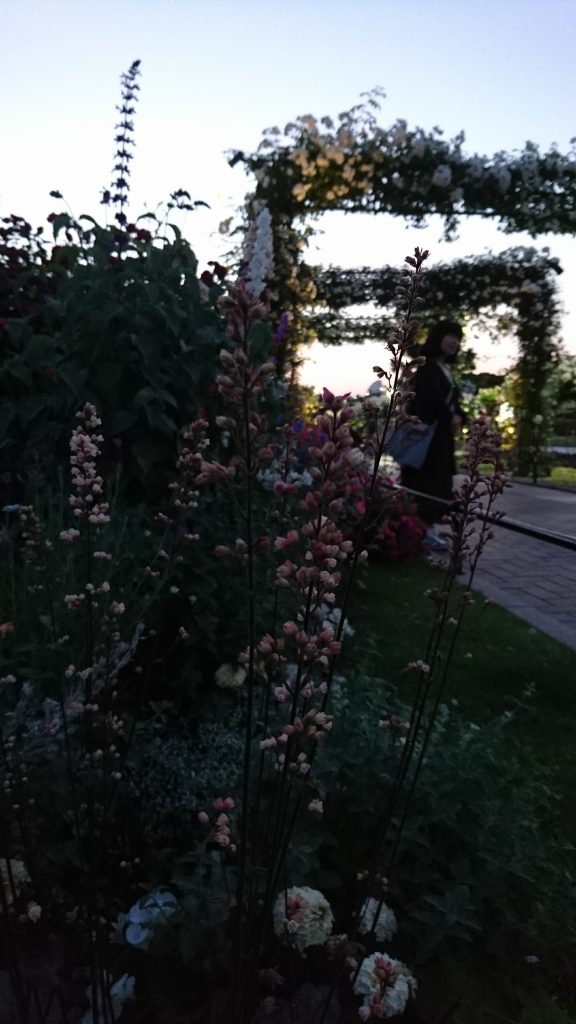 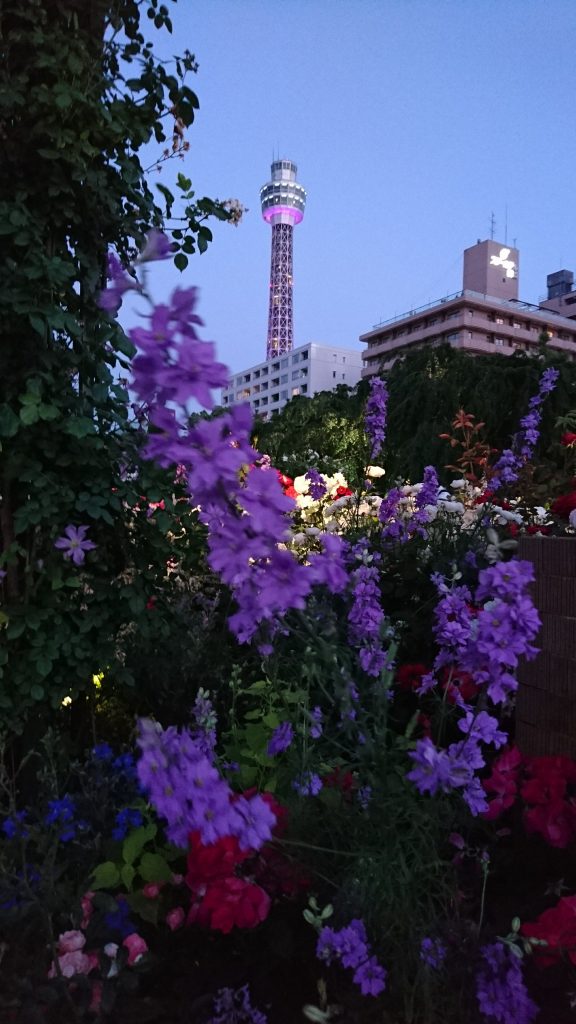 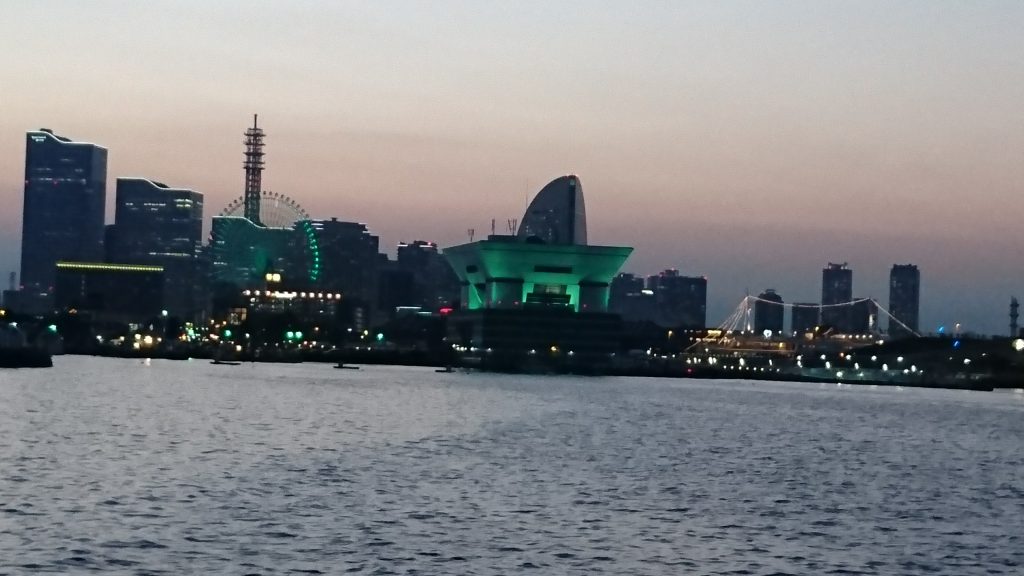 On Thursday I ran off base to check out a trail I’d been meaning to explore in Oppama. The run up to Oppama is about 6K so not too far. I planned to explore a trail to Higashi-zushi but got intrigued by another trail going south, back toward base. I thought it would be amazing to do a ridge run all the way back to Yokosuka. I ended up running into a dead end but it was pretty cool to run along a ridge line above at least two cities (Taura and Oppama), connecting two train stations with a trail run. Amazing. I’ll have to try the approach from the opposite direction sometime. I was covered in webs, though. Spring spider season.

Oddly, some beautiful clouds settling over a little island offshore inspired me to take this run off base to enjoy the cooler weather. I was explaining this connection to the clouds later and got some odd looks. Apparently, “cloud” and “spider” are both “kumo.” Different kanji, but the word is the same. Crazy how these words end up weaving a web around me. Good way to remember vocabulary, though. I won’t soon forget KUMO! 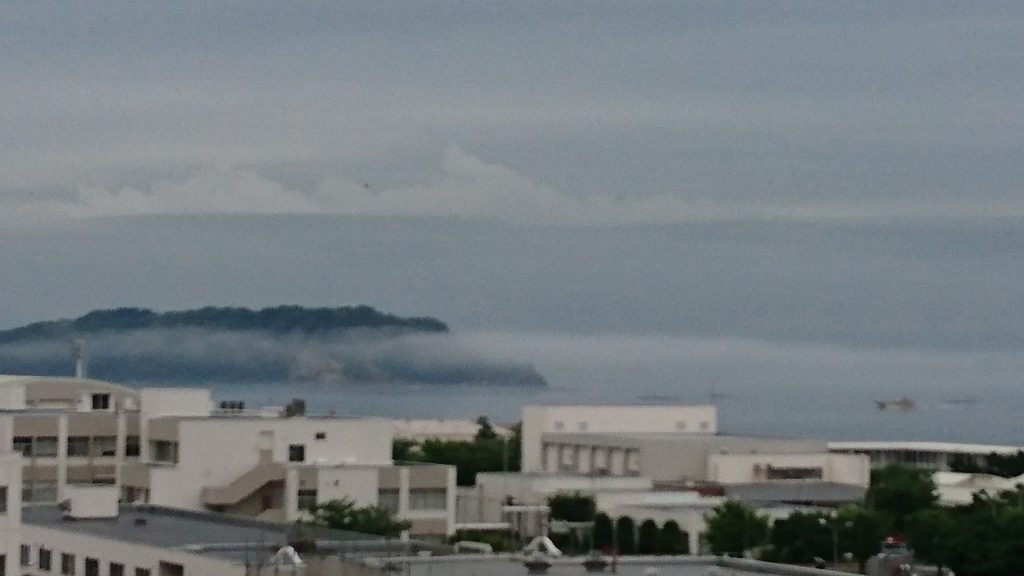 These are the clouds I saw on our walk to school. (Kumo!) 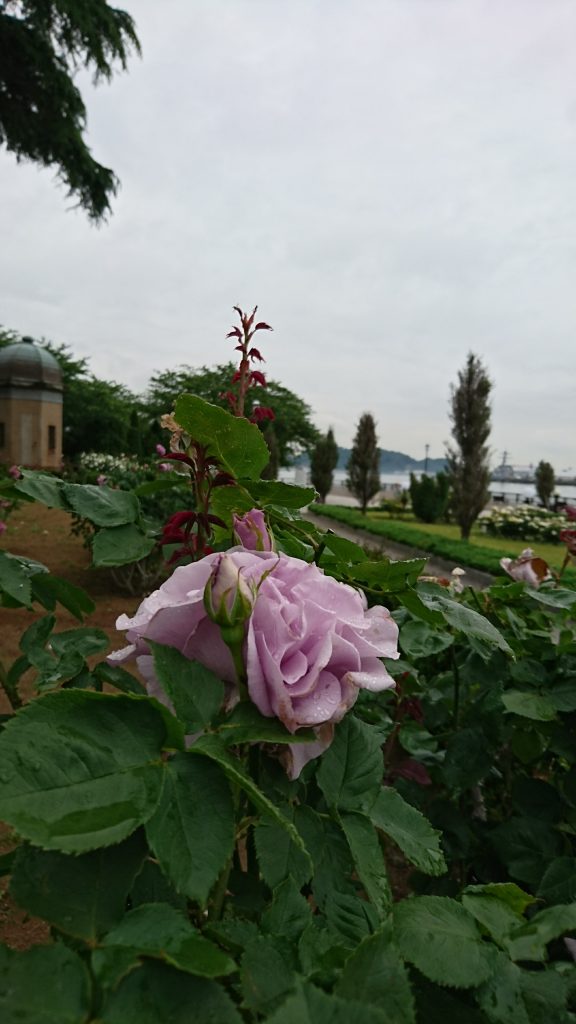 My first stop was Verny Park to see the roses in bloom. This is just outside the main gate. I loved this lavender rose. 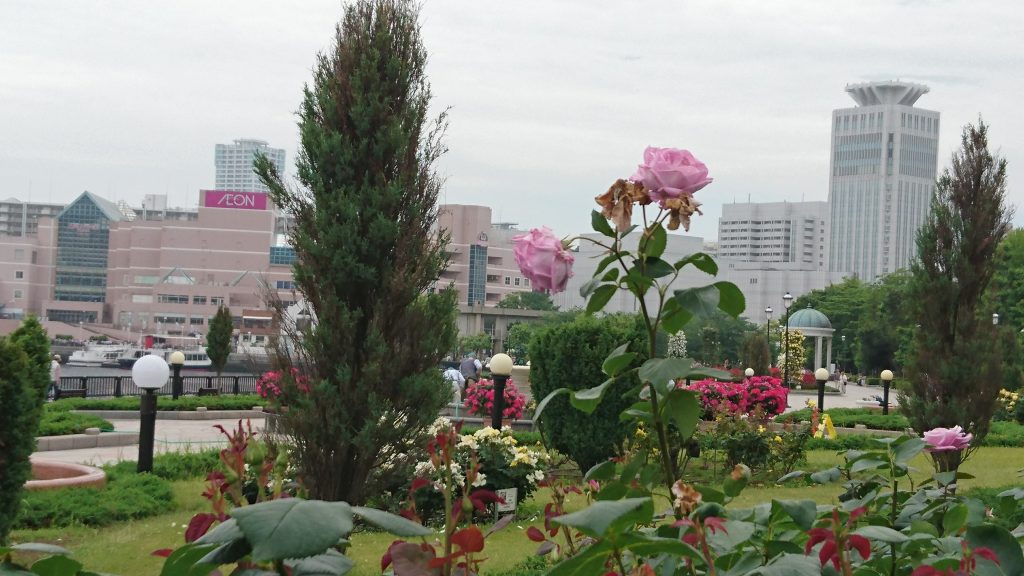 The entire park is blooming. The big pink building (Aeon) to the left is one entrance to the base. There is a market in the first floor, and restaurants and movie theater on the top floor.