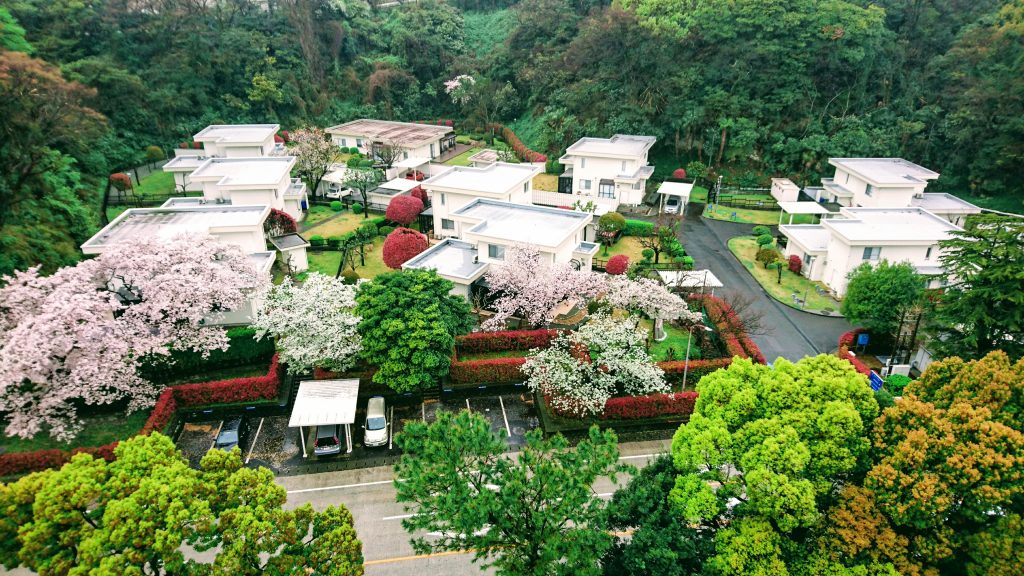 A tour of cherry blossoms on base. This is our neighborhood. Click on the photo for a brief tour of blossoms on base this weekend. They’re very beautiful, I think even more so in the rain because the petals aren’t competing with the sky for attention. The grey weather allows the graceful trees and contrast of deep bark and blush pink petals to stand out against the greens and reds of new growth. We are so fortunate to live here.

Spring break is over, and the time off has allowed us to revisit priorities and push through the finish line on this year’s commitments. I’m looking forward to continuing to help build a volunteer program at the elementary school (called JOSHU, Japanese for teacher assistant) and working with other parents on programs at the middle school. I’m also very much looking forward to visiting my horse friends again! One of the irons in my fire (or do I have several fires going all at once?) is to help start a pony camp so base kids can get out into the nearby inaka and play with cute ponies this summer. I actually do have many fires going, and had to start – for the first time in my life – a note card at my desk with all of them listed so I can keep my head on straight. Some of the hot irons include working with groups on base to start a summer wood shop and strategy gaming club for Sam, a club or elective course in computer science hopefully with a tenant command for middle schoolers, and a roller hockey league for all ages, in addition to the pony camp, JOSHU program, PTO and School Advisory Council activities. As we filled our plates at brunch, I mentioned I would like to take Japanese classes to augment my very gypsy-style approach to learning (i.e., talking to friends and strangers). Dave picked up his plate and said…ummm…as we put more on the plate, something needs to come off. Ok… 🙂 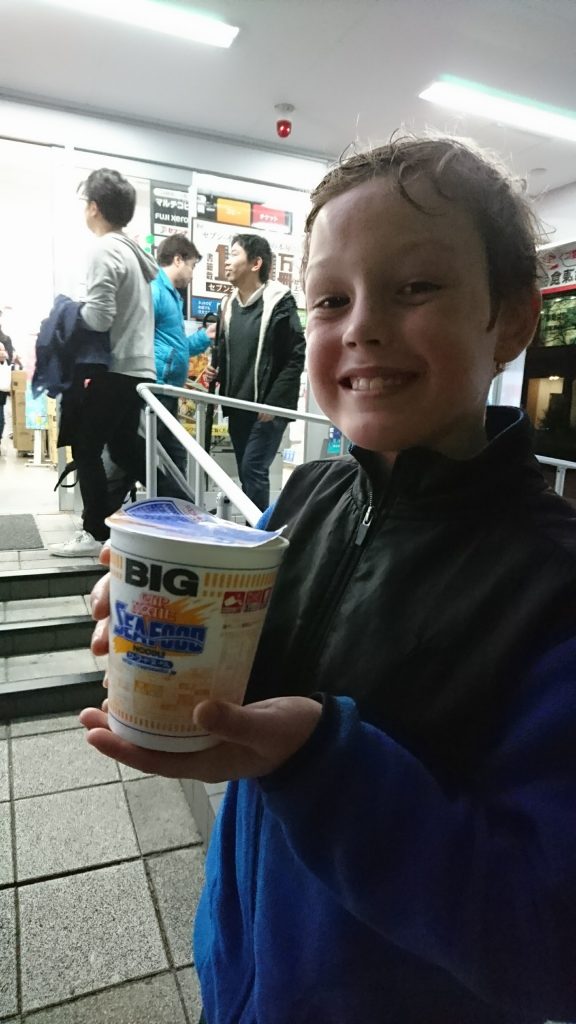 Last night between Ben and Sam’s practices there was a brief meeting with parents to introduce some new families just joining the team. I managed to understand much of the introductions, and even introduced myself and the two boys in Japanese without stuttering too much. Relieved and proud of myself, I moved on toward the vending machine for some tea to warm me up for the next hour or so. (On weekends, hockey practice or scrimmages for boys in different age brackets requires about 6-8 hours each day, from leaving at 2:30pm to arriving home 9pm or later.) Suddenly, I heard a huge commotion, saw motioning hands and children hollering excitedly. I should have known it would involve Ben somehow. In the ensuing seconds of trying to decipher excited Japanese, I realized one common thread “CUP NOODLE!! CUP NOODLE!” Ben had managed to dump a full, just cooked, cup noodles in the stands. Oy. While waiting for the 3 minutes for the noodles to steep, he was doing some squats with another guy and had a little accident with his foot. I used his hockey socks to help mop up the seafood broth and two other dads (coaches) grabbed tissues to help us. It took a team of three to clean up the disaster. After I got done huffing a bit while figuring out how in the world this had happened – he’s very careful and very reliable with these Cup Noodle things he loves – we went and got another one. This time the BIG size. I sat by him the whole time as he ate this time, monitoring. Then I went to sit with some Japanese parents on Sam’s team and related the story in very bad broken Japanese with sign language to clarify. They taught me a few new words.

Disasters are far more fun when you pick up new vocabulary. 😉 That said, Dave finds it interesting that his developing Japanese vocabulary has much to do with foods and culture…and mine? Well…I think it just reflects living with boys and adventuring. Of course there will be accidents and uproars. Right?