The boys both had hockey tournaments this weekend in two locations about 3 hours apart, which is either opportunity, or challenge, or both! I was so tired after getting home at midnight that this morning I cleaned out the car, built a fire and made pancakes. Then just relaxed by my fire, and ate the fluffy, buttery pancakes as they came off my pan…not even landing them on a plate, until the seahawks started flying over, eyeing them. I yelled at them “These are NOT for YOU!” then realized my neighbors might be wondering about my yelling and flapping arms. They gave up but the large killer hornets arrived soon after. I was NOT giving up these pancakes. I waved them off and they seemed to not really relish the smoke of my fire. Of course these threats meant I should eat more pancakes… One thing led to another, the fire got stoked, the batter got replenished, and finally Sam came out and said “What are you DOING?! Are you INSANE?” He rescued me. I split wood, raked leaves, and enjoyed being STILL for a while…well, not still, but at least not on wheels driving at night!

I don’t cook like this inside on a stove. The boys will attest that these pancakes were uncommonly good.

I hope you enjoy the photos and stories in the album I created…click on any of the pictures to get there.

We are blessed by two very mature and fun boys. Their ability to adapt and absorb as much out of an experience as possible, even when it’s challenging, is greatly admired. Sam in particular this trip…he has fortitude, endurance, patience. Even though he doesn’t get as much playing time as he might like because it’s an older team with very skilled players, he understands this dynamic, the intensity of the players, the desire to win the tournament. He chooses to join in with them and go to the tournaments nevertheless. Bear in mind that the investment of time is often without the benefit of fully understanding what the coaches are saying during lengthy chalk talks and video game reviews. We have wonderful friends on this Japanese team, both expat (Canadian and Chinese) as well as Japanese, of course. Sometimes we question our commitments to these exhausting ventures, but in the end we are always reminded by weekends like this that growth opportunities rarely arise while relaxing in your backyard. Unless, however, your belly is swelling on the most succulent of pancakes! 😉 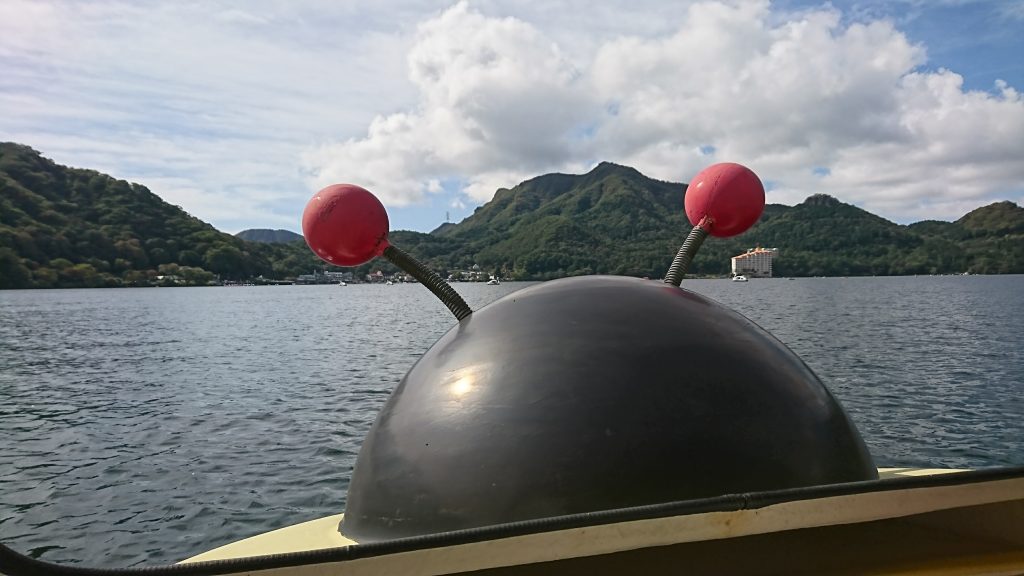 A fun diversion from driving ALL over Japan, at night, for two hockey tournaments…much more relaxing to paddle a beetle boat with Ben behind the steering wheel! Well…marginally more relaxing. Not stressful, I’ll say that. But he wanted to go FAST. So that means, pedal!!! 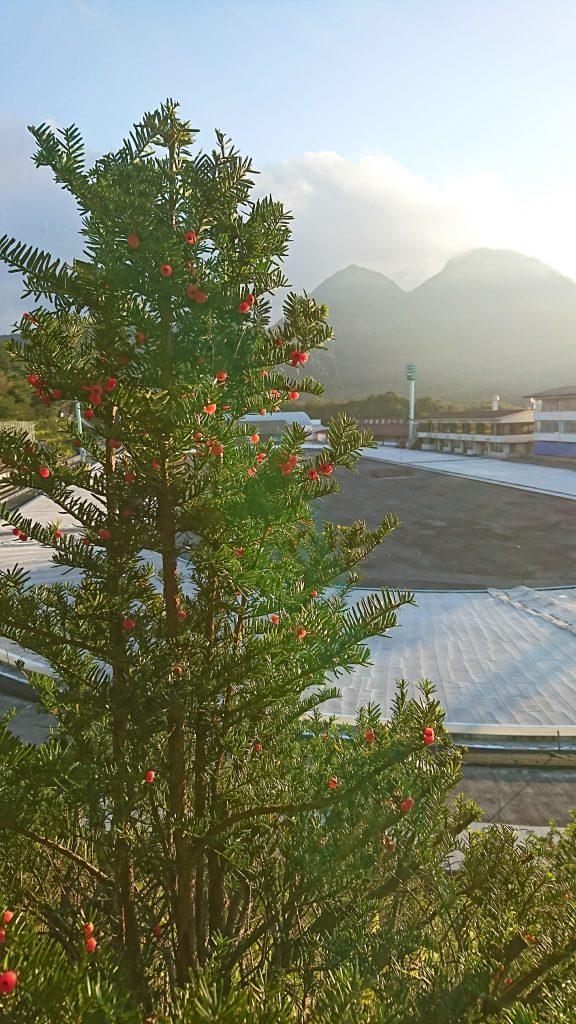 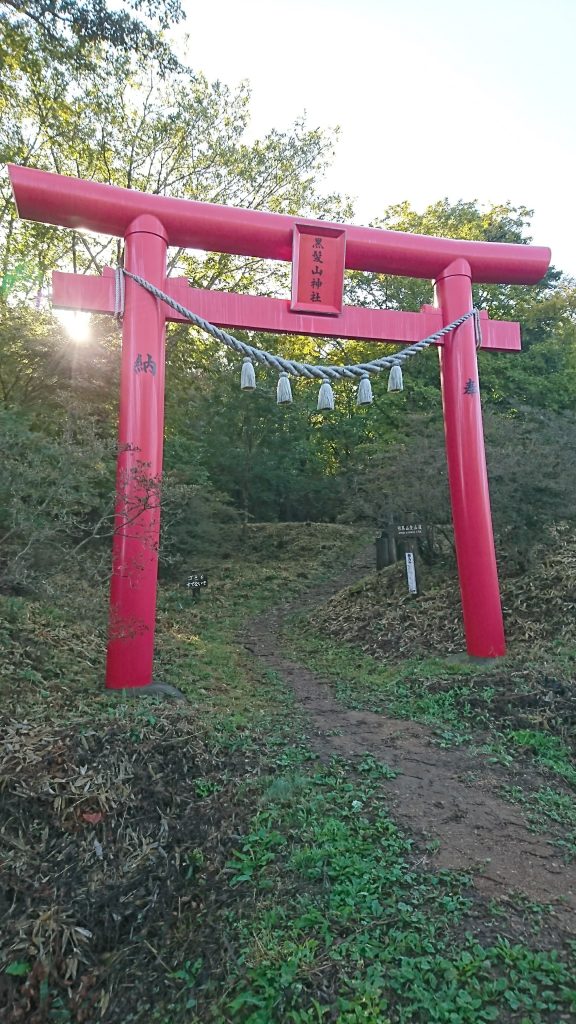 If you saw this from the road, would YOU be able to drive on by? 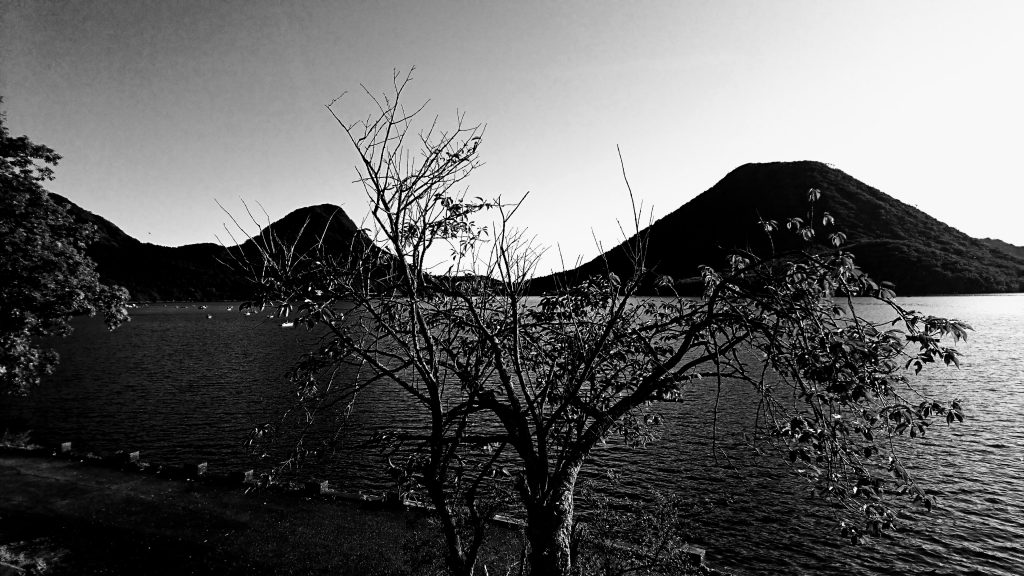 Lake Haruna is a caldera, and I’ve had the good excuse to travel up there in two seasons now for hockey (winter and fall). I hope you enjoy the pictures and stories in the album. It was an exhausting 36 hours, but well worth it.