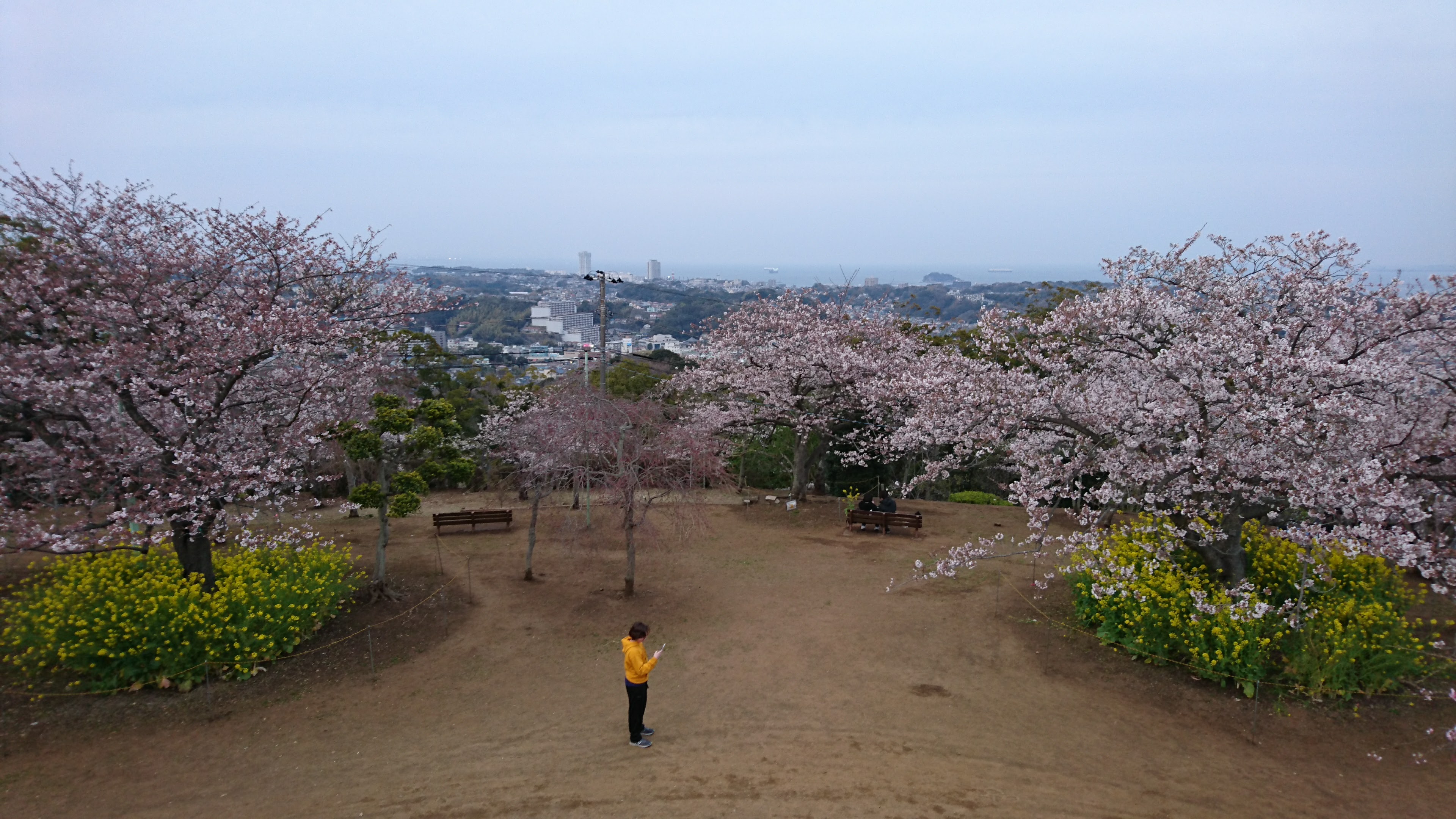 It has been a long time since I have shared any notes about life in Japan. I am sorry. It’s been a bit of a blur, frankly! The past three months have been very full. I enjoyed opportunities to travel for ice hockey tournaments with Ben – to Nagano and Gunma prefectures. (Dave stayed home with Sam for his practices and also some work commitments.) We also visited Nozawa Onsen in February as a family for a winter getaway. We were immediately impressed by the incredible powder skiing and quaint, mountain village, hot springs, onsen-cooked eggs, ramen, soba and playing in the snow. The kids have wonderful memories of our visit there and we plan to go back next year, and hope that some dear friends from Bainbridge and Japan will join us.

(These pictures are linked to albums in Google Photos.) 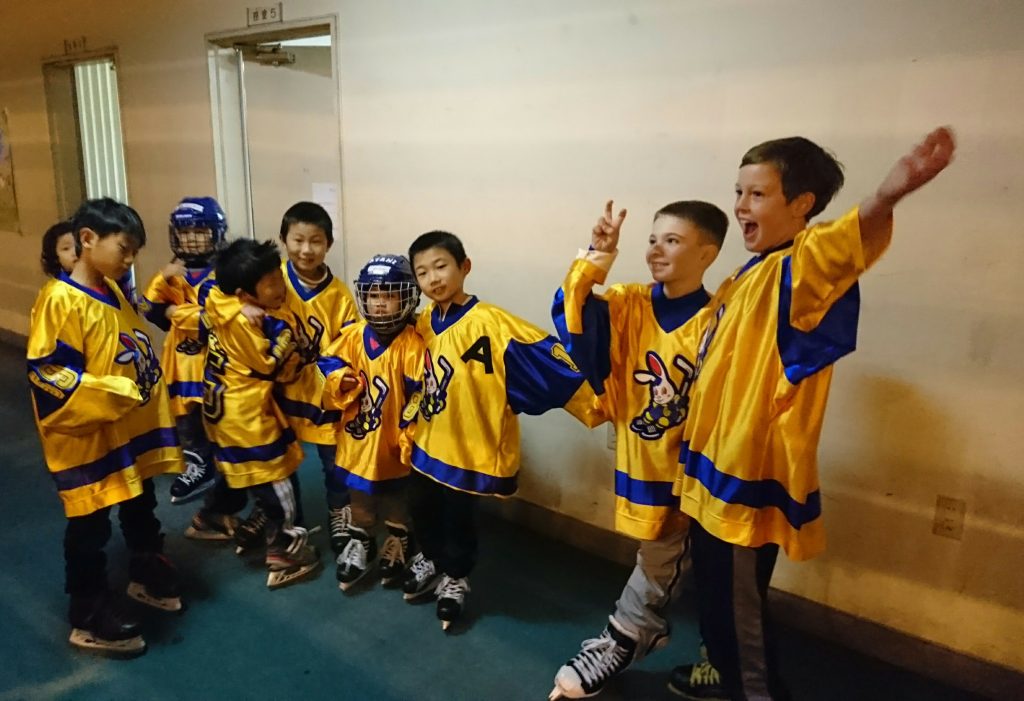 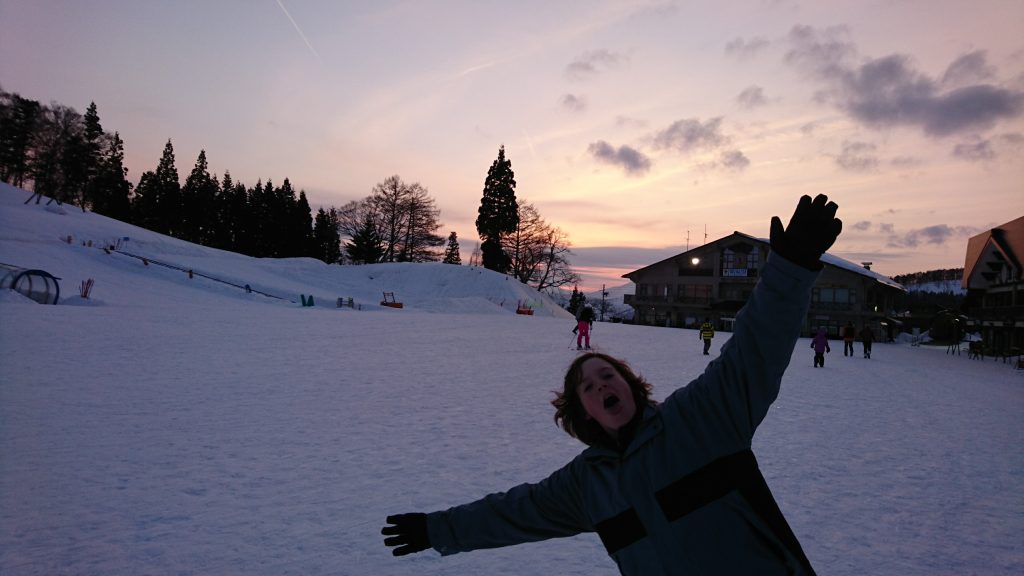 Nozawa Onsen – amazing powder, quaint village, incredible food and so much fun with the family. 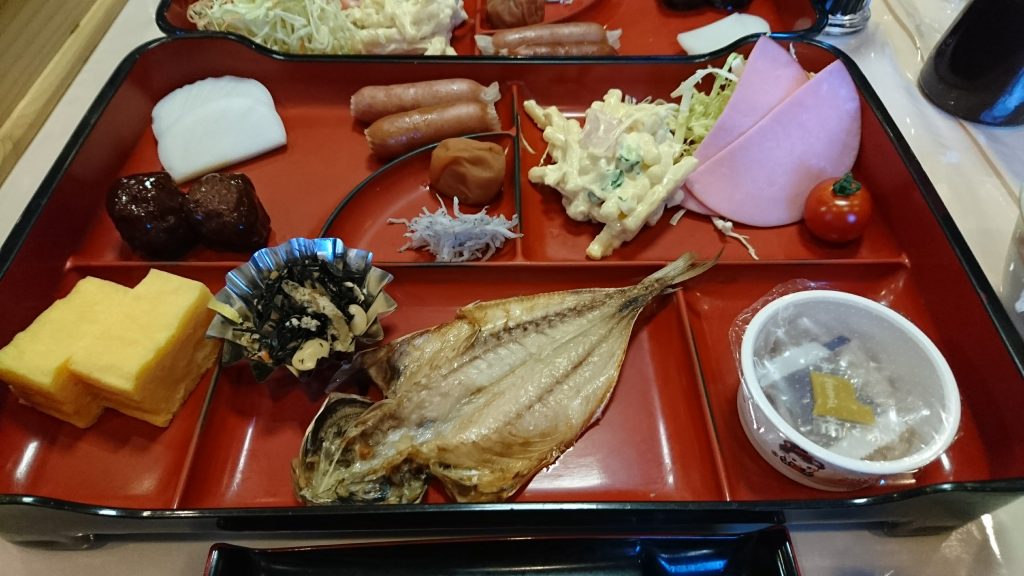 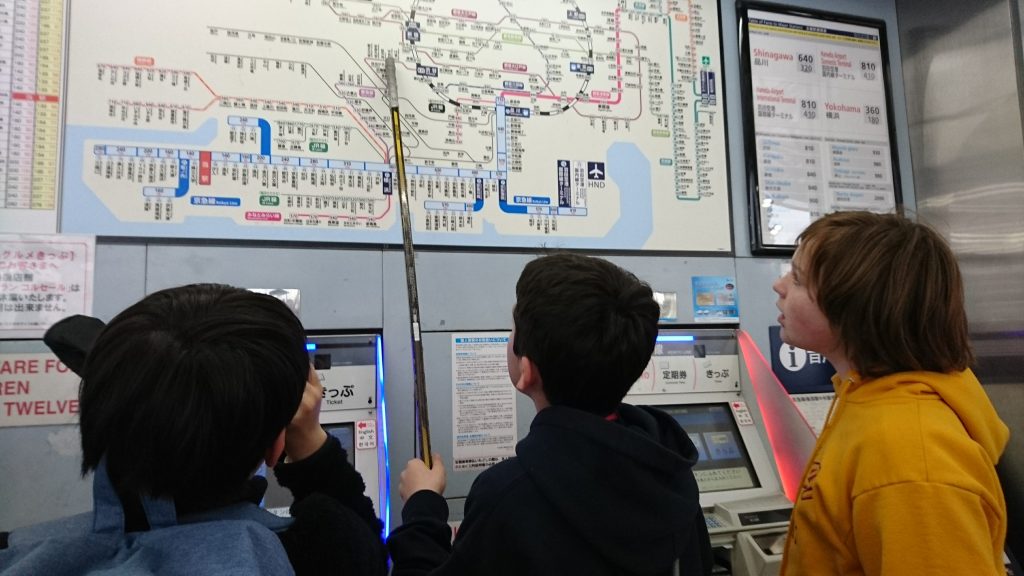 Sam had hockey friends over for the night on his birthday in January. It was a great time – one of the guys has nearly exactly the same birthday date and time (separated by a day, but actually nearly the same time due to time zone difference!). Video games, street hockey, bowling, Taco Bell…

As March unfolded, I grew ever busier juggling transitions on all fronts – it is the end of one school year here in Japan, and leveling up for all the kids to the next grade. Thus, ice hockey teams change, goodbyes are said as folks leave for new jobs (one coach is now in New Jersey!), team managers migrate, and new schedules demand regrouping, translating, deciphering, and lots of white board notes! Our kendo family also had to switch dojos for a bit to allow for graduation ceremonies in the regular elementary school gym, so that entailed many text messages, map comparisons, and parking logistics. As a family, we have been very busy pushing through the third quarter of the school year, too. Sam missed three days of school due to a stomach illness. Catching up was…well…let’s just say the white board was busy. 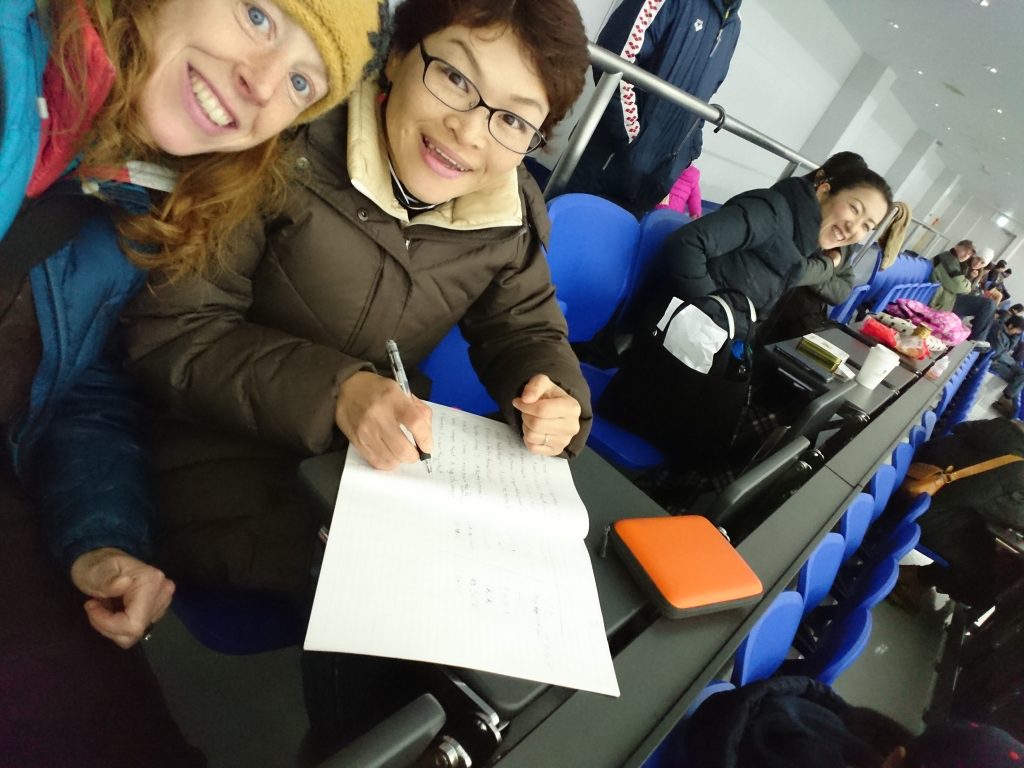 My good friend Matsuko, who is studying English as hard as I am studying Japanese. We have fun learning together. It is ALWAYS interesting. The last practice we dissected the kanji for each of the coaches’ names. Many of the kanji involve mountains, rice, and size comparisons…

It has been a logistically challenging time for me, the public relations and operations manager. An inordinate amount of time goes into simply showing up at the right place at the right time! It’s cause to celebrate just arriving. I try not to think about just how much time goes into that, or I would feel very worn out. When I did finally acknowledge that a full Saturday morning was invested in pinning down the ice hockey schedule for one month (only four weekends of practices and games!), I laughed and decided that when I get back, if anyone allows me to manage a team…I will enjoy sharing riddles instead of straight-up directions for the next game. Google translate is vexingly hilarious. Instead of saying “next game is at Sno-King” the translation provided by Google is more like “please assemble at the general runway before the emperor with the white cloaks”. 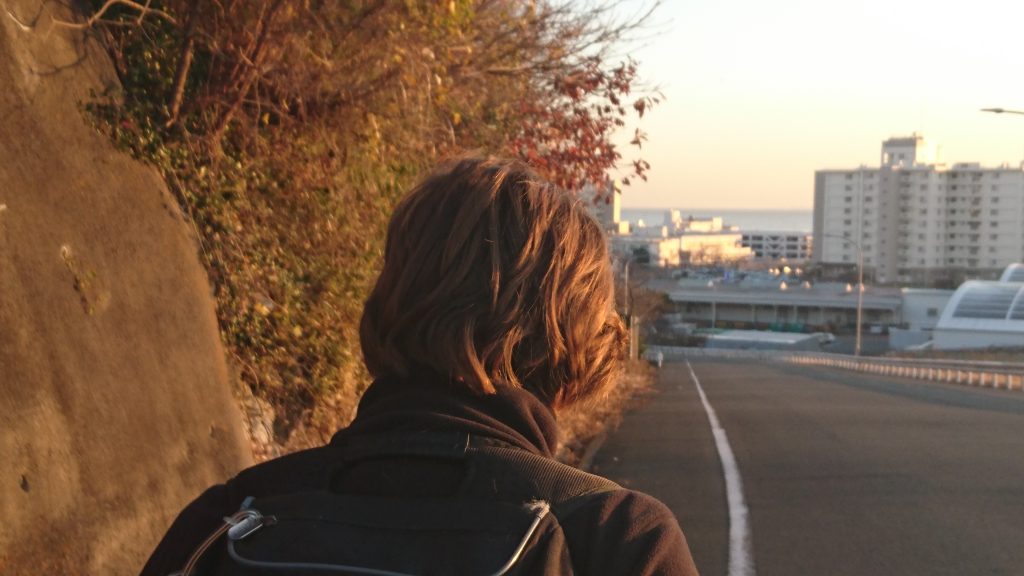 Every morning I enjoy walking to school with a whole pack of kids. I love how Sam’s hair catches the morning sun. The younger ones call themselves “Sam’s troops” and enjoy racing him in sprints. Somehow he beats them despite a very heavy pack. Sam is now as tall as me!

This spring break was going to be about making a break for it, going on long drives as a family, exploring more of our surrounds, more to the south and east where it might be really prohibitively hot this summer to enjoy traveling around. I wanted to visit Kyoto to see the cherry blossoms, too. Dave said Kyoto was super hot when he visited last time he was here (last summer) so spring seemed like a good time for that trip, on a high-speed shinkansen. I thought the boys would love that. But as the time drew closer, and friends were making plans for trips to nearby Thailand or Korea, it looked less and less sure that we’d be able to break free even for an overnight due to Dave’s work schedule. The USS Reagan is in port, and it’s busy getting the ship ready for its next underway. 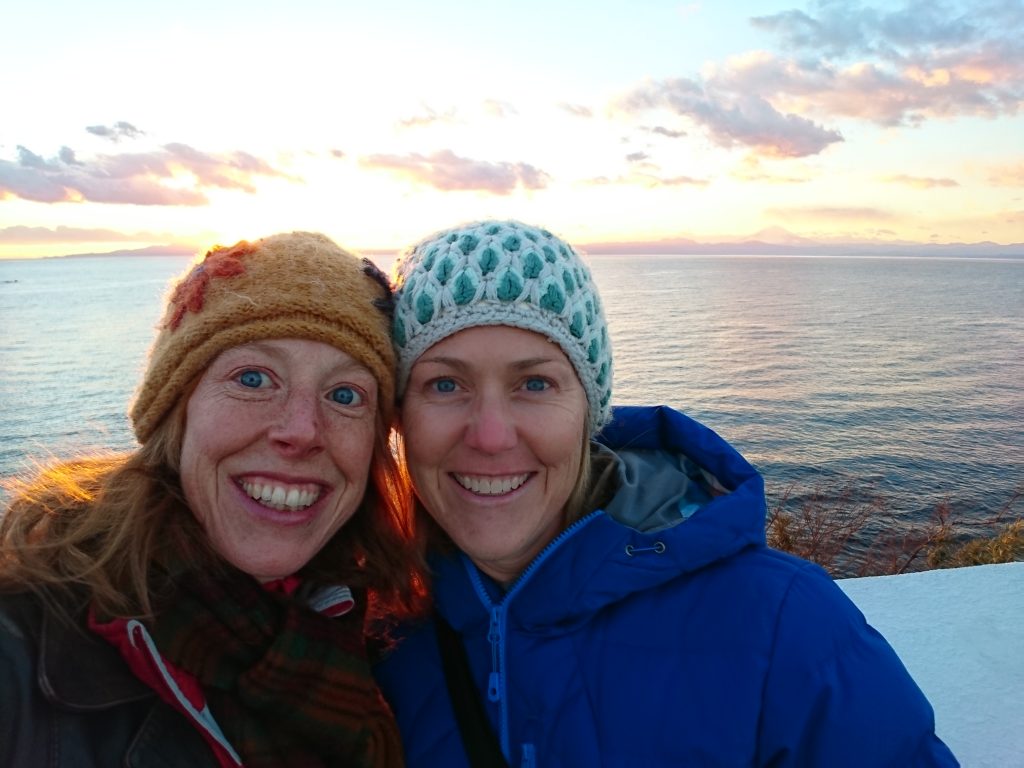 Neighbor and dear friend, Laura, at Aburatsubo Marine Park. This was an impromptu outing which turned into a gorgeous sunset and a great time with 8+ neighbor kids. Sushi afterwards!

While I was running yesterday (Wednesday April 5) on base, on a beautiful sunny day (13 Celsius is perfect weather – I’m getting accustomed to thinking in Celsius) I enjoyed noting how far along the cherry blossoms are to mankai (full bloom). There is some variation, but I would say not quite there overall. I thought about spring break, and if the boys might be disappointed. There’s much to love right here, though. For instance, pulling 40lbs of weeds for me so that we can enjoy a hanami matsuri (cherry blossom festival) right in our own garden. (Sam is not a huge fan of weeding. He had some choice quotes which really got me laughing.) They have been enjoying peanut butter and banana smoothie rewards for work done (the same ones I made often in Hawaii). We’ve also been eating through the fridge and pantry so the shelves are bare enough to clean (well, that’s the story I tell Dave!), weeding out the closet, and delivering spoonfuls of frosting right out of the can to boys playing street hockey. These are good memories. And they’re right here at home. We also checked out a Hawaiian-themed restaurant with terrific pancakes. The boys would love to return for garlic shrimp dinner…like the shrimp trucks we remember from Hawaii. They’re also really enjoying some Marvel movies – Ironman1, Ironman2, Thor, Spider Man. I’m a bad mom – I haven’t made a point of going to the movies or watching many with the kids. I just haven’t found them to be all that great, compared to nature films or documentaries (geek!). If we went anywhere for entertainment, it was usually to concerts – I love live music. BUT – but! It is so fun watching a few movies with them, and it’s a good bonding experience for the two boys. So movies, snacks, down time…what could be better? They think I’m insane for worrying about their spring break. They may be right… 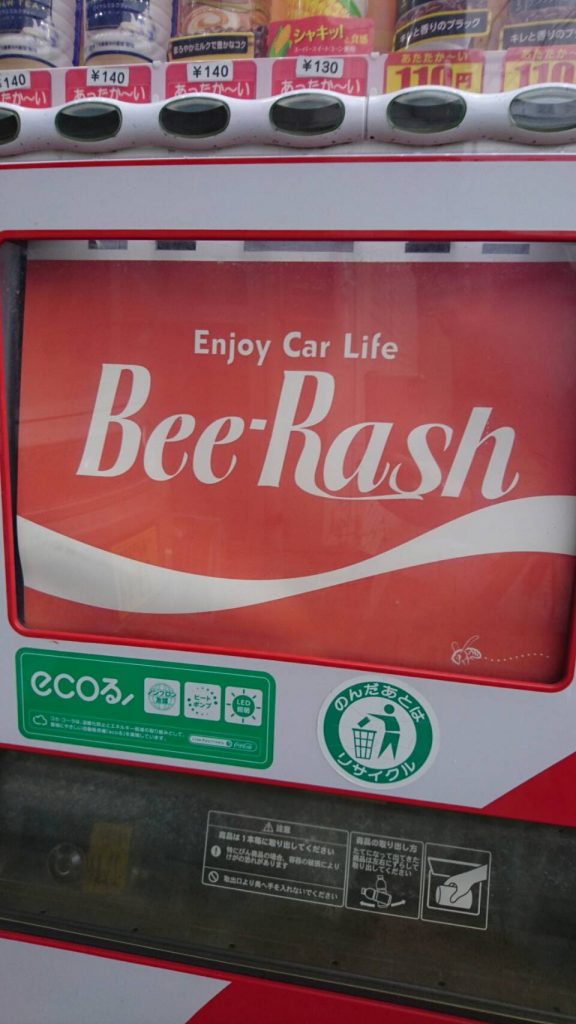 The captions never cease to entertain me. This is on a vending machine I pass on the way to the barn.

However…we do live in a foreign country and I always have the itch to explore. So…

Tonight I took the boys on an excursion to a hilltop park nearby to check out the cherry blossoms. Last week, in the midst of the pre-break frenzy, I needed to cut loose for a bit and clear my mind. I ran for the hills, literally, and visited the cherry trees at Kinugasa Koen just prior to full bloom. I caught the park in the morning, with few visitors. It was peaceful, and as I suspected the hundreds of trees were not in bloom yet, just a few flowers on each branch. Last week, the park was decorated with paper lanterns, the food trucks were on standby, paths swept clean. But the trees were not quite dressed. It was like catching a glimpse of a bride before she emerges. 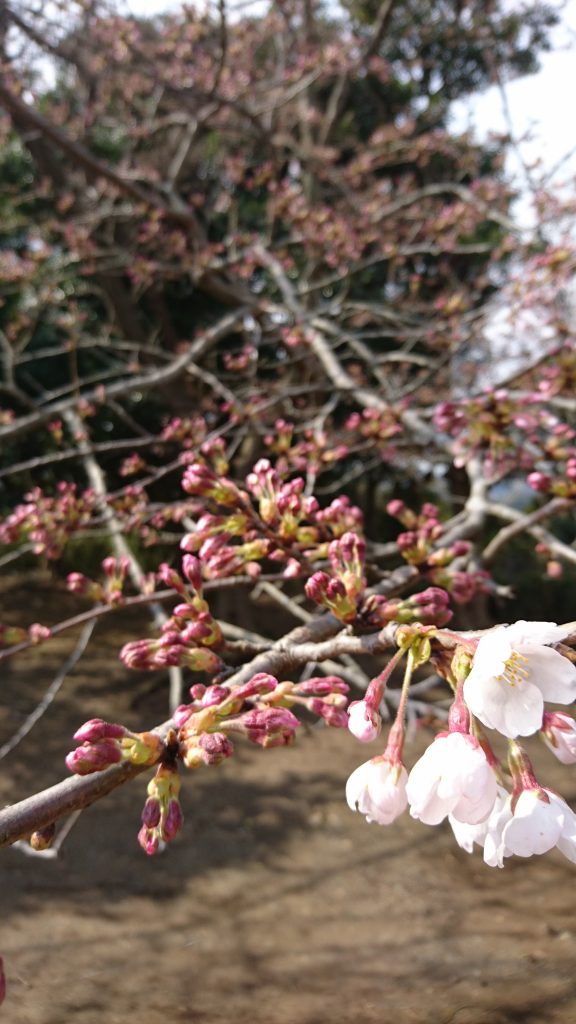 Cherry blossoms (sakura) nearly ready to bloom. A week later (see images for link to album) this tree would be in full bloom.

Today, exactly a week later, they were nearly full bloom when we visited the park at yuugure (evening time). It was very peaceful (except for my companions!). Sam made a few videos to share with friends who he’s working with on a Minecraft server to build floating islands. His specialty is crafting custom trees. Custom digital trees? The guy who resists hiking despite being on the trail since birth? This perplexed me. But I realized a few things while walking through the park at dusk with them. 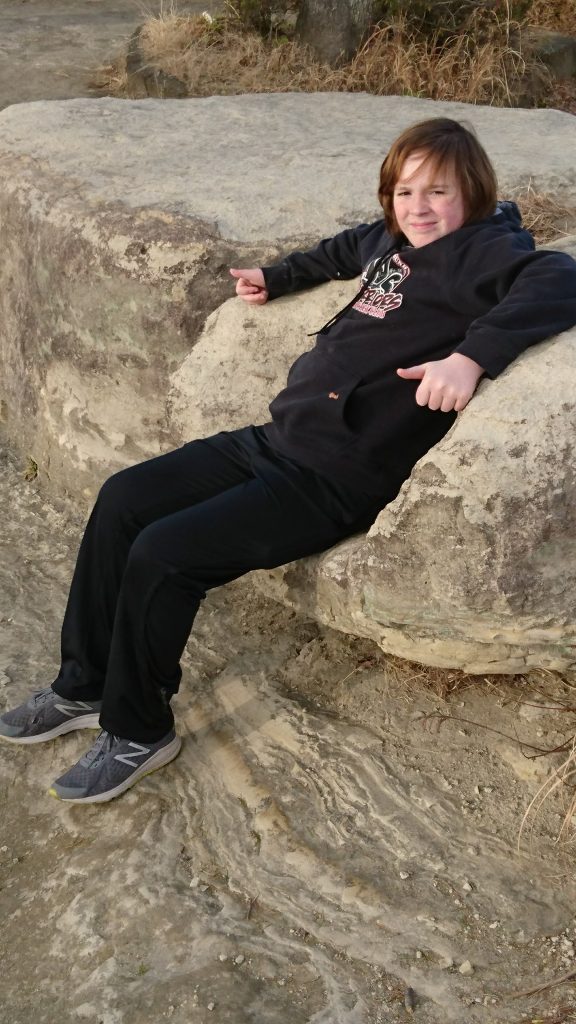 On a walk in Oppama.

I used to think that traveling all over on space-a flights and road trips with them as young children would instill in them a love of adventure. It did, and yet it didn’t, really. No one was eager to move here to Japan. They are people, and they have opinions, relationships, attachments, just like we all do. We cried together as we considered what we’d be giving up in the move last August. But as we find ourselves somewhat tethered here to our new home over spring break, instead of launching further in exploration, they are content. They are happy. Very happy on our own patch of grass, tossing hockey pucks in the air and finding the first worm of spring. 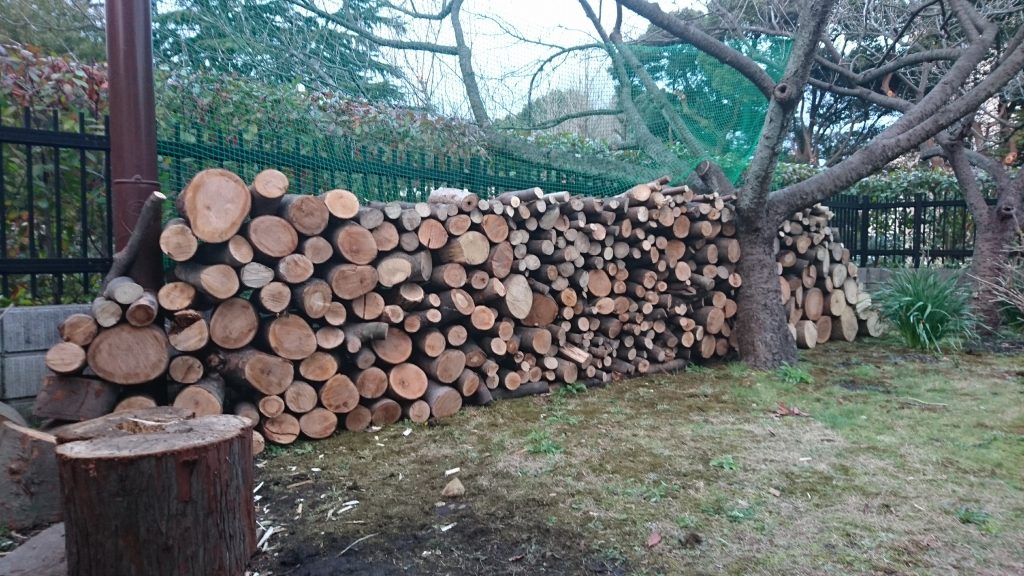 I have a woodpile that is stacked and drying. My split pile is on the other side of the yard. I never thought I’d be so lucky to have a wood pile and actually need an 8lb maul. But I do. All I’m missing is chickens. However, they are not allowed on base, and spontaneous travel makes it hard to care for them. So, we’ve adopted a tiny fish from my dear friend Myoung, who has just moved. We have decided fish are easy keepers for the time being.

Tonight on our dusk sanpo (walk) downhill, back into civilization in search of ramen, that all the adventuring made them “more adaptable.” How right he might be. They do quickly adapt, and become comfortable. And my boy who resists hiking has a profound appreciation for nature and variation in trees. He knows a spruce from a fir, and develops far better and more intricate trees for Minecraft users than the standard tree. Amazing. This week I am being offered a gift – that of time – to get to know them, and assimilate who they are, who they have become, into my own mind. I need to keep appreciating them for who they are, and resist the urge to prod them to become who I think they could and should be. We parents feel so responsible for herding the chickens toward the best stuff…but chickens have a way of finding the best stuff on their own. I will always remember one hen (yes, Wheat!), who needed to be hand-fed for months after adopting her, and absolutely refused to eat a worm that I found for her on one of her first forays out into the garden. She insisted on digging and scratching on her own, a centimeter from this writhing worm by her toes. Amazing.

Boys. I love you. Bloom as you wish, when you wish. 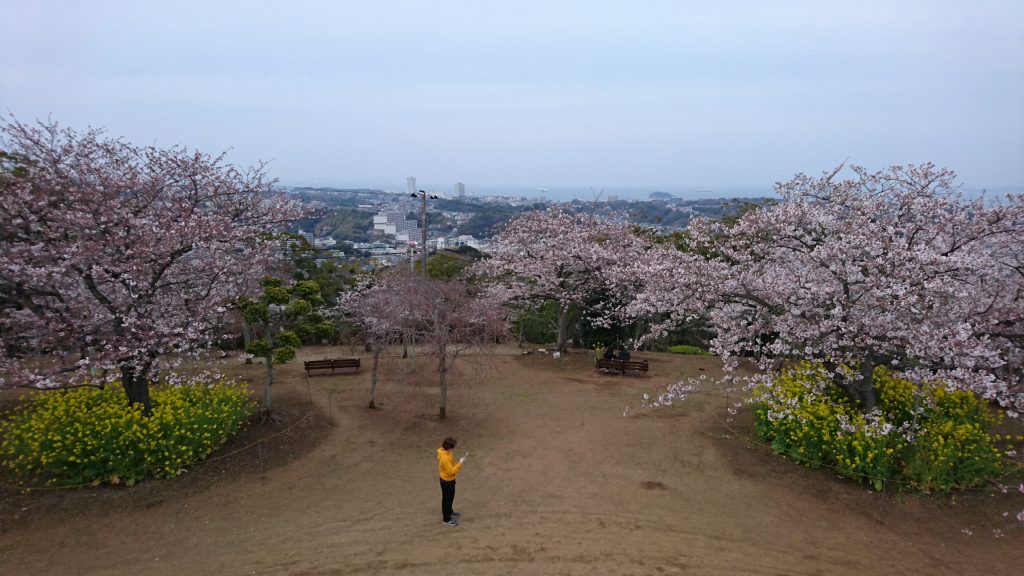 A dusk walk through Kinugasayama Koen to see the cherry blossoms.

The Japanese feel that hanami – cherry blossom viewing – is a time to celebrate new beginnings. I like that. New Year’s has always felt rather arbitrary to me, just a calendar date. Who says you’re really ready for a new year to start? But with buds developing, then blossoms gradually emerging, over a month you can mesh your psyche with the emerging blossoms to become ready for a new year. I like the visual cues. The petals are so papery that I think dawn and dusk are actually the best times for hanami when the petals aren’t overblown in the bright sunlight. It’s also more peaceful, allowing for reflection on the fleeting beauty. The Japanese also consider hanami to be a reminder that life is fleeting and precious, just like the petals which float from the branches within about two weeks.

I hope spring is emerging with hope and joy for you, too.

With all our love,