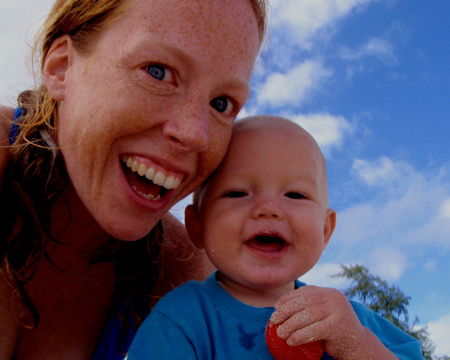 Sam and Ben got COVERED with sand this morning while watching Tito Pig (Uncle Doug) surf. I learned a few more things, but only had a few minutes out on the board before Dave arrived and jumped on. He was taking a break from painting the bathroom, so I was happy to see him out there for a bit. Tomorrow we plan to kayak surf 🙂 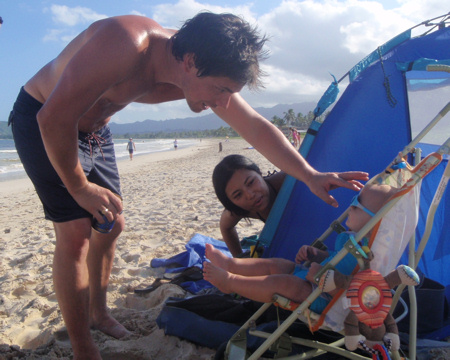 We spent the day at the beach on Friday (I think!) – surfing, paddle surfing, chillin’… had a great time! Dave arrived late in the day after continuing to work on the bathroom. He served us some beach mai tais and then headed out to SUP (stand-up paddle) as well. He did great riding the swells. Doug and I are totally addicted to paddle surfing…that big board really grabs the waves as they come in! The trick is staying on the board, and staying UP! Love it! Above Doug and Mary are playing peek-a-boo with Ben who had just gotten up from a nice nap in the tent. Sam enjoyed romping in the waves, then doing some coconut surfing…line up coconuts and try to step across them or just balance on one foot. Something for everyone at the beach! 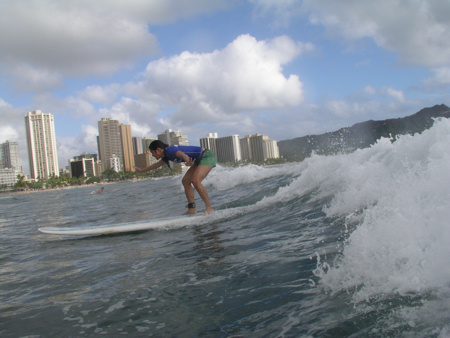 Â Mary is up on her first try!Â 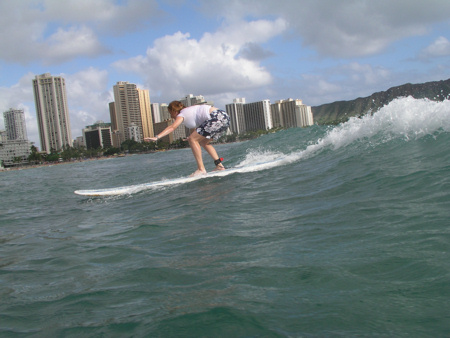 I’m up on my first try, too! The best wave of the day… 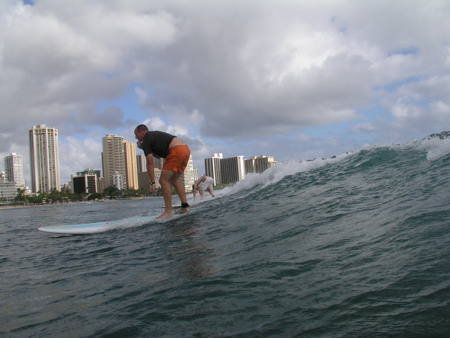 And here’s Dave and Doug in the background. Dave did phenomenally – he got up on his own without the instructor helping with a push from behind (to get the board going). We had so much fun! And the boys (little ones, that is) had a good time sleeping (or pretending to!) in the beach tent on the grass behind the surf shack. Thanks again mom and Richard! 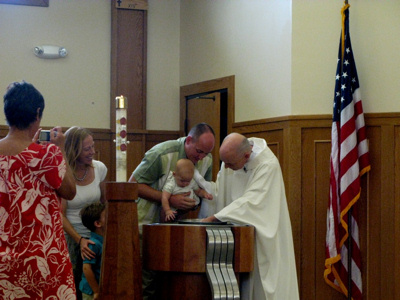 Here is Father House baptizing Ben on Sunday! Doug and Mary are his Godparents. We all went to brunch afterwards at the O Club, then gathered up supplies for the big bonfire – opening ceremonies for the holidays and to celebrate Doug and Mary’s arrival. 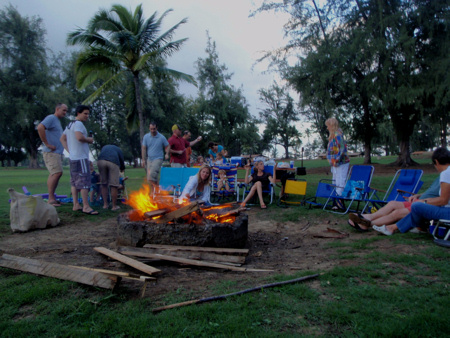 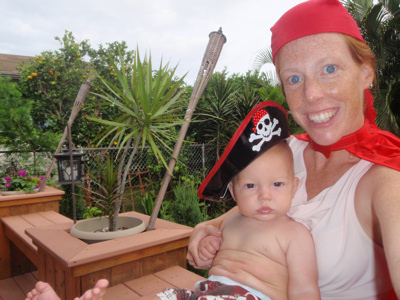 You are 6 months old now! You are almost a little boy and time is flying faster than I could have imagined. Look at your little abs in this picture. And your serious little face. And those heart-shaped lips! We were having a pirate day. You enjoyed getting dressed up just like Sam, and were even sayingÂ AAARGH! I chose this picture because your Aunt Mary (your Godmother!) loved it and sent it to all your East-coast fans. END_OF_DOCUMENT_TOKEN_TO_BE_REPLACED

You remember my baby shower that Angel planned and hosted? Complete with kayak races and prizes? It was so much fun that when our friend April found out she was pregnant with twins (babies 8 and 9!) she wanted a crazy shower, too! So Angel recruited some more friends and this was the result…in her own words in an email to her mom:

Last night before April’s shower I went to Muumuu Heaven for an art show.

Jocelyn is a photographer and was showing her work. Beautiful photos of Hawaiian nature, close up and colorful.

The owner of Muumuu Heaven takes old thrift shop clothes and re-makes them into cute strappy sundresses… and sells them for $100 each.

Princess Liz, Annie, Dawn were there. A new friend, Liisa. I chatted with Jorge and Beth for a while, too. (Hurley)

Then we went to April’s baby shower.

The shower was fun! We were in thisÂ gorgeous house. we were sitting around eating our catered pupus and drinking memosas, chatting like ladies.

Then around 6:45 April decided to make her grand entrance. [We had all been wondering where she was!]

All the lights went out and a strobe light in the hug stairwell started. Loud music was pumpingÂ and April appeared by the rail three levels up.

She was wearing a slinky maternity dress and started dancing and strutting down the staircase. We were all whistling and clapping and whooting! ha! After that entrance, the party got crazy.

Allison Krug and I helped with the games. Alli is so lovely and goregous, she just doesn’t know it.

We had the poopy diaper toss. When Alli tasted the poop everyone went wild! The prize was a toilet seat. ha!

There was the don’t break the water race (water baloon between knees) and a watermelon race.

One relay our team members had to wear a house coat (like the kind you like), a shower cap, carry a grocery bag with daipers and champagne, two babies, a cell phone, and a mocha latte. they had to run across the yard and undress and re-dress the other team mate and do it all over again.

Â It ended with a prettiest baby contest.

Everyone made baby faces on paperplates with glued on google eyes and gems and feathers. Then Princess Liz presented a banner and tiera for the winner. and the top three got barbies.

April had us all take a trivia about her. It was so funny!

One question was something like: All April’s children were fathered by Jeff. Ture or false. ha!

For the bonus question we had to match the names of her children with their ages. She has seven, six are boys! That was hard! These twins she is carrying are girls.

for names….Maybe Scarlet and Violet…..Jeff has to warm up to the names.

A very pretty blond lady was there, playing the games, drinking wine, laughing…then April called her MOM and everyone was shocked! She flipped her hair and smiled and said, “Yea, I’m April’s mom.” with a giggle.

April said, “We have a family tradition where you have to have a baby when you turn 18.”

April got a designer daiperbag. she said it is her first daiper bag. she usually just throws a daiper in the car.

She got some daiper changing pads and other things she had no idea what they were….it was too funny. Babies #8 and #9 and she doesn’t bother with all those things…

OK, so right when everyone was sobering up enough to drive home, Annie, with her cute Scottish accent, says this is the first real shower she has ever attended, she has only seen them on TV. hee hee

It’s extreme bathroom remodel,Â holiday edition at Kamp Krug. Our master bath was always a pit – the previous ownersÂ painted and put some trim up to disguise the ridiculous toiletÂ and shower. They really were master stagers. They made $250K on the house (doubledÂ their investment in about 5 yrs) andÂ didn’t do much more than paint to sell to us. We’re paying the price. Last holiday we remodeled the kitchen before Ben arrived. This year we’re remodeling the bathroom – the last big dig – beforeÂ family arrives for the holidays. WeÂ didn’t plan to do it this soon, butÂ the drain clogged and the right guys came along with a hole in their schedule…so away we go! From zeroÂ toÂ zoom within 12 hrs! Dave sourced everything in about 5 hours of running around yesterday. I gave him my vision – spacious and spa-like on a budget – and heÂ ran with it beautifully. But the real hero is my mom…the boys are napping at her placeÂ as I (try to) focus on my workÂ while project managing the bathroom, sourcing turkeysÂ for Thanksgiving at the beac with an unknown number of attendees (20-30? am I the turkey here?!), bonfires, a machete for carving up sticks to do coconut cracking, buying watermelons for a crazy baby shower game tomorrow night…whew! My head is seriously spinning. Â

Thank you, mom, for being myÂ lifeline this week! You can spoil them a wee bit today if you like! Lots of love…me

We were at the Bishop Museum today (Sam’s favorite place to check out volcanoes, extinct stuff, and the planetarium) with our adventure buddies when we stumbled (quite literally) across a lizard without a tail. Then I noticed the tail nearby! Check out the video….

“Can you catch the naked turkey?!”

Picture Sam, freshly bathed, romping around in the bedroom squawking and hollering as Dave tries to wrangle him into his jammies and Ben is looking on in shock and awe. Dave and I had tears in our eyes laughing so hard!

We love the holiday season as a time to celebrate friendship and family. And of course it’s a good excuse to have parties and BONFIRES! I thought I should take a second to post two parties coming up. END_OF_DOCUMENT_TOKEN_TO_BE_REPLACED 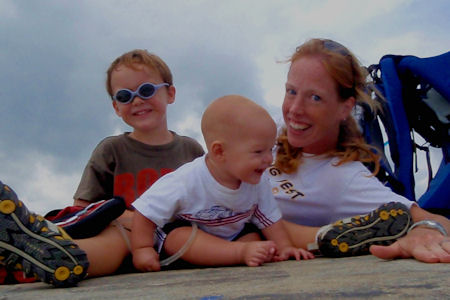 Sam and I have been reading about the first Thanksgiving, and inviting the Indians to share in the bounty. So he is very curious about Native Americans right now. END_OF_DOCUMENT_TOKEN_TO_BE_REPLACED

moonrise over the mokes 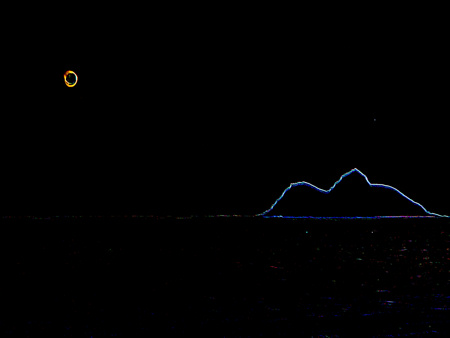 It was a super busy day around here today, so we decided to stick with the plan to go see the moonrise over the Mokulua islands as a way to unplug from it all for just an hour. It was a great time. Gramma brought ice cream sandwiches for the boys and we had our picnic on the beach. END_OF_DOCUMENT_TOKEN_TO_BE_REPLACED 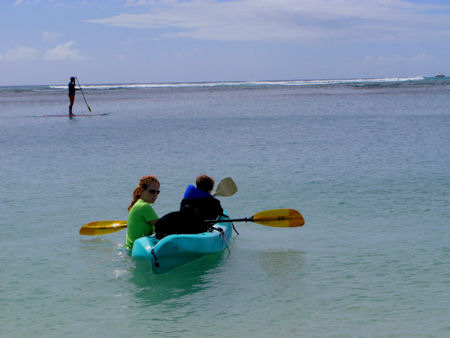 We enjoyed a day on the water with Mom and Richard on Sunday – “makai” in our rotation from ocean to mountain (“mauka”). We think that’s the best way to enjoy all the outdoors has to offer here 🙂 Above is Dave stand-up paddling at Ala Moana Beach Park. Mom stood up and paddled, too!!! END_OF_DOCUMENT_TOKEN_TO_BE_REPLACED

Whatever your vote, it was an historic day yesterday. I don’t comment on politics here but the momentum generated yesterday, engaging a sweeping cross-section of voters in the political process, is good for our country. I am exhilarated and disappointed at the same time.Â Certainly Obama represents change on many levels, and the world is taking notice once again that nothing is impossible for Americans. I hopeÂ yourÂ promises prove substantive. We wishÂ you well guiding usÂ – you have our prayers already.

On the other hand I revere McCain – he is a modern-day hero with a love of country tested and tried in a way few can comprehend. Your storyÂ compels me to tell my sons about you -Â Sam already recognizes you and knows who you are.Â The Presidency would have been a fitting capstone for your lifelong service. Thank you for your enduringÂ example. 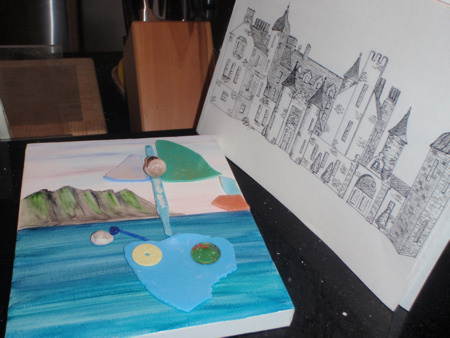 Sammy has a cold and Dave has been working on a paper all weekend, so we’ve been laying low around the house a bit more. I used the time to finish up some art projects. The one on the left is for the boys’ room – some trash we picked up off the beach seemed to look like a pirate ship (complete with crow’s nest!), out hunting a whale… The other drawing is of Skene House for a lady related to our family long ago. She liked my Skene Towers drawing and asked me to do one of the house (really more of a castle). This is where Doug and Mary will be getting married in April…